Home
News
2017’s Formula One Cars Are Pulling 1.3G’s More Than Before
Scroll Down To Discover
News

Formula One cars are now more taxing on the body than being a fighter pilot in a dogfight. 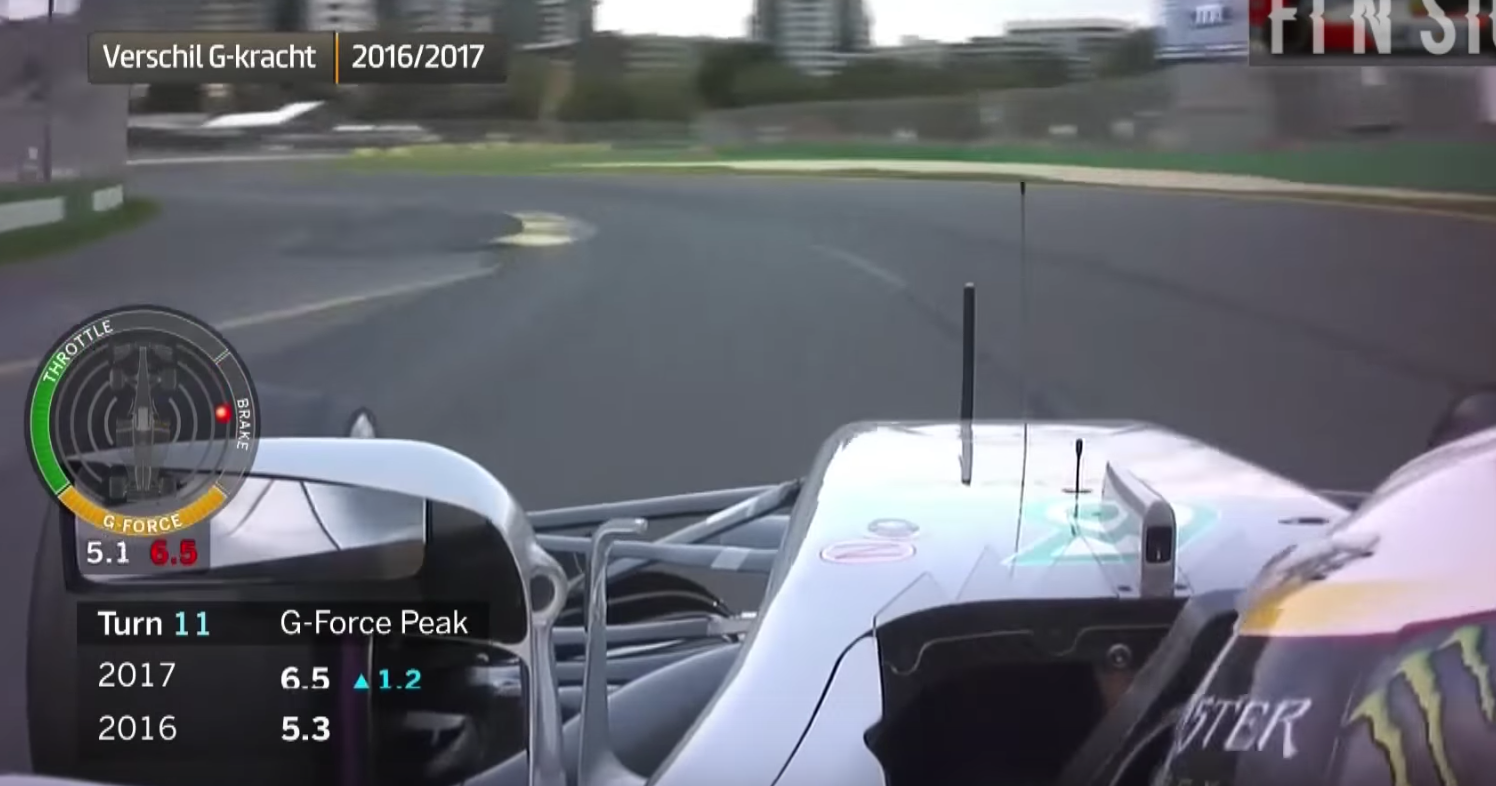 © 2017’s Formula One Cars Are Pulling 1.3G’s More Than Before
Share This
Article:
Font size:
Write a Comment Report
Print

2016's and 2017's Formula One regulations differ immensely. This year has introduced wider tires both front and rear, wider wings front and rear, a wider floor, and the engine development-restricting "token" system has been scrapped, with the goal being faster cars. All sorts of unprecedented new parts have debuted as well, such as the shark fins, which last appeared before the 2009 season, and the T-wing, which made use of an absence of rules regarding aero elements in a location between the end of the shark fin and the leading edge of the rear wing. As a result, the new cars are significantly faster than their predecessors, with the 2016 pole position time set at 1:23.837, and the 2017 pole time at 1:22.188, which is approaching two seconds faster per lap.

Due to the increased drag, as a result of the higher downforce, the new cars are not quite as quick on the long straights, such as the main pit straight, so their speed and time gains are entirely in the corners. As the Ziggo Sport video below shows, peak lateral G loading is 1.3 higher than in previous years, as high as 6.5 lateral G's. For those that don't know, G-force is essentially a way to refer to acceleration, sometimes relative to changes in direction. For some frame of reference, even hypercars that bend the laws of physics, and push the limits of modern technology don't put up G-force numbers like that— the McLaren P1 peaks at 2.4 lateral G's.

The only place that humans could experience such intense acceleration forces for a long time was in fighter jets, where pilots can pull up to 9 vertical G's. If a 150 pound person were to experience 9 G's, it would feel as if they weighed 1,350 pounds. In other words, driving a 2017 F1 car is like a person lying on their side, and having five clones of themselves lay atop them. Not for an extended period, of course, as that is when loss of consciousness occurs. Nevertheless— some people can black out from only 3 G's of force, so that makes one wonder how F1 drivers can finish a race without breaking half the bones in their bodies. Maybe the rest of us should be drinking more milk.