Porsche’s pricey new toy has a few tricks up its sleeve, including a special socket on the roof to power rally lights. 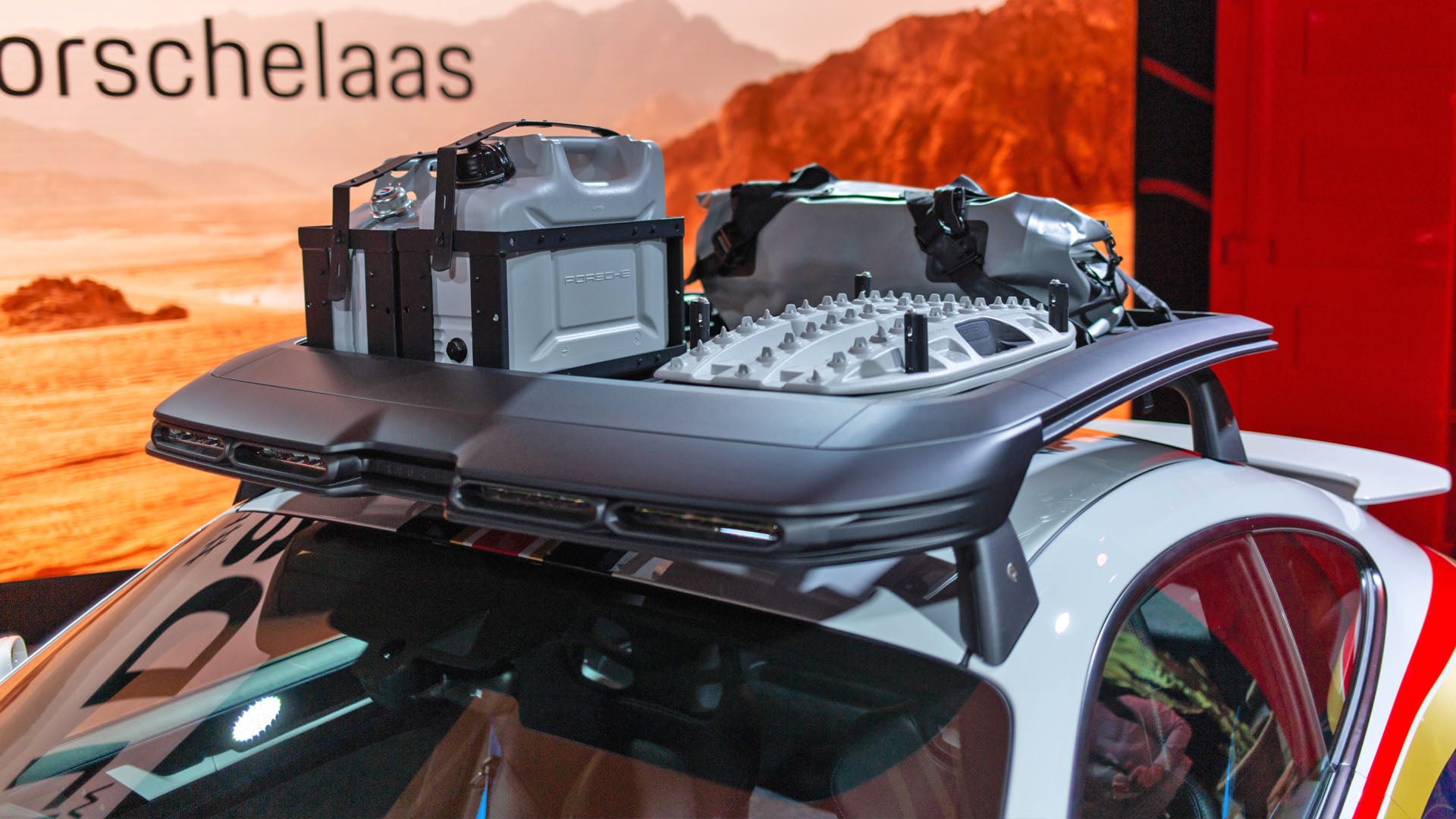 The $225,000 Porsche 911 off-roader has been revealed and, along with it, a slew of cool and purpose-built extras we've never seen before. The classic (faux) Rothmans livery is the big one, but another visible add-on is the car's roof rack. It's functional, capable of holding over 90 pounds of stuff, and it also has a unique lightbar powered by the vehicle's electrical system.

The roof rack and the lights are sold separately as "after-sales" items, a Porsche spokesperson told The Drive. So, it's essentially an OEM accessory. Even so, every Dakar 911 comes from the factory with a special socket in order to provide power to the lights. It's the little plastic bump on the roof that looks like a radio antenna. That's a lot more elegant than running a wire through a cracked-open window. That's what I would've done.

The power of the lights has not been stated, but they look pretty slim. It's unclear if they'll provide much useful lighting for camping or off-roading, or if they're mostly just for looks.

Porsche says the rack can be used for "spare gas and water canisters, folding shovels and recovery boards." As previously mentioned, it only holds around 90 pounds of stuff, though. So don't fill your Porsche-branded duffel bag with sand, basically. Bad move. Also, don't carry more than 10 gallons of water or fuel.

There's currently no word on how much the lights or roof rack will cost. The Dakar itself is arriving at dealers in the Spring of 2022, so we'll likely know more about the cost of these accessories closer to that date. Expect them to be expensive. Porshe is not only known for having pricey add-ons, but this car is already a limited-edition, low-volume machine. Even the smallest accessories will be thousands of dollars, not tens of thousands.