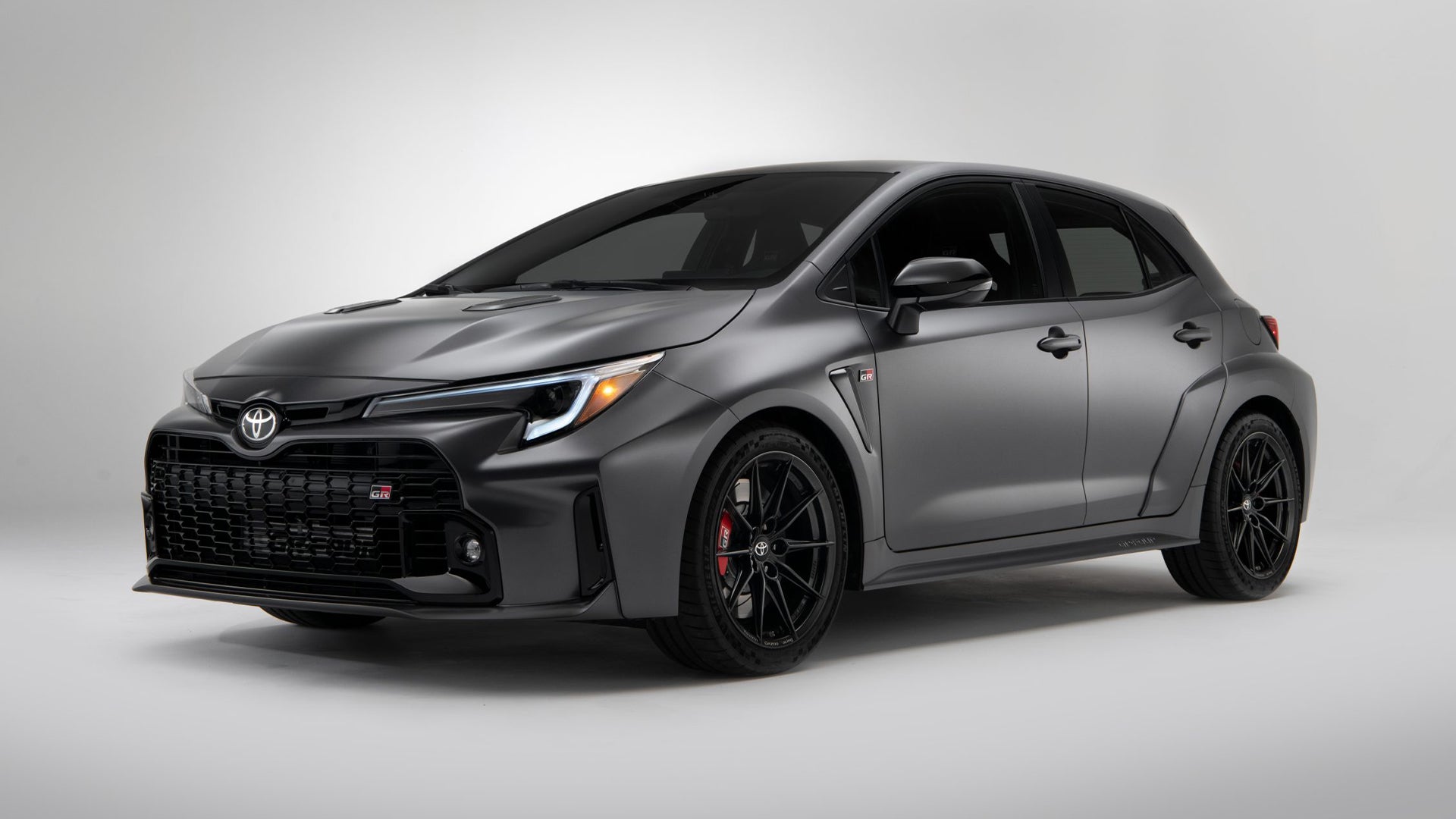 You were wrong if you thought the GR Corolla couldn't get any more desirable than the illusive launch-year-only Circuit Edition. Toyota massaged the upcoming hot hatch into something bolder and more motorsport-oriented: the GR Corolla Morizo Edition.

While this might look like any other GR Corolla, trust me, it isn't. Despite not wearing any special badging, the Morizo Edition revealed Wednesday is tuned for racing more than the GR Corolla Core or Circuit Edition. It's torquier, lighter, and bears a rather important name—this is what "going out with a bang" looks like in the looming era of electrification.

Behind the torquier engine sits an exclusive close-ratio gearbox with a shorter differential that provides better acceleration across the Corolla's power band. The chassis was made more rigid by adding additional floor braces and a rear strut brace and was finished off with an additional 349 spot welds and nearly 20 feet of additional structural adhesive. It also went under the knife for a significant weight reduction.

A forged carbon roof from the Circuit edition is included on the Morizo, but even more weight is shaved off by gutting the rear of the car. The back seats and rear-passenger appointments (like door speakers and window regulators) were removed, as was the rear wiper and motor—every ounce counts here. In total, Toyota says that it was able to shave off 100 pounds versus the Circuit Edition, bringing the total weight to an estimated 3,186 pounds.

A set of black 18-inch forged wheels also make it onto the Morizo Edition, complete with Michelin Pilot Sport Cup 2 tires. For track day, engineers ensured that enough space for an extra four wheels could be found in the space once occupied by the rear seat. Toyota says that it also painted the shock absorbers for some extra boy-racer color pop and will precision-tune the car's suspension to feel more racing-inspired.

By now, you're probably wondering what the heck is a "Morizo" and why did Toyota feel the need to make a specific GR Corolla version with the name?

Morizo is the name of Toyota's master test driver. Well, sort of. It's a pseudonym used by Toyota's president Akio Toyoda while behind the wheel of any performance car, including when he competed in the 24 Hours of Nürburgring back in 2007 when Gazoo Racing was founded. The name was given to soften the blow (both internally and externally) that Toyoda was competing in motorsports while working daytime as the company's president, like a mask that allowed the executive to hang up his suit and express his love for cars. It might make a bit more sense why the GR Corolla's more motorsport-tuned trim bears the name of this important figure.

As if the GR Corolla wasn't going to be hard enough to get (hello, dealer markups!), the Morizo Edition will be even more exclusive.

Let's go over some numbers. Toyota said it will build around 6,500 units of the GR Corolla for the 2023 model year. Of those, 1,500 will be the limited Circuit Edition (which feels impossible enough to snag given its one-year-only stint on dealer lots). And the Morizo Edition? Only 200 examples will be built for 2023, and no mention of what could come after that. So get in line, especially if you want something that will take you to work during the day and still hold its own on the track at night...kind of like Morizo.