VW will produce “about 1,800” of these special edition Golf Rs. We’re not sure what that means either. 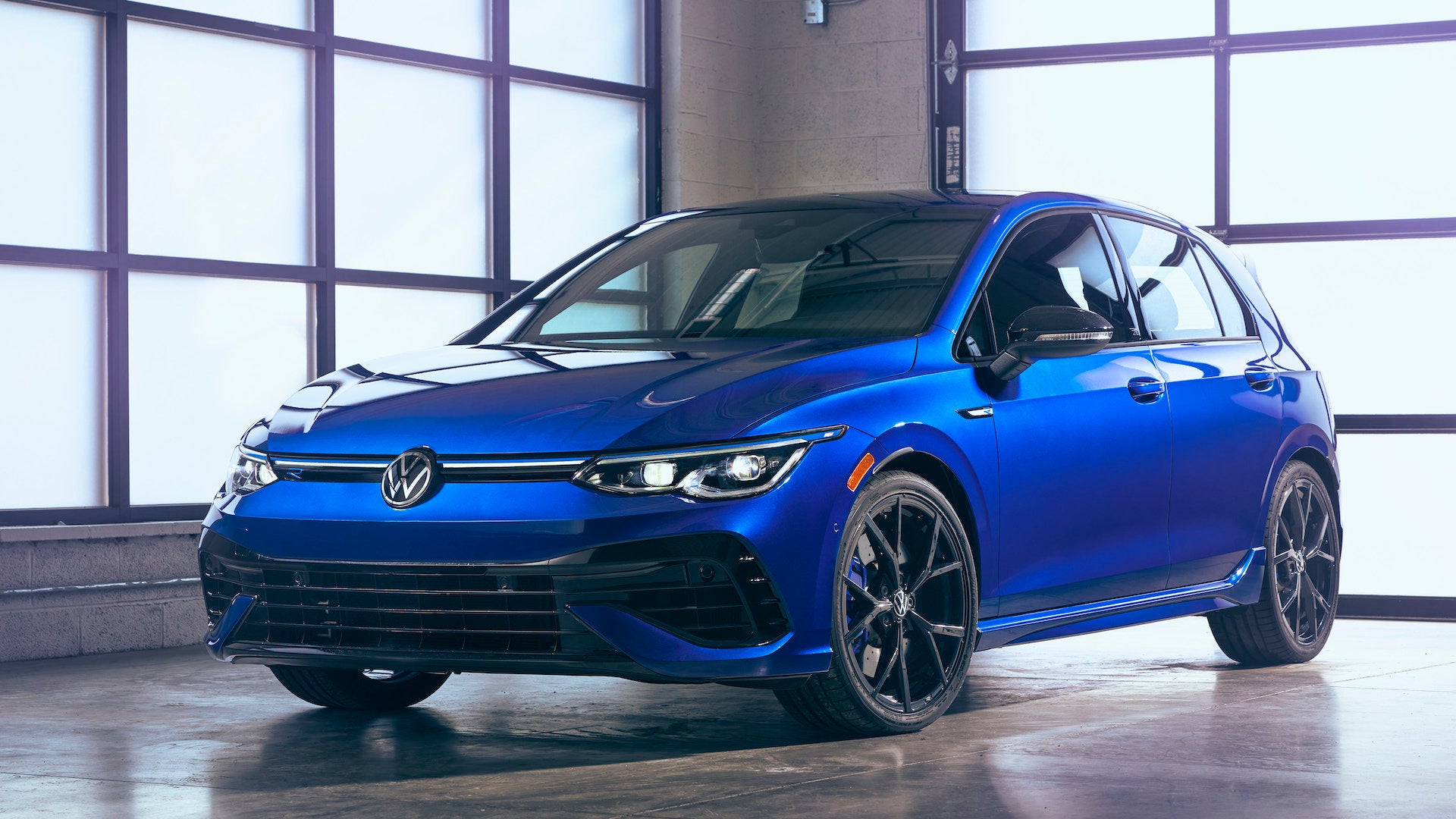 Volkswagen is releasing a special edition of the Golf R to celebrate two decades of the all-wheel-drive VW hot hatchery—the genesis being the Mk4 R32 from 2002. About 1,800 units of the 2023 Golf R 20th Anniversary Edition will be produced, according to VW, so perhaps it will build 1,797. Maybe 1,811. Not really sure yet.

Anywho, Volkswagen sets the 20th Anniversary Golf R apart by not giving it a sunroof to save weight, painting its 19-inch wheels gloss black, and fitting summer performance tires. As a production VW-first, real carbon fiber trim is used on the interior. Blue R badging is found throughout (even on the key fob), puddle lights shine "20 R" onto the ground, and "20" badges can be found on the B-pillars.

This special edition R can only be had in blue, black, or white but, a little weirdly, the mirror caps do not match the rest of the car. Blue cars will get black mirror caps while units painted black or white will receive—blue mirror caps. Yeah, I don't get it either.

Performance remains the same as the regular Golf R. An EA888 turbo-four makes 315 horsepower—exactly the same as the new Honda Civic Type R, if you haven't heard—and can be paired to a six-speed manual or a seven-speed dual-clutch auto. Unlike its less powerful, front-drive GTI sibling, power goes to all four wheels with the rear axle capable of torque vectoring. Driving it last year, the Mk8 Golf R proved to be as capable and predictable as you'd expect as a driving machine—while admittedly not being all that distinctive—but is let down by a seriously frustrating, touch-only user interface.

Manual versions of the 2023 Volkswagen Golf R 20th Anniversary Edition will start at $46,035 while those wanting the DSG will pay at least $46,835, $650 up from the regular, non-anniversary version.