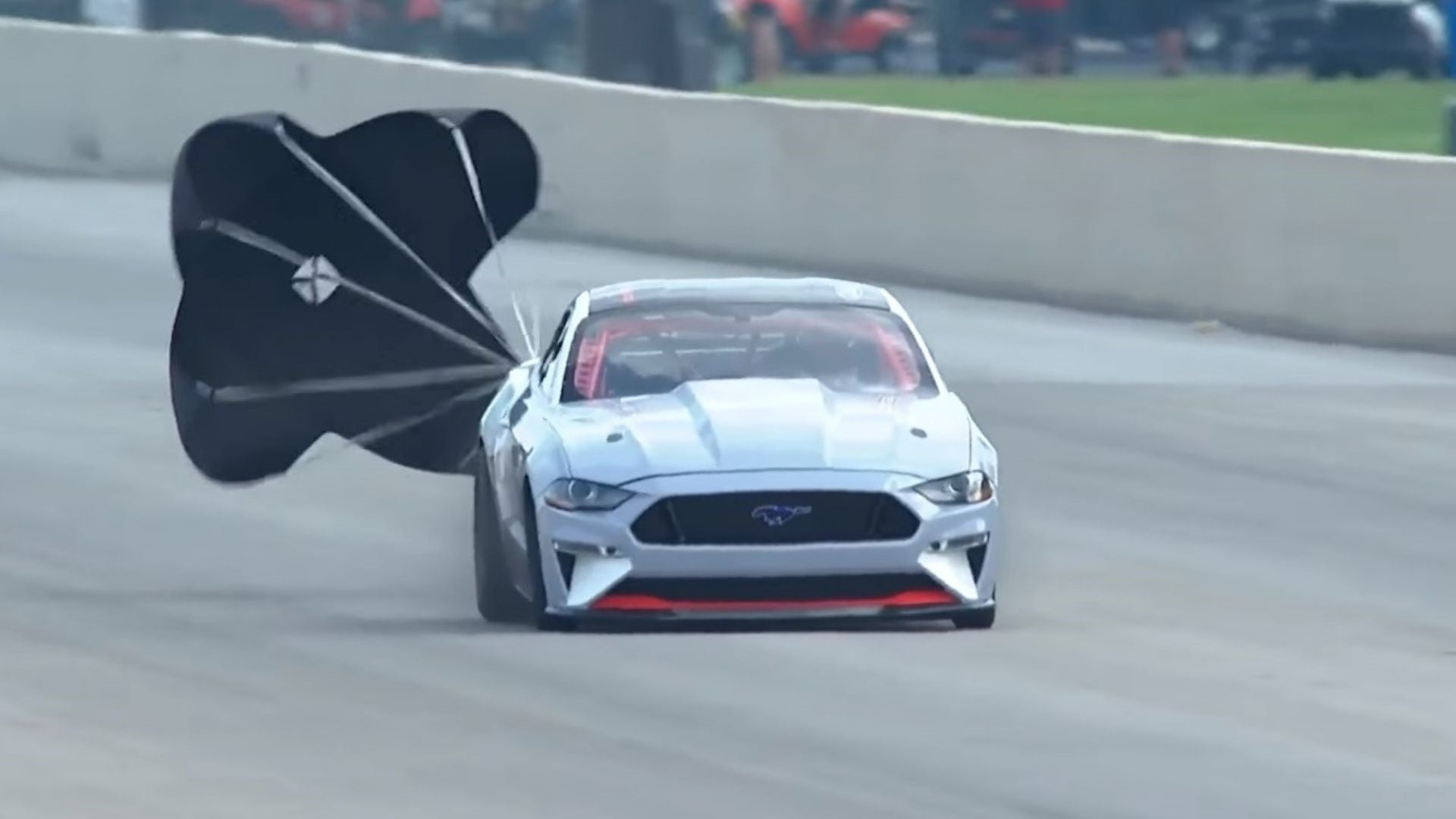 The name of Ford’s all-electric Mustang Cobra Jet 1400 may be somewhat misleading, since it’s throwing 1500+ hp to the rear wheels instead of 1400. Ford says that’s the equivalent to three 2021 Mustang GT V8 powerplants combined, and the Cobra Jet 1400 Mustang has proven its mettle (and metal) most recently at the Summit Racing Equipment NHRA Nationals at Summit Motorsports Park in Norwalk, Ohio.

"Man, that thing hovered the front end a long way out there," the announcer says during the video. "Whoa, that thing may go into the sevens before that's over with."

According to Ford Performance, this car was built in a collaboration with Cascadia Motion for the inverter and motors and Watson Engineering for the chassis support and development as well as the roll cage. This is Ford’s first factory fully electric dragster prototype, launched in April of last year. Inside the car, four PN-250-DZR inverters are mated to a pair of DS-250-115s, designed to spin up to 10,000 rpms.

This wasn’t Tasca’s first record-setting run: in 2007, he broke the record for the quickest pass in alcohol-fueled funny car history at 5.451 and 263 mph, and he was the first Ford driver to break the three-second barrier. On Tasca’s Facebook page, fans were split in their assessment of electric cars on the drag strip.

“There’s something so satisfying to see 1500 hp going around a track and all you hear is the squeal of the tires,” one wrote. In the other camp, another proclaimed in a run-on sentence, “I have to say it wouldn't be the same without the sound and smell of race fuel I won't pay to go see electric cars go down the track seems boring.”

It's nice to watch a race without having to bring ear protection, but does it feel as exciting? Tell me what you think.

Got a tip? Send the writer a note: [email protected]