Let’s be real, even Dodge couldn’t build something like the Hellucination nowadays. 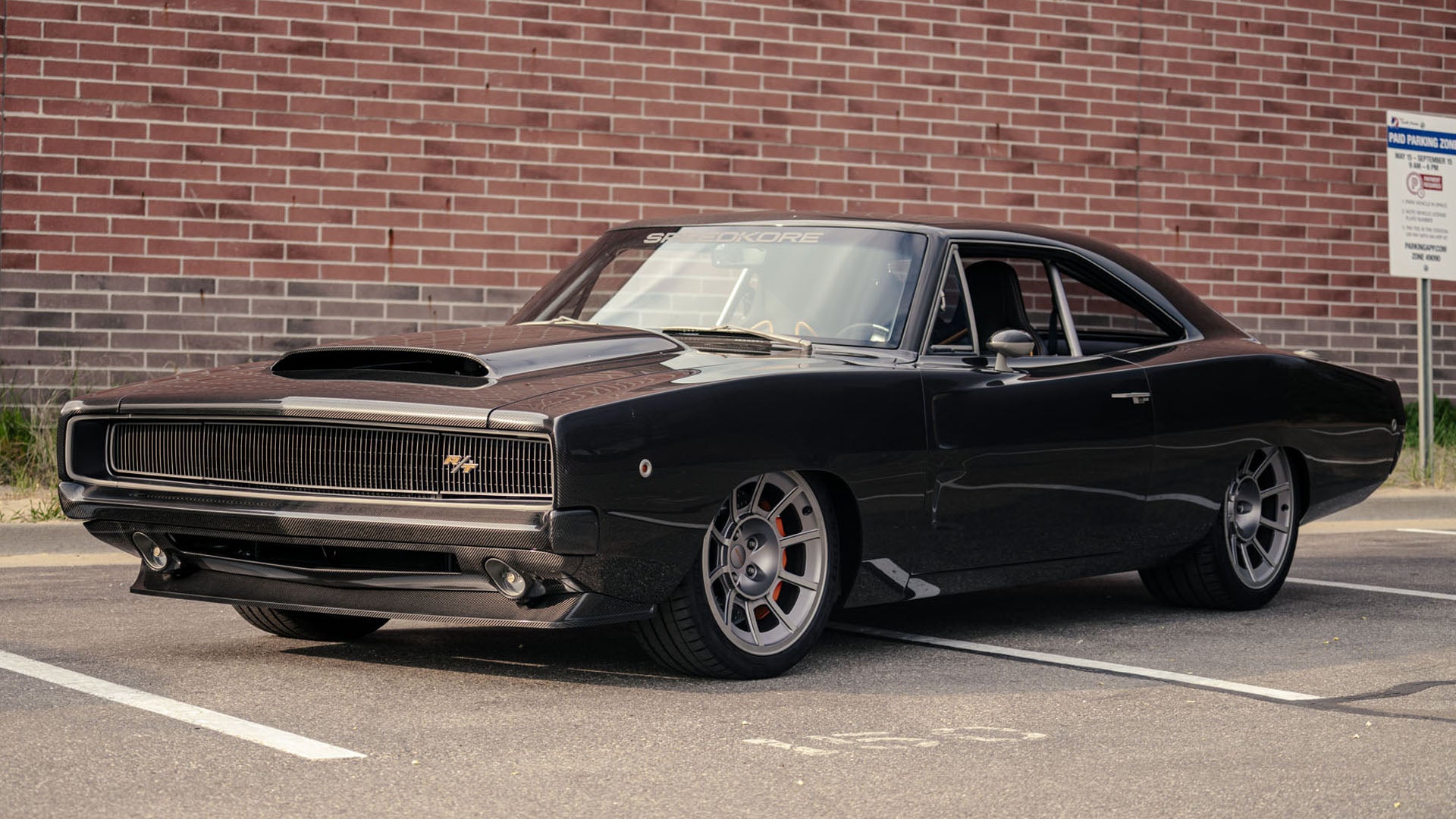 Ralph Gilles, Stellantis' design boss, has finally gotten the keys to his new car. No, it wasn't a chip-delayed Hellcat or something "basic," it's a vehicle he's had custom-built on his own dime; a 1968 Dodge Charger dubbed "Hallucination" built by SpeedKore. It is, to keep it short, an absolute beast. Despite its classic looks, It's made almost entirely from carbon fiber and features a 1,000-horsepower, supercharged V8.

The project started back in 2019, but it's taken all this time to get the project just right (the pandemic allegedly didn't help). Gilles—rather unsurprisingly—had a huge part in the design of the car, which features no paint, just bare, clear-coated carbon. Nearly everything with the exception of the bespoke steel frame and roll cage is made from the lightweight composite. The doors, hood, floor pans, body panels, just about the whole enchilada. As for the other parts, well, they're some impressive metal.

The beating heart of Gilles' new ride is a 7.0-liter Hellephant crate motor from Dodge producing the aforementioned four-figure horsepower. It sends all of its power to a pair of 345-section rear tires through an eight-speed automatic transmission. The forged wheels on the car were also custom-made by HRE for the occasion. That's the kind of stuff you get to do when you've helped develop some of the most iconic cars of the past few decades.

Thanks to all the carbon, the new car weighs an estimated 3,600 pounds, which is light considering the sheer scale of the '68 Charger and the mass of the engine. Capitalizing on the car's newfound weight savings are Brembo brakes at every corner. Six-piston calipers on the front axle and four-piston calipers on the rear clamp down on massive steel rotors. The suspension is sourced from a variety of vendors and it is, of course, far from stock. The front axle now features double wishbones from Detroit Speed and the rear is a custom four-link solid-axle fabricated by SpeedKore itself. Penske dual-adjustable coilovers complete the picture, with the front and rear swaybars also coming from Detroit Speed.

SpeedKore's Owner and President Jim Kacmarci calls the car "our most extreme build yet." Gilles is also pleased, to say the least. He says the Hellucination is "about fusing the best of modern muscle tech as faithfully as possible in an all-carbon-fiber body that honors a legend that still looks great 54 years later," and that goal has clearly been met. "The ‘68 embodies so many fascinating details and amplifies the Dodge ethos perfectly," he said in a press release. "We still use it as a spiritual reference to this day as we design the next generation of performance cars."

Gilles' own '68 is far from original, obviously—it took 6,000 hours to get it to where it is now—but he's right: to say this isn't a proper Charger would just be wrong. It's true to the spirit of the classic muscle car, just turned up to 11. Dodge itself is doing that a lot these days, especially considering it's working on an electric muscle car with all-wheel drive. Let's be real, though, even Dodge can't build something like the Hellucination anymore—that's still up to visionary designers like Gilles and talented aftermarket builders like Speedkore.