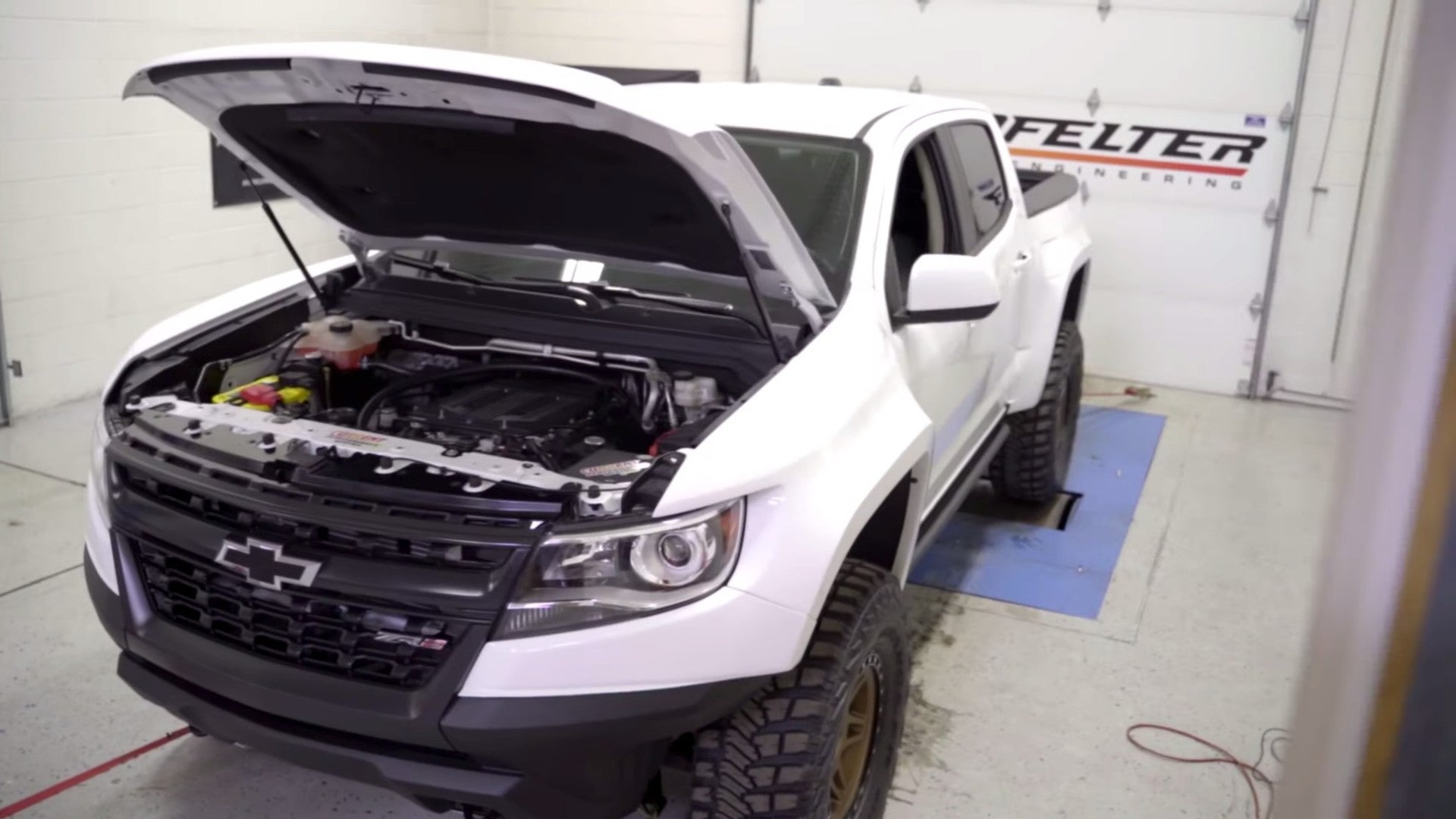 The Chevrolet Colorado ZR2 is a formidable off-roader, capable of going where many other trucks can't thanks to its agility and relatively teensy size. It packs a slew of four-wheeling equipment including front and rear locking differentials, Multimatic DSSV shocks, and a two-inch suspension lift over the standard Colorado. However, it's not known for having the most power as its most potent engine option is a 308-horsepower, 3.8-liter V6. Legacy GM tuner Lingenfelter is looking to negate that issue, though, as it's currently working on an LT4 V8-swapped ZR2 with nearly double the factory horsepower.

A customer commissioned Lingelfter to transplant the supercharged 6.2-liter, which makes 650 hp and equal torque in the stock form, into their Colorado to start with. Then, they opted for one of the company's upgrade kits which sends the midsize pickup into yet another power bracket thanks to a new supercharger pulley and belt, Green Air filter, NGK spark plugs, and custom tuning. The result is approximately 720 horsepower at the crank, or 13 more than your standard Dodge Hellcat.

Of course, given the ZR2's larger tires and 4x4 running gear, there's a decent amount of loss before that output reaches the wheels. Lingenfelter measured power to the ground at 534 horsepower and 526 pound-feet of torque—still more than double the factory V6's actual power at the wheels.

An eight-speed automatic transmission from GM's parts bin was also installed to maintain the LT4's added power, helping this Colorado run as if Chevy had built it this way from the factory.

The result is a raucous exhaust note that's more familiar coming from a supercar-slaying domestic than a trail-riding truck.

This just might be the ultimate engine swap for the Colorado, and it's genuinely impressive that it fit without major modification. Whereas you'll normally find the power plant in a Cadillac CTS-V, Chevy Corvette Z06, and Camaro ZL1, there's no denying that it makes the ZR2 a force when the going gets rugged. Hopefully the owner's next round of upgrades includes body armor because those off-road obstacles are going to be coming a whole lot faster now.