Charging level plays a crucial role in how you can use an EV. 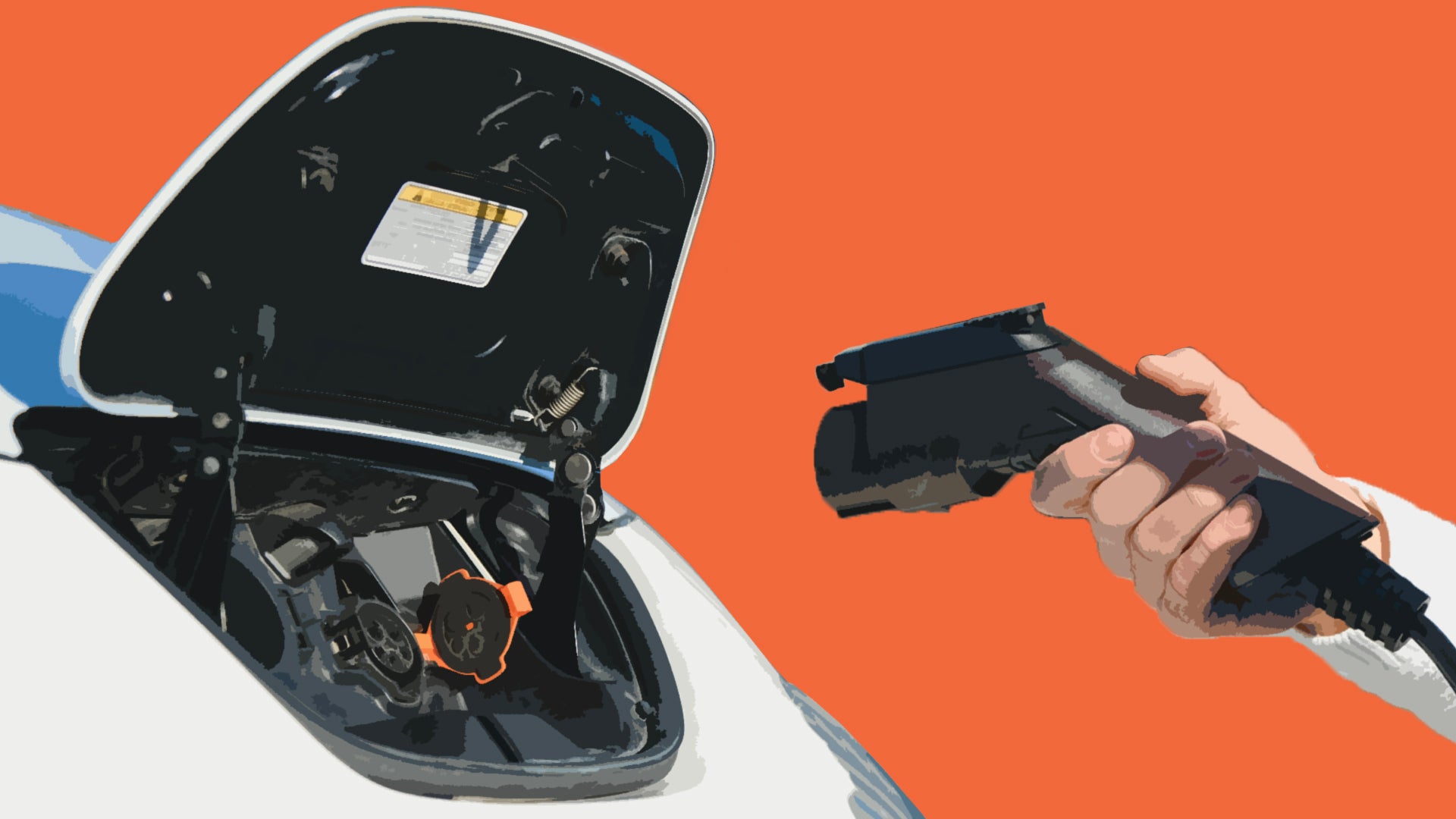 There are plenty of reasons to be skeptical of electric vehicles, but the rather simple misunderstanding of how they charge shouldn’t be one of them, so we’re here to help. Here is an easy-to-follow explanation of what EV charging levels are.

As of this writing, electric car charging types are organized into three basic categories: Level 1 which is very slow but easy to do almost anywhere, Level 2 which is a bit faster, and DC fast charging sometimes referred to as "Level 3." Unfortunately, it's not really possible to accurately say how many miles you're going to get out of a given amount of charging time because every car and scenario is a little different. But we'll be able to give you a good overview here.

Level 1 charging uses the most ubiquitous, easy-to-find power source there is: A typical household 120-volt power outlet, the same type that's used for phone chargers, TVs, and pretty much every other electronic item you might own. Most new electric cars, with some exceptions (cough, cough Tesla), will include a charging cable capable of plugging into any 120-volt outlet. And both Level 1 and Level 2 charging use the same style of plug, the SAE J1772 standard. That is unless it’s a Tesla again, which uses its own plug. Not unlike Apple’s Lightning port to everyone else’s USB-C.

However, Level 1 charging is very slow—wattage is amps multiplied by volts—and most grounded household outlets are 15-amp outlets, and most vehicles and Level 1 power cords are designed to draw power well under this limit in the interest of safety and heat. For example, the 2022 Chevrolet Bolt and Bolt EUV will only charge at 8 amps on Level 1. Charging at 12 amps requires a manual override, and the car will warn the driver of potential risks from an overstressed cord.

As mentioned, those charging speeds are very slow, equaling 880 watts per hour (0.88 kWh) for the 8-amp rate, or 1.32 kWh for the 12-amp speed. In a car like the Chevrolet Bolt EUV, a full charge on the faster 12-amp speed would take around 50 hours.

Still, Level 1 charging can be useful and can serve as a great way to trickle charge or keep a vehicle topped up when it isn’t in use. Or, for cars with tiny batteries, like my 2012 Mitsubishi i-MiEV, Level 1 charging is sufficient to recharge the vehicle in nine to 12 hours, or essentially overnight.

Level 2 charging stations, which one could have at home or find in a public parking area, use 240-volt power. In your house, a 240-volt outlet is what you’d use for an electric stove, washing machine, or dryer. They generally need to be installed by a professional electrician but could theoretically be fitted to most American houses.

Anecdotally, I have noticed that some public Level 2 charging stations tend to offer around 6.6 kW to 7.4 kW, with a few exceptional stations touching 12.5 kW or more. Tesla Destination chargers, which aren't exactly the same as Level 2 chargers but sit below the Superchargers, have been known to touch 22 kW, but they tend to be less common due to the very high amperage needed to run such a massive charger.

Level 2 charging speeds are also determined by the vehicle’s onboard charger. If a vehicle's onboard electrical architecture can’t accept more than 6.6 kW per hour, then plugging it into an 11 kW charger won’t make the vehicle charger faster. That may sound a bit complicated, but I explained this at length in how understanding AC charging is critical to understanding EVs.

Most Level 2 charging setups should be sufficient to replenish a battery for a modern long-range EV over an extended period of time, like while asleep or while at the office. A 2022 Chevrolet Bolt EV or EUV would take less than 10 hours to recharge from a completely flat battery to totally full on a standard 6.6 kW Level 2 charger.

DC fast charging, sometimes referred to as "Ultra-Fast Charging" or "Level 3," is the technological tour-de-force of most electric vehicles, as it allows for more rapid battery charging. Yet, technically speaking, there’s no such thing as “Level 3” charging according to the Society of Automotive Engineers (SAE), but people colloquially use the terms “Level 3” and “DC fast charging” interchangeably.

The plug for DC fast charging comes in two flavors, not counting Tesla's proprietary design. The first plug, called Combined Charging System (CCS), looks a lot like the standard Level 1 and Level 2 SAE J1772 charger, but there’s an extra two-pronged piece at the bottom of the outlet.

A less-common type of connector is known as a CHAdeMO plug and is used on the Nissan Leaf, the Mitsubishi Outlander PHEV, the no longer in production Mitsubishi i-MiEV, and a few other Japanese-market EVs. The name CHAdeMO serves a dual purpose as the moniker for the charging technology and as the label for the association that describes itself as an "e-mobility collaboration platform." This type of plug is not common and is currently being phased out among many DC fast-charge providers, and a CHAdeMO to CCS adapter doesn’t exist either.

Unlike Level 1 and Level 2 charging stations, which use 120-volt or 240-volt power, Level 3 charging uses three-phase power. Three-phase service isn’t cheap to install and isn’t suitable for residential areas. But, as the name indicates, it’s extremely fast. Depending on the vehicle and charger, some modern vehicles can sustain a 350-kW rate of charge, though that's quite rare and only a few cars could use it. In theory, a 350-kW rate of charge would replenish a Chevy Bolt EV or EUV in as little as 18 minutes, but things aren’t that simple for a few reasons.

For starters, like Level 2, a vehicle is limited by both the charger output and its kW receiving rate. The Bolt EV and EUV can only accept a rate of 55 kW, so 350 kW is way over the limit. Also, DC fast charging generates a lot of heat, so manufacturers typically throttle max charging speed after around 80 to 90 percent. Still, recharging in as little as, say, 30 minutes to an hour is a whole lot faster than levels 1 and 2. Well, that is, if the DC fast charger is working correctly.