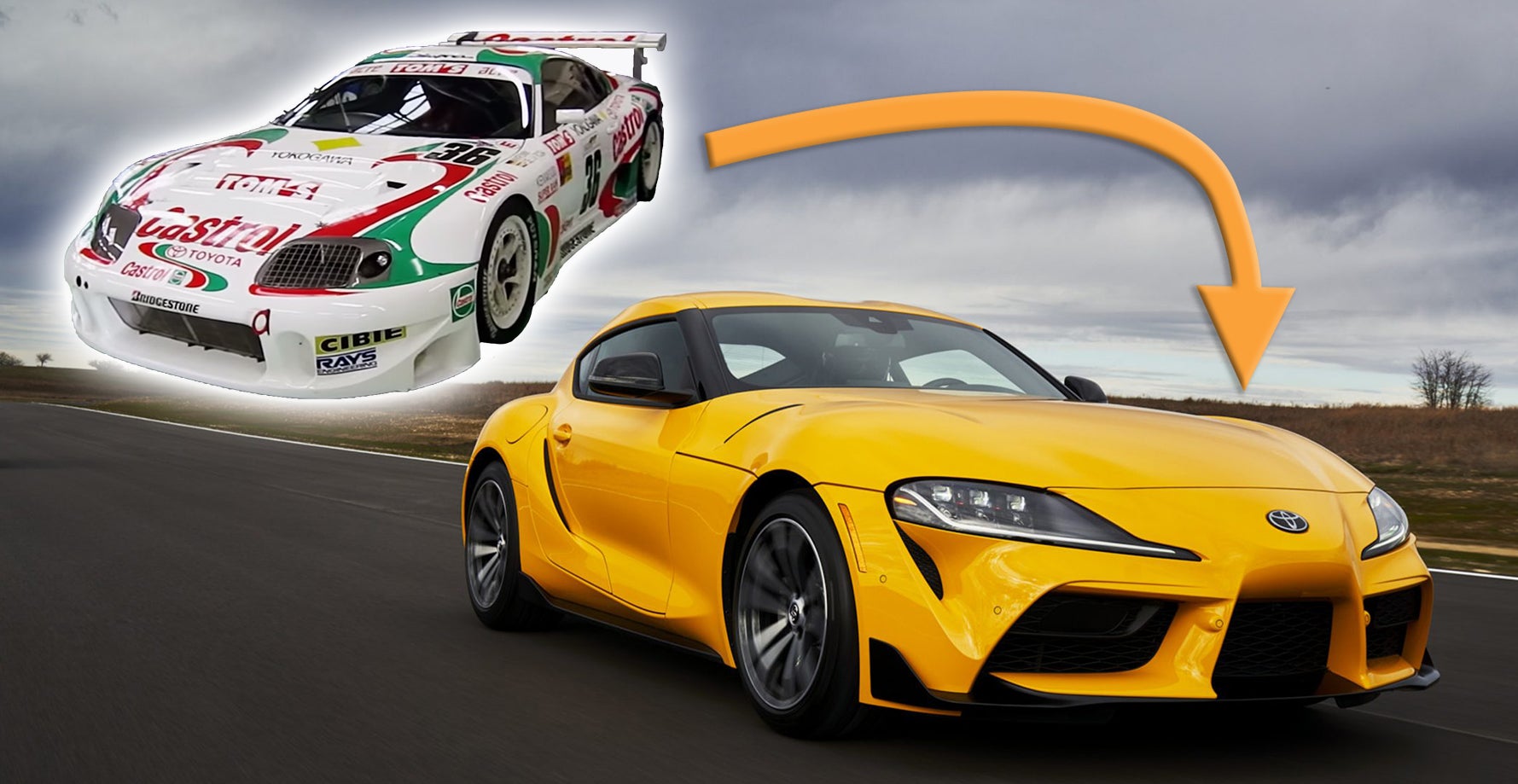 Back before the new Toyota GR Supra hit the market, its chief engineer Tetsuya Tada begged people planning engine swap projects to use the imminent (and cheaper) four-cylinder model. Now that the four-banger is here for the 2021 model year, the time has come—but hold off on that 2JZ-GTE. That twin-turbo inline-six gets all the glory these days, but there's another motor that's more fitting to drop into a modern budget Supra. It's called the 3S-GTE, and it's the meanest four-cylinder Toyota's ever made.

Known primarily for powering the boosted variants of the 1990s Celica and MR2, this turbocharged two-liter produced up to 256 horsepower and 239 pound-feet of torque—numbers that can make a Toyota 86 owner salivate. Though tuners have taken 3S-GTEs to beyond 1,100 horsepower, the real motorsport pedigree and reputation for power belongs to this engine's racing cousin, the 503E.

Like the 3S-GTE, the 503E (known alternatively as the 3S-GT) was a twin-cam, 16-valve four-pot like the 3S-GTE. Beyond that, the two had little in common. The 503E was bigger at 2.1 liters, and ran largely on toluene, meaning it could produce immense power—supposedly more than 850 horse. Toyota's Group C prototypes notwithstanding, cars powered by the 503E found success almost regardless of racing discipline; Rod Millen dusted the Pikes Peak course record in a 503E-powered Celica, and in Toyota's IMSA program, the 503E powered the infamous Eagle Mk. III prototype, which won 21 of the 27 races it entered—14 of them consecutively.

So what's all this got to do with the Supra? Well, when Toyota took the iconic A90 racing in the All Japan Grand Touring Championship (JGTC), it wasn't powered by a modified version of the production car's 2JZ-GTE. Toyota used... You guessed it, a four-cylinder 503E.

Though detuned to limbo under the JGTC's restriction of 500 horsepower, 503E-powered Supra race cars still commanded respect. From 1995 through 1997, they took the fight to the JGTC's dominant Nissan Skyline GT-Rs and McLaren F1 GTRs, winning the Sendai Hi-Land Raceway event thrice consecutively. Following upgrades for the 1997 season, four-banger Supras dominated the JGTC, winning five of the calendar's six races in a row, and locking down the top two spots in the standings for themselves.

The cars would continue their run of dominance into the early 2000s, at which point Toyota switched over to using a 4.4-liter version of its 3UZ-FE V8 to increase lower-end torque. Nothing gold can stay—but at least V8 Supra swaps have some historical precedence, too.

So if you want to argue that the 2021 GR Supra 2.0 is committing sacrilege against the Supra name, remember: It's not because it has a four-cylinder engine, it's because it doesn't even have a Toyota engine at all. And that, we say, can be remedied with a 3S-GTE. Just be sure to source your donor engine from the Japan-only Toyota Caldina, which had OBD2 engine management, no Gordian Knot of vacuum lines, and most importantly of all, the most power of any stock 3S.