It looks like the Hemi Wrangler is really happening. 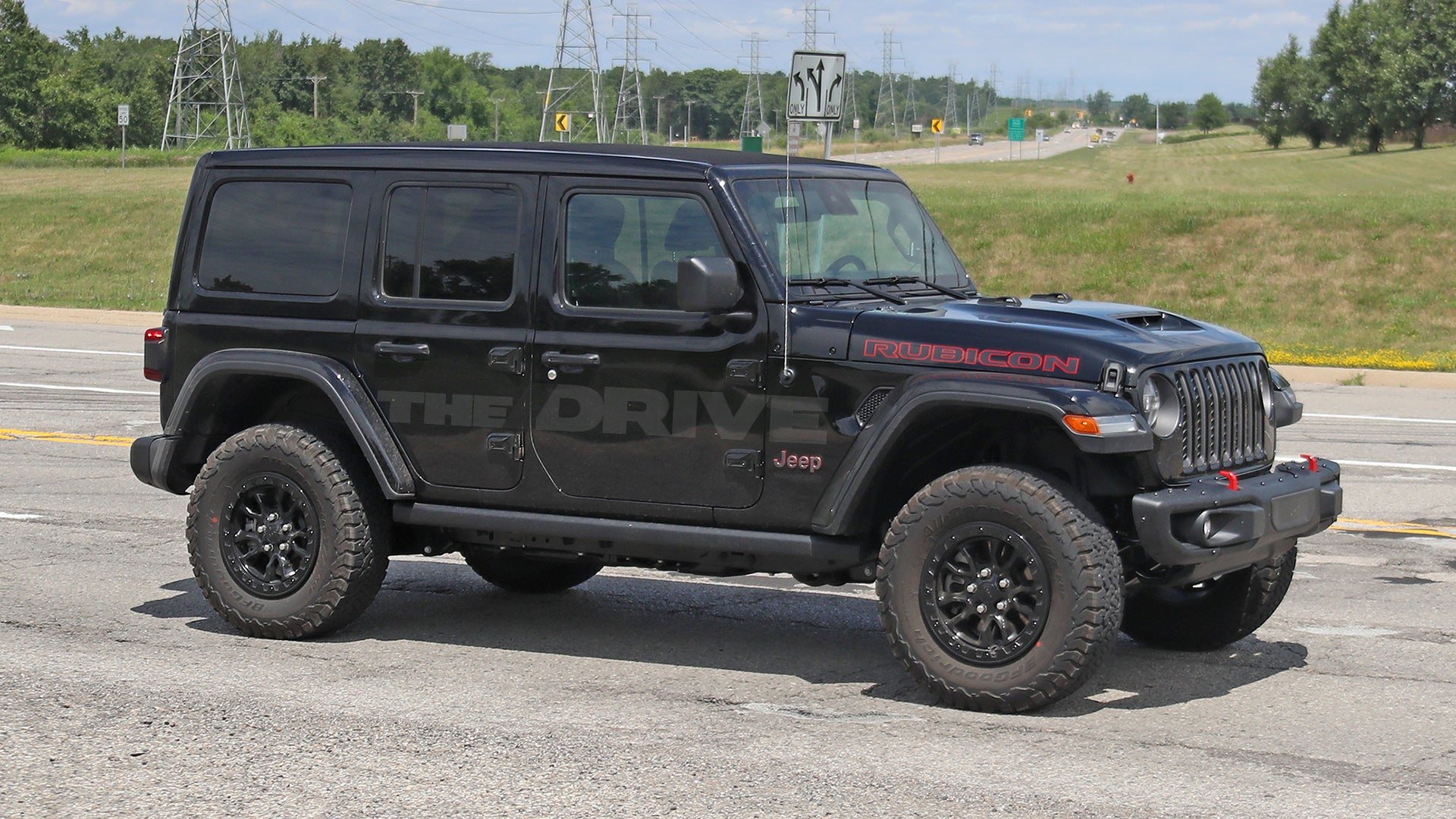 A week after a report surfaced saying Jeep would bring the V8 Wrangler 392 to production, we've now obtained spy shots of what appears to be a production-spec prototype undergoing road testing. The undisguised black Wrangler mule predictably looks like a tamer rendition of the concept Jeep showed off previously, rocking chunky, beadlock-ready wheels and a decidedly SRT-ish hood scoop that presumably provides room and cooling to the 6.4-liter V8.

To recap, the Wrangler 392 Concept features a 392-cubic-inch Hemi V8 making 450 horsepower and 450 pound-feet of torque, and zero to 60 supposedly takes less than five seconds. Likely coming with an eight-speed automatic transmission, expect the production version's performance figures to stay pretty close to those of the concept.

The Wrangler spied also appears to sport window decals supporting Bison Offroad, a California-based company that sells aftermarket off-road kits for trucks, and Mercury Burger & Bar, a Detroit burger restaurant that we're going to go ahead and assume at least one Jeep employee is quite fond of. Shout out to Mercury, I guess.

Cheekily unveiled on the same day Ford had scheduled the debut of its new 2021 Bronco, the 392 Concept also features upgraded engine mounts, upgraded suspension with a two-inch lift, and locking differentials front and rear. For reference sake, here's what the concept looks like:

Shortly after that reveal, a Jeep "insider" allegedly let slip to Road & Track that the 392 would indeed be put into production, saying 30 prototypes had already been built at the Jeep plant in Toledo, Ohio. Of course, until Jeep comes out with an official announcement nothing is guaranteed, but now that one of those prototypes has been spotted in the wild, the chance of a showroom-ready V8 Wrangler actually happening appears to be higher than ever.

Given the thing is already running around public roads with so little camouflage, we don't anticipate having to wait very long until the production Wrangler 392 graces our roads and trails. We can't wait.