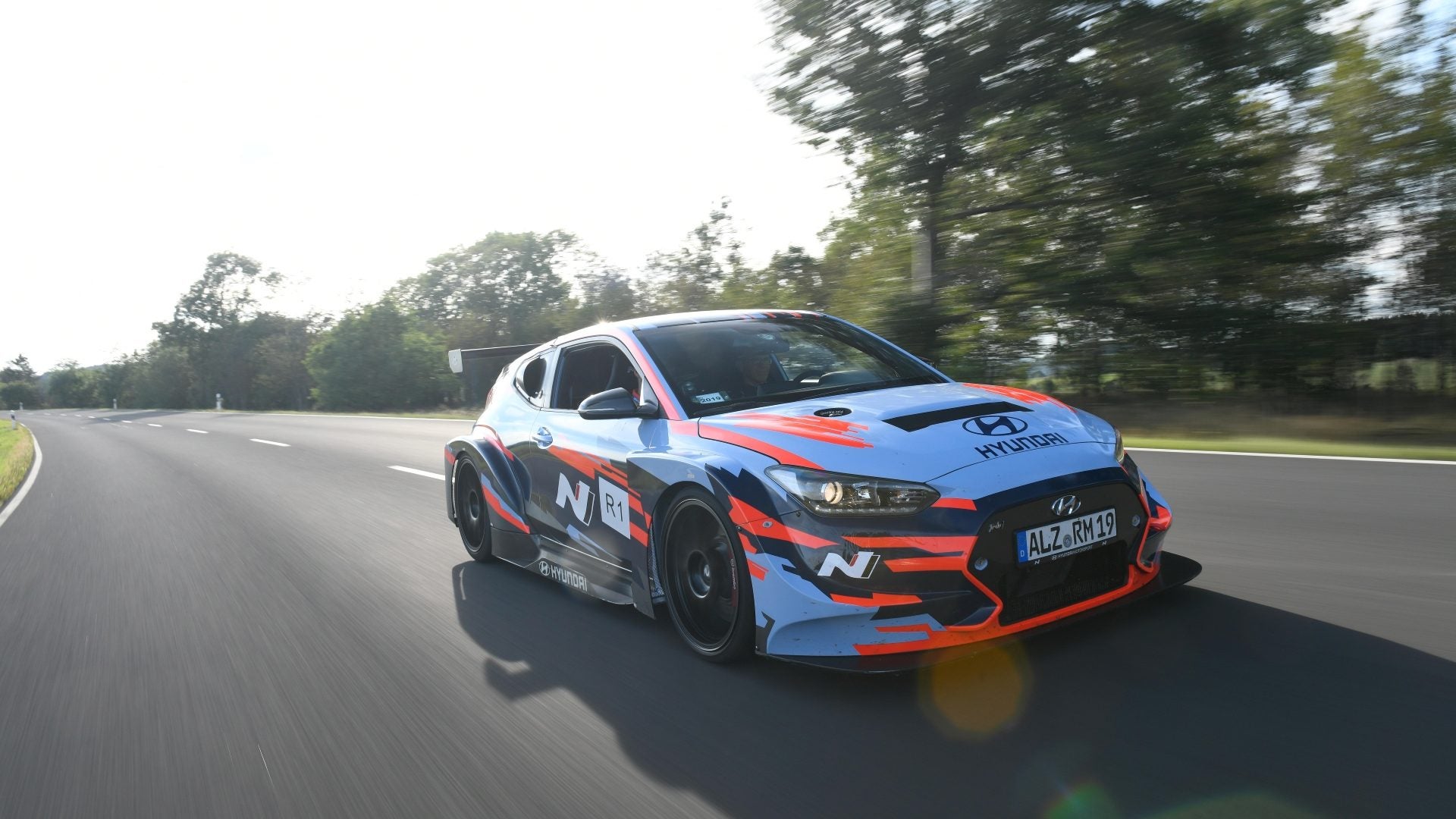 Once the helmsman of BMW's racy M division, Albert Biermann has turned Hyundai's own N division skunkworks into an overnight success. Cars like the phenomenal Veloster N, the prototype RM19, and reportedly terrific i30 N (unavailable in the United States), informed now-great expectations of future N cars, which Biermann revealed in an interview could go as far upmarket as Hyundai pleases—as long as there's money to be made.

"All N cars need to be sensibly priced relative to whatever rivals they are in competition with," Biermann told Evo as part of a chat on the N brand's future. "But as you'll see in the near future, there are no specific financial limits to what kind of cars we will make. If I think it's the right time to make a mid-engined N car that can rival a Porsche, and when we think it's the right time to make that car, we will make it. It's that simple. Maybe the powertrain might be a bit different to a conventional Porsche's, but philosophically there are no limits. As I say, we really are just at the beginning."

Biermann's talk of a mid-engined N car capable of competing with Porsches calls to mind the aforementioned RM19 prototype; a roughly Veloster-shaped model with a mid-mounted, 390-horsepower turbocharged four-cylinder coupled to a sequential gearbox and rear-wheel drive. Hyundai describes the RM19 as "a development platform for future N brand products, including a potential brand-halo car," which suggests Hyundai could be winding up a sucker punch aimed at the Porsche Cayman and the forever on the cusp of death Alfa Romeo 4C.

Again, with how good the Veloster N turned out, as well as N's tuning of the brand's other cars, a mid-engined Hyundai is a prospect worth taking seriously—Hyundai surprised the sports car world before, so don't consider it something Namyang couldn't do agai-N.