Inside the Alleged Nissan Plot to ‘Neutralize’ Carlos Ghosn

Emails reveal an elaborate plan to bring down one of the auto industry’s most powerful men before he could strengthen the Nissan-Renault ties. 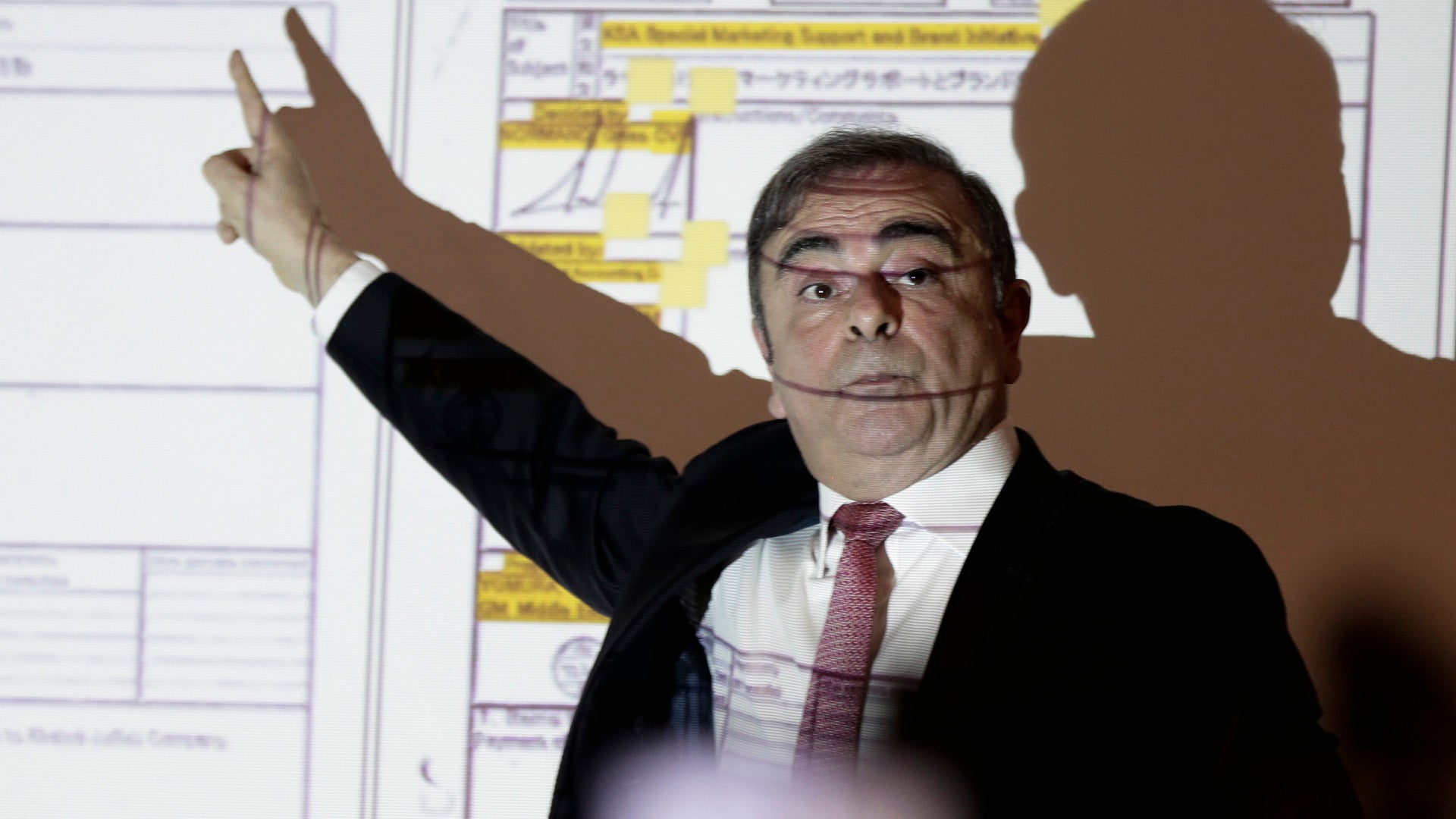 Good Monday morning and welcome back to Speed Lines, The Drive's roundup of what matters in the world of cars and transportation. Somehow, we are halfway through June, although it feels like we've been living in 2020 for 1,000 years. Today we're talking about the plot to take down Nissan-Renault megaboss Carlos Ghosn, delivery robots and the new "normal" for automakers.

The Plot To Dethrone Ghosn

Carlos Ghosn, who once ran one of the world's largest car companies and is now in exile in Lebanon after being smuggled out of Japan in an instrument case, always said he was set up. He maintained he had become unpopular within Nissan, one part of the car empire he ran, as he sought to further cement that company's ties with its alliance partner, Renault. Both Nissan officials and Japanese authorities disagreed, saying Ghosn was in fact misappropriating company money and underreporting his income, leading to criminal charges as a result.

But Bloomberg has a bombshell story today featuring internal communications at Nissan that seem to legitimize the idea of a plot against Ghosn; a plot that began almost a year before he was arrested, orchestrated by senior managers who wanted more autonomy on the Japanese side of things.

Nissan and Renault (and now Mitsubishi) have a deep contractual partnership, but they are not the same company; no merger ever took place. It's a partnership with a great deal of power struggles and friction, complicated at times by the French government's 15 percent stake in Renault, because socialism. Though it's been a largely successful alliance over the past 20 years, the Japanese side of it has wanted more control and authority. The working theory is that Nissan managers worked to oust Ghosn by any means possible when he sought to further cement ties between the two entities.

Obviously, worth a read in full. And the question now is, what does all this mean for Ghosn's charges? It's unlikely those are going anywhere.

Has Autonomy Found A Business Case With Delivery Robots?

The COVID-19 recession has torpedoed a lot of capital meant for the development of autonomous vehicles. But even before this year, AVs had a questionable value proposition. Every automaker and tech company wanted in on that space, but no one was really sure how it would actually make money.

There's always opportunity in crisis, however. And COVID-19—along with the public's general reluctance to go outside, or into crowded stores, or to gather in large groups—may pave the way for autonomous delivery robots as a useful and lucrative use of that technology. Basically, with retail dying anyway and people not wanting to go out, delivery vehicles may be the answer to the AV moneymaking problem, according to a fascinating new story in Automotive News:

It's not a guaranteed thing, and it assumes we'll be living with COVID-19 (or similar pandemics) for a long time. But it has potential, probably more so than making robot passenger cars or robot taxi cabs. Fully 34 percent of U.S. vehicle miles traveled are for commercial activity, and 15 percent is for personal shopping; all of that could shift to autonomous deliveries if we're going to be stuck inside long term. Worth a read in full.

There's a lot to digest in this Automotive News story about the new "normal" in the auto industry: supply chain disruptions, safety protocols, strong consumer demand for trucks and so on on. But the part that stands out to me is the cost-cutting efforts we'll soon see from every automaker now that we're fully in a recession.

What that means, according to General Motors' own CFO, is less complex lineups and less configuration and customization among models. Automakers will prioritize the vehicles, and the packages and options, that are guaranteed to sell. In other words, don't expect a lot of risk-taking anytime soon. From the story:

Having said that, the part about sharing parts across brands doesn't bode well for Cadillac, for example, which had already been struggling not to be seen as nice Chevrolets anymore.

Carlos Ghosn: Was this all a setup?