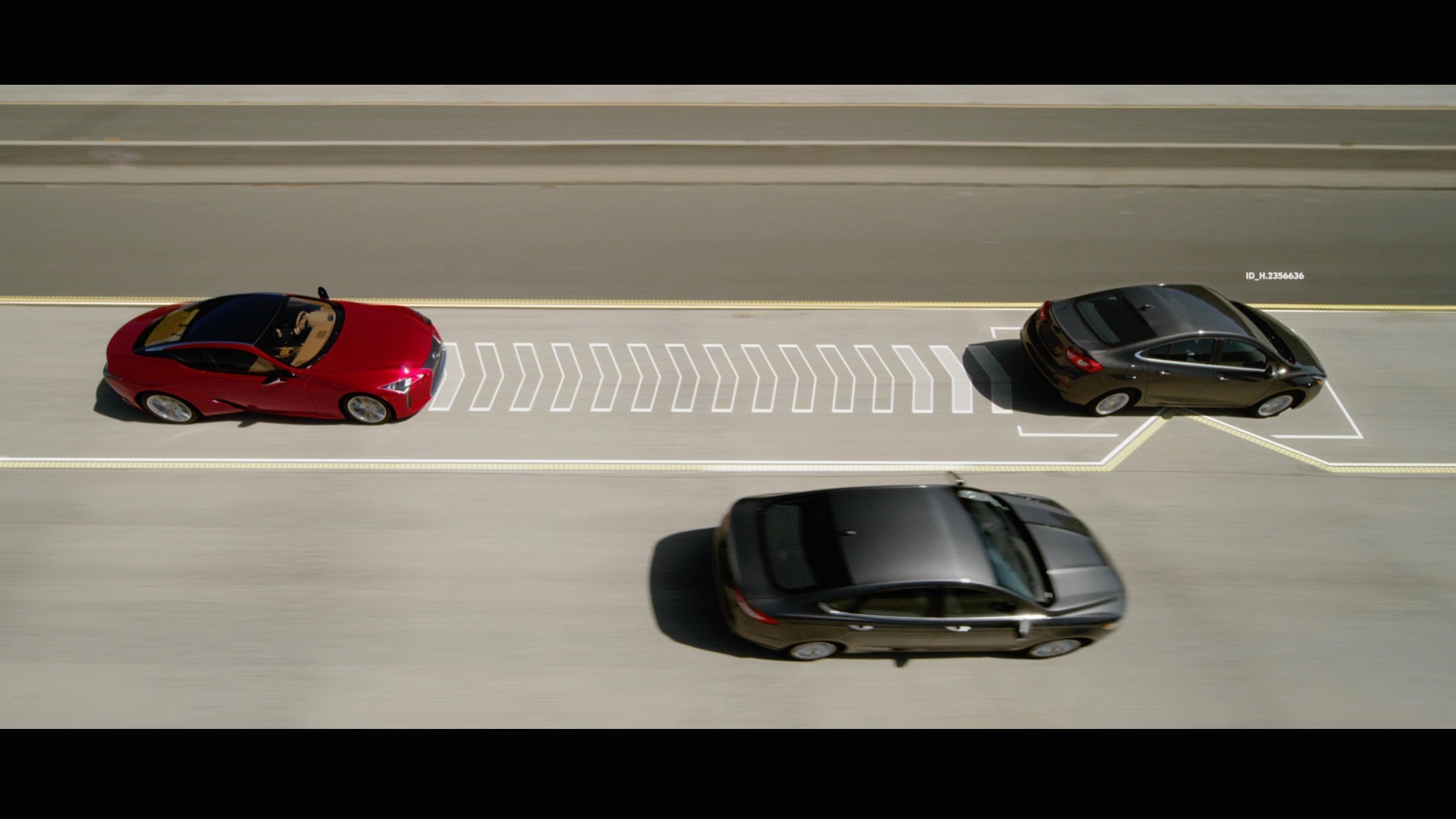 Getting stuck behind a slow driver blocking the left lane can be pretty frustrating. So, Lexus has developed a new system based around vehicle-to-vehicle (V2V) communication technology that could be the answer to impatient drivers' prayers. The only problem: It isn't real.

Lexus's "Lane Valet" feature automatically steers slower-moving vehicles out of the left lane and into, as the automaker puts it, "the more appropriate" right lane.

Sadly, Lane Valet is an obvious April Fools' Day joke, as indicated by Lexus's quoted rollout date of April 1, 2017. But some of concepts behind it are at least believable. According to Lexus, Lane Valet is activated by the touch of a dashboard button. The system uses the car's onboard cameras and radar to scan the area, and a V2V connection to take control of any nearby slowpokes. The offending cars' right turn signals are automatically activated, and the cars autonomously vacate the left lane.

While Lane Valet isn't real, V2V is. In its press release, Lexus even mentions the 802.11p protocol, which is the standard for the Wi-Fi-like wireless communication band used by V2V-equipped cars. Automakers and regulators have been experimenting with V2V, which allows cars to send information back and forth between each other, for several years. Cadillac and Mercedes even already offer the hardware on some production cars.

Proponents of V2V claim it could be a vital early-warning system, sending drivers information on crashes or other obstacles that may be outside their field of vision. It could even serving as a more elaborate form of blind-spot monitoring, warning drivers of oncoming vehicles at intersections where visibility is compromised. Last year, the Department of Transportation proposed rules requiring all new cars to be equipped for V2V by 2023.

By that time, V2V may very well enmesh with autonomous cars. If self-driving cars could "talk" to each other, they could operate in coordinated groups, sometimes called "platooning," which could in turn improve fuel efficiency and traffic flow. But with mass deployment of self-driving cars still far from guaranteed, that's a big "if."