Mark Zuckerberg May Have Built Your New F-150

Planning on buying a new Ford F-150 soon? Facebook mogul Zuckerberg may have helped assemble it during his trip to Ford’s assembly line. 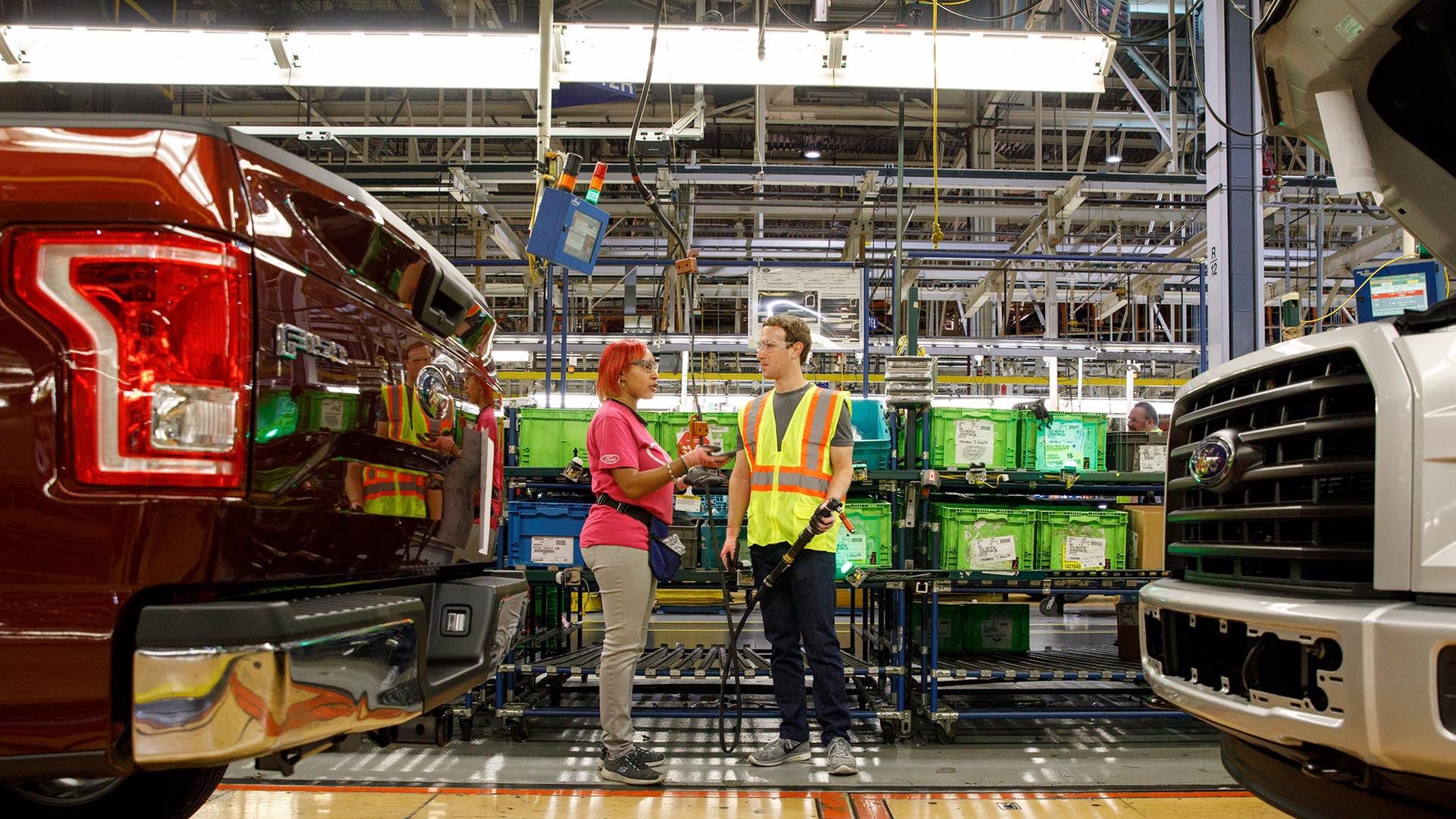 On Thursday, Facebook co-founder Mark Zuckerberg visited Michigan for the first time in his life. While in Dearborn, Michigan (about 8 miles outside of Detroit), Zuck paid a visit to Ford's assembly plant to get more of an idea of just how workers spend their time during the day at of the the Ford plans. What he learned was an eye-opening experience not just about cars are put together, but how the other side lives and works.

Zuckerberg has been coming up with different ways to challenge himself each year. In 2017, he decided to visit people from all of the remaining states that he had yet to visit (In January, this number was around 30)—Michigan happened to be one of them. The greater Detroit area has always had a huge automobile industry surrounding it. Since the early 1900s, approximately 175 manufacturers (many defunct) have been birthed or operated out of Detroit. Logically, it makes sense to visit one of the state's most prominent industries, and that's just what Zuck did when he knocked on Ford's door.

But Zuck didn't just spend time talking to Bill Ford; the 32-year-old internet entrepreneur wanted to work. He was led to the assembly line where workers make an average of $17.53 an hour. Despite accruing enough wealth to make him the fifth richest man in the world, he was handed some air tools and began learning. He screwed on some antennas and bed cleats, then signed one of the vehicle's final inspection stickers.

By the end of the day, Zuckerberg was feeling the burn of physical labor. Each task required a completion time of no more than 52 seconds; the stressful part wasn't the constant movement, but rather the focus needed to complete the same task over and over without making a mistake. The same task—whether that be assembly a body panel, screwing on an antenna, or something else that isn't automated—can be repeated anywhere from 650 to 800 times per day.

Luckily for him, Zuck didn't spend his entire day assembling vehicles. He met with some of Ford's senior staff and toured other areas during his visit to the plant. According to the Detroit News, he also had the chance to ride in one of Ford's autonomous Fusion hybrid cars. Regardless of what happened during the tour, it must have felt rewarding taking a step out of his comfort zone and onto the plant floor.