If you needed any more proof that these two-stroke diesels were tough as nails, then let this guy provide it with a few gallons of H2O. 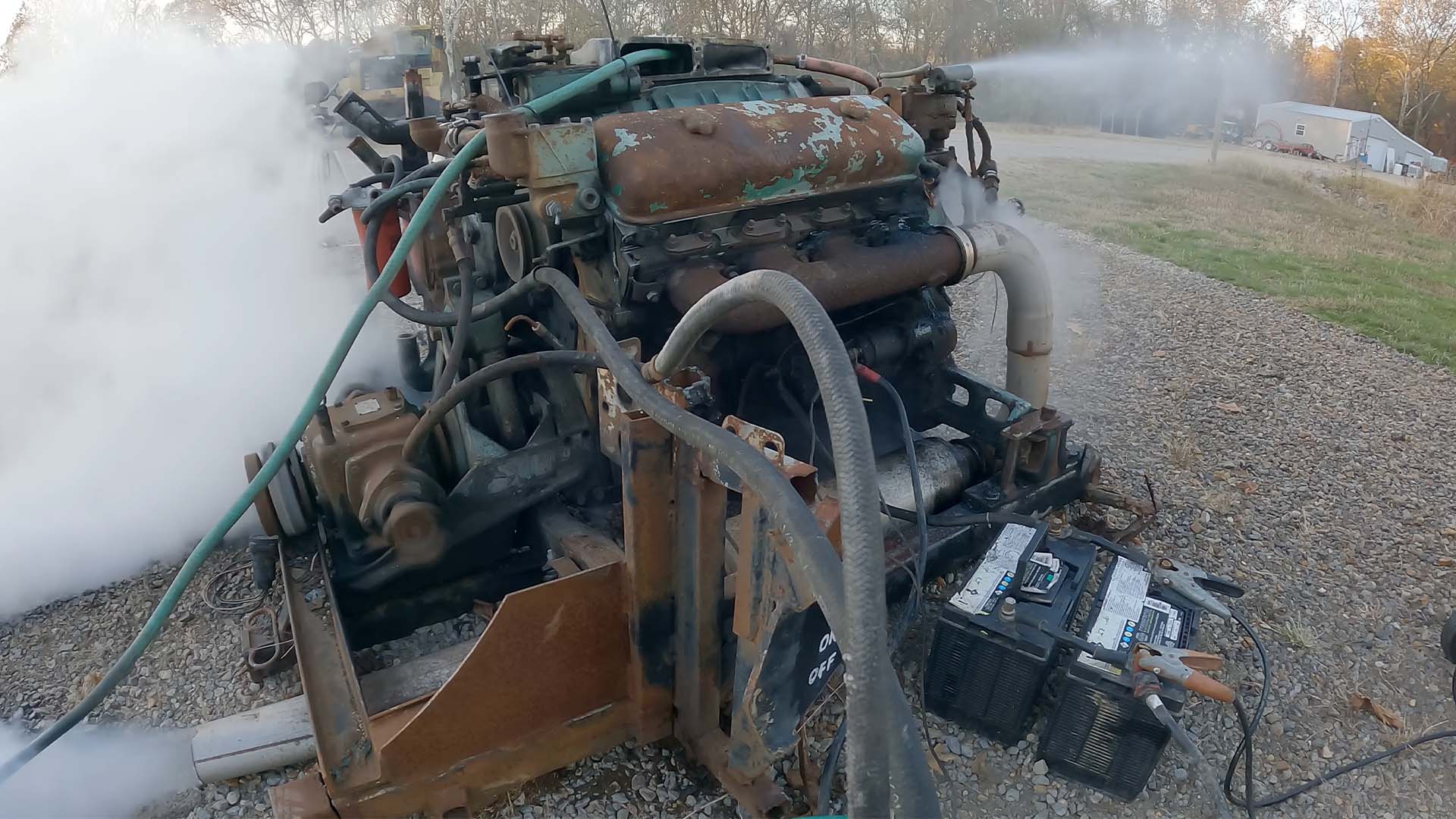 There's an unmatched amount of lore surrounding two-stroke Detroit Diesels. They were never the most efficient lumps, but they very well might have been the toughest. Truck drivers have traded stories of runaway Detroits for decades, and even then, some of the engines lived to tell the tale. This one almost did, despite a water hose spraying through its blower for nearly five minutes straight.

This scenario was obviously manufactured with the intent to harm a humble 8V71. It was uploaded by KT3406E on YouTube, which has experimented with heavy-duty diesels more than a few times before. Thanks to them, we even know what happens to a 14.0-liter Cummins when it sucks up 10 pounds of dirt. But that's beside the point.

Since he'd already caused three Detroits to run away in the past—all under, uh, unique circumstances—he decided to plumb a water hose directly into this one's roots-style blower. That component is crucial for the engine's operation as every two-stroke diesel requires air to be mechanically forced into the combustion chamber. You'd think, then, that introducing water to the equation would spell trouble via hydro locking.

In order to achieve a runaway event, they tied up the engine's injector rack to run full fuel immediately upon startup. This method is proven to provoke mayhem, but it still takes a while to cause irreparable damage. It ran this way for about a minute before the water hose was turned on, and rather than causing it to expire immediately, it actually helped cool the engine and lower the revs.

You can see in the video that this starts around the 7:25 mark and doesn't stop until right around 12 minutes in. It's hard to say exactly how long the 8V71 ran on diesel and water, but it's safe to assume that it went on for several minutes with no major side effects. Once they turned the hose off, it took about a minute for the Detroit to overheat and lock up.

Some commenters postulate that the blower simply atomized the water before it could reach the combustion chamber, which might've been the case. Others say Detroit engineers built these power plants to run on anything, so long as it's liquid. That might also be true, and it's tough to say after seeing this.

Don't worry about this guy blowing up any more perfectly good Detroits, either. With this being his fourth one already, he's vowed not to do the same again. Despite his destructive habits, he's clearly a mechanic who knows his way around heavy machinery—a stroll around his channel proves it.