It was curiously released moments after the reveal of the all-new Chevrolet Tahoe and Suburban. 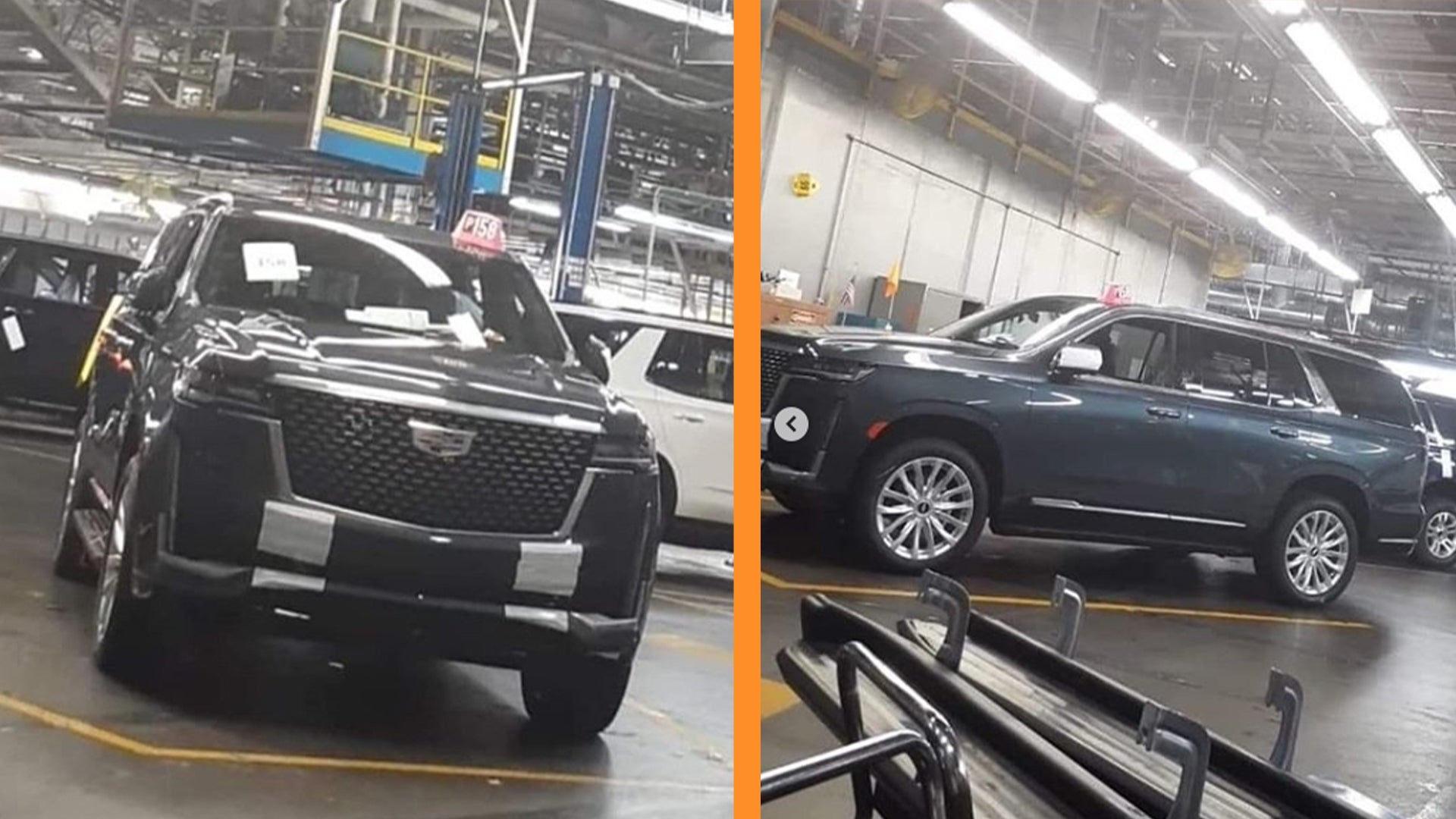 Just as the 2021 Chevrolet Tahoe and Suburban made their surprise debuts in Detroit just last night, several images claiming to be of the all-new 2021 Cadillac Escalade leaked on Instagram, showing its completely new face and side profile.

The new big-daddy Caddy was allegedly photographed at the company’s assembly line in Arlington, Texas, where it’s built side-by-side with GM’s other SUV platform mates. As we can tell from the two photos, and if these turn out to be true, the new Escalade’s profile unsurprisingly adopts the GMT T1 shape that we first saw with the new Tahoe. But more importantly, the new Escalade sports the company’s newest corporate front end, which is clearly inspired by the latest XT6 crossover SUV and the new CT5 and CT6 sedans.

The grille is bigger than ever but rather than being filled and outlined by a bunch of chromed plastic, the new grille features a mesh design with significantly smaller, rectangular headlights placed horizontally, versus the outgoing truck’s vertically stacked arrangement.

Not much else is known about the new Escalade, except that like its Chevrolet cousins, it’s expected to launch for the 2021 model year, which means it’ll likely be revealed sometime in 2020. Rumor has it that it’ll continue using the current Escalade’s 6.2-liter naturally-aspirated “L86” V8 with 420 horsepower and 460 pound-feet of torque, along with the latest and 10-speed automatic shared with its Chevy cousins.

Earlier this year in July, other rumors suggested that Cadillac could be considering a high-performance version. Sadly, reports claim that it won’t include the company’s exciting and new Blackwing V8. Rather, it’s believed Cadillac would make the high-po Escalade happen by slapping a supercharger on that V8 with a goal of producing 650 hp and 650 lb-ft.

A Cadillac spokesperson told The Drive that "it couldn't comment on future product," but that we should "hear from them soon."