Recharged Ford Probe Is the Quirkiest Electric Car Conversion Yet

Many are against turning classic cars into electric vehicles… But what if the car in question is one of the most reviled models in Ford’s history? 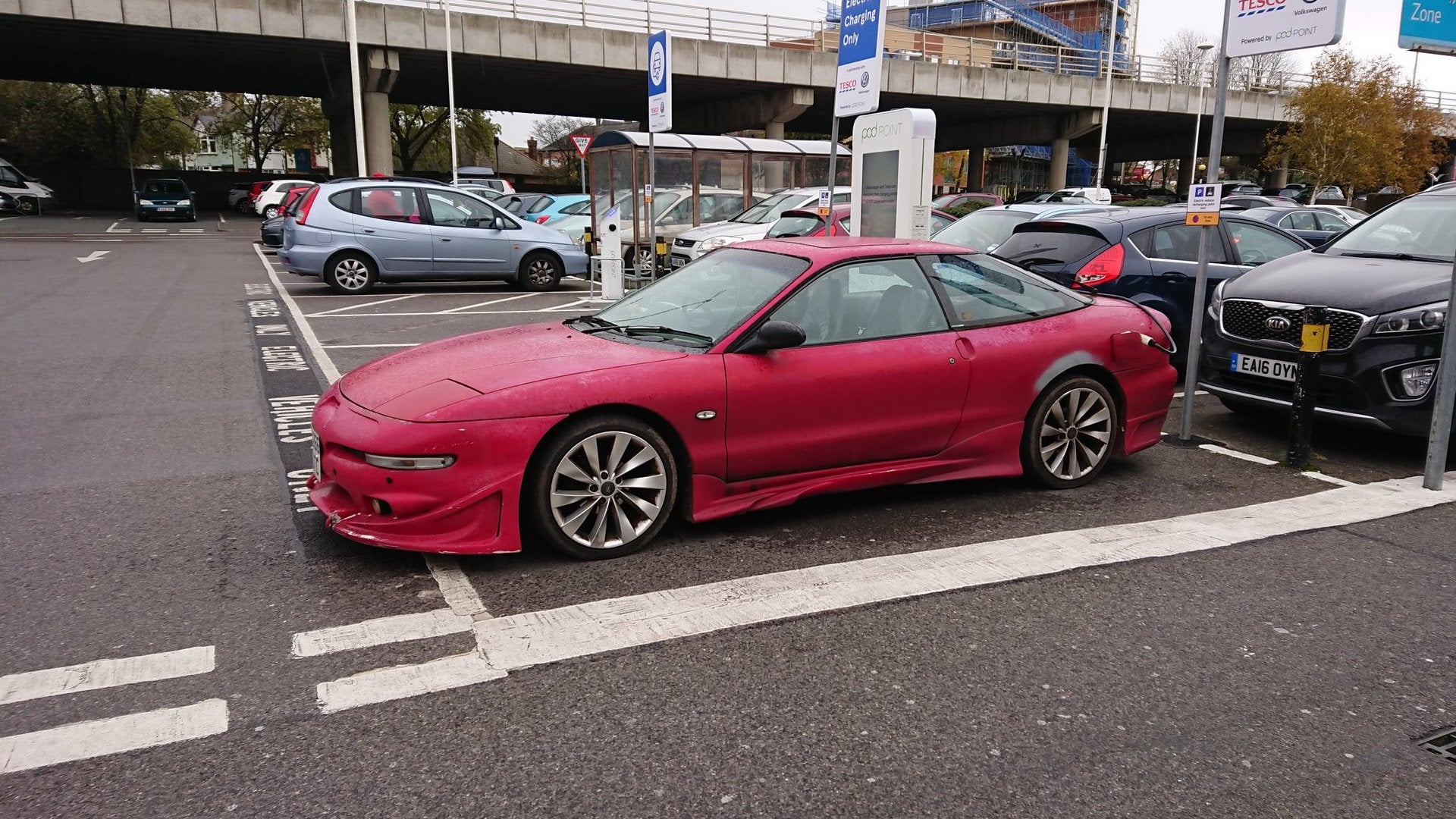 With electric hot-rodding increasing in popularity, the world of classic cars has become a battleground between those entranced by the onward march of technology and those allegiant to history. To classic cars, are electric motors saviors or sacrilege? That's up to you to decide, but let's impose an additional complication: What if the car in question isn't a classic, per se? What if someone spent their time and money making an electric car from one of Ford's most controversial models, the Mazda MX-6-based Probe?

Such is the work of a British Ford engineer named James Killick, who calls his electric Ford Probe the "Probatron" (alternatively, "Sparky"). Killick's blog documents the build as having started in May of 2009, more than three years before Tesla legitimized electric power to the wider auto industry with the Model S, making Killick something of a pioneer (no pun intended) at the time. Killick's build has since undergone a few teething problems, including multiple parasitic draws and at least one motor burnout, but Killick seems to have settled on a build specification that makes the car drivable on a regular basis.

On the Probatron's front axle is an HPEVS AC-50 electric motor, rated by its manufacturer at 71 horsepower and 120 pound-feet of torque. It pulls 120 volts from a 660-pound bundle of lithium-iron-phosphate batteries, mounted in the trunk, their capacity totaling 20.7 kWh. Killick estimates that the Probatron operates at an efficiency of around 300 watt-hours per mile, giving this car a maximum range of roughly 69 miles, though Killick avoids running it that low to reduce pack degradation, instead using no more than 50 miles' range per outing.

While the Probatron may look too low to be comfortable enough for a 50-mile drive, this is down to the air suspension's slammed-while-parked height setting, which helps wedge its modified Volkswagen Scirocco wheels-—which look a lot like Model S rollers—into its fenders. Other ride height and stiffness settings prevent the now rear-heavy Probatron from bottoming out and allow it to stand on its tippy-toes while fording speed bumps to avoid damaging its body kit.

With how maligned the Probe was by American Ford fanatics, it's nice to see at least someone out there appreciates what was never a bad-looking car, and by no accounts we've found, a bad-driving one at that. With Killick eyeing upgrades to a Tesla battery pack and a 118-horsepower, 173-torque Netgain Hyper9 AC motor in the future, we'll be glad to see his build progress via his blog and Facebook page as technology improves. May the Probatron go where no Probe has gone before.