A whole fleet of the weird, hardcore off-roaders rolled into the Windy City to hand out free kicks. 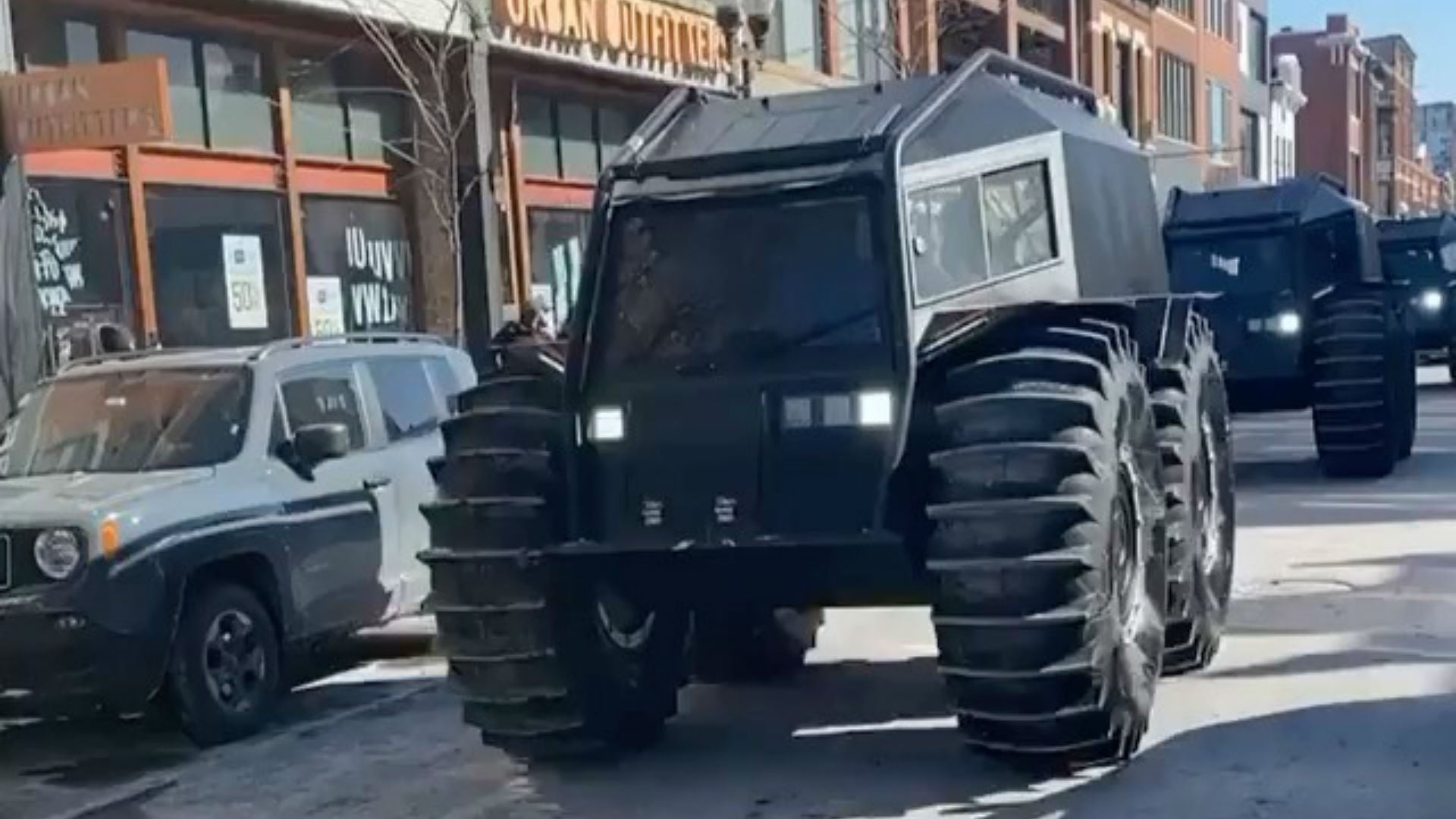 Chicago sneakerheads got a welcome surprise earlier this week when Kanye West handed out free pairs of his new YZY QNTMs, days before they were released to the market. Of course, anyone with undying affection for sweet kicks knows this is quite the drop considering essentially all of Ye's shoes are instant collectibles. But to those of us on the outside, there was something else that stood out about the surprise Yeezy drop: a fleet of all-black Russian Sherp ATVs cruising the streets.

Few people look at a Sherp and think “this would be a great way to sell my new shoe,” but then again, few people think like Kanye West. In his world, there’s no better way to sell the Yeezys than a herd of slow-moving, giant-wheeled Russian ATVs putzing around the Windy City.

In a video posted to Twitter by Complex Sneakers, we see the fleet of Sherps rolling into town, accompanied by men jogging with shovels. It’s unclear if they are on hand to remove snow, or if they’re part of some post-apocalyptic scene cooked up by West’s marketing team. The shoes apparently didn’t need much help in the hype department, because another Twitter user points out that they’re already selling for $1,000 on the secondary market before they'd even made it to the official release date.

The Sherp itself is quite an impressive machine, despite the fact that it isn't going anywhere fast. It’s got a top speed of less than 30 mph, but there aren’t many places the big-tired Russian machine can’t go. The vehicle is powered by a four-cylinder diesel engine that makes around 44 horsepower, and the large tires enable the Sherp to float and move like a paddleboat.

If you're looking to get your hands on a pair of QNTMs and haven't snatched them up already, be prepared to wait. Although there are a few from Kanye's surprise release already on the marketplace, they likely won't last as people nab them up quickly and hold onto them until their value grows exponentially.