Home
News
Toyota Land Cruiser, Sequoia Top List of Cars That Live the Longest on the Road
Scroll Down To Discover
News

Six out of the top 10 cars on the list are made by Toyota. 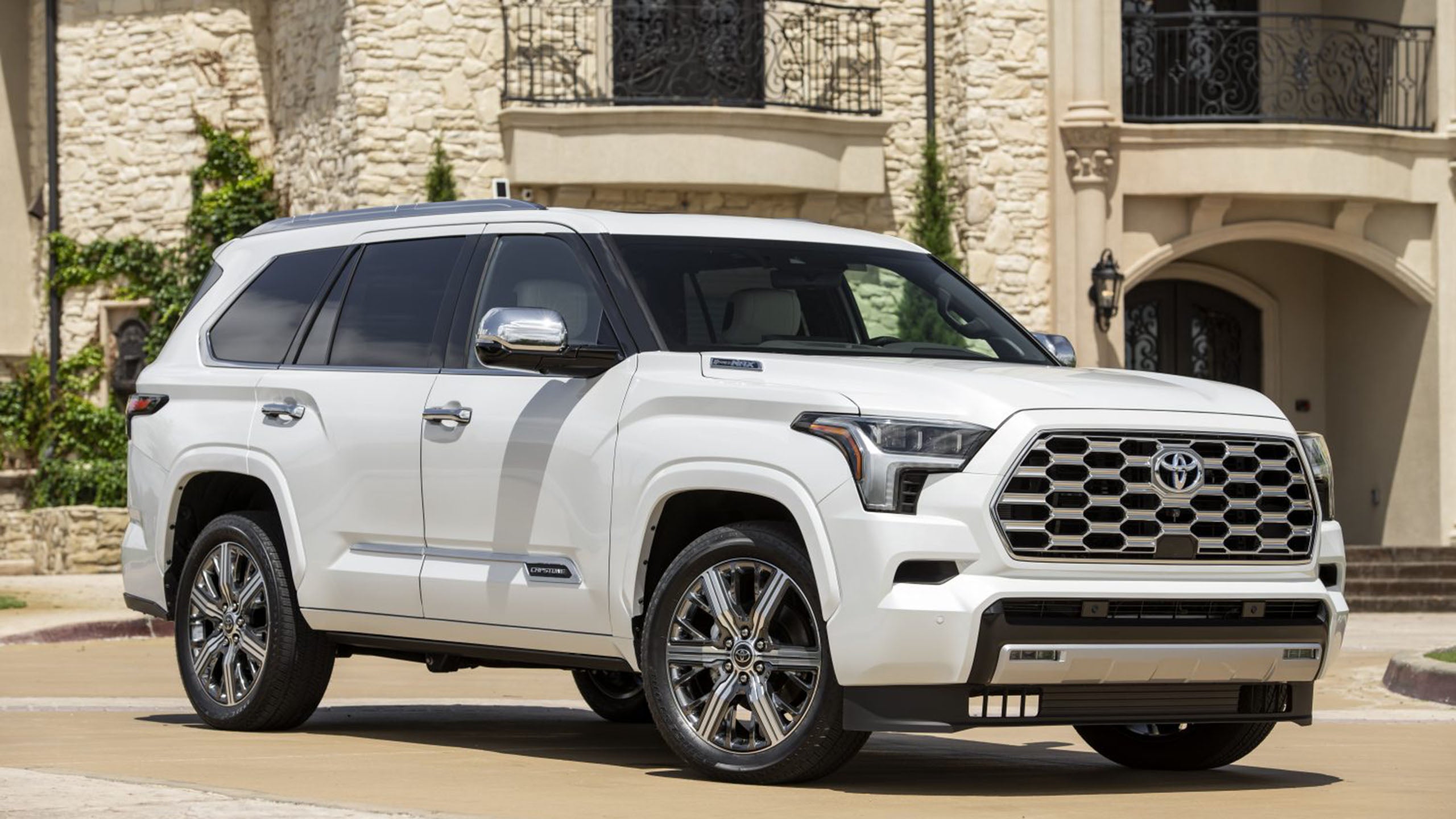 New cars can be expensive, so it's only natural to hope that a vehicle will spend a long time on the road after dropping a load of cash for it. Brands eventually build a reputation for their vehicles' reliability, meaning that buyers may be a bit apprehensive when choosing one brand over another if longevity is a concern. But are those generic brand-level reputations the result of skewed confirmation bias or limited examples?

To set out on a broader, data-driven study, ISeeCars studied millions of vehicles produced over the past two decades to determine which models were most likely to still be on the road after many miles were placed on the odometer. The results were compiled into a study and show which vehicles you might want to buy if you really value getting every last dollar out of your new car.

According to the survey data, Toyota is among the most reliable of all automakers. Out of the top 10 spots, Toyota claims six, and the Sequoia and Land Cruiser dominating the top two positions both show a potential lifespan of nearly 300,000 miles. In fact, ISeeCars also published its top 20 vehicles in this category, of which Toyota holds 10 places.

Out of the top 10 longest-lasting vehicles ranked in the survey, half are SUVs. Another two vehicles—both Toyotas—are hybrids, followed by two pickups, and one outlying sedan. Seven of these vehicles are imports, while the remaining are all General Motors products.

Coming in strong again for SUVs with the highest-ranked longevity is Toyota. With the Sequoia and Land Cruiser already placed in the top two spots overall, they maintain the position at the top of the SUV list. The Highlander Hybrid and 4Runner also make an appearance.

Four General Motors products are also in the running, with the Chevrolet Suburban and GMC Yukon XL in third and fourth place, respectively. The Chevrolet Tahoe comes in fifth, and the regular ol' Yukon in ninth. Ford and Honda are also on the list, with the Expedition checking in at sixth place, and the Honda Pilot bringing up the rear.

If pickups are your thing, rest assured that the study also has a spot for these titans of the road. At the top of the list are (at no surprise) two Toyotas: the Tundra in first and the Tacoma in third. These two Toyota sandwich the Honda Ridgeline, which comes in second place.

Fourth is the Nissan Titan, followed by the venerable Ford F-150, Chevrolet Silverado 1500, and GMC Sierra 1500. The Ford Ranger is placed eighth, followed by the Nissan Frontier, and finally, the Ram 1500 claims the last spot in the top 10 pickups.

Sedans feel like a forgotten segment given that most automakers have begun focusing their efforts on crossovers. That being said, there are still some reliable choices out there to choose from.

At the very top of the list is the Toyota Avalon. Toyota again peppers this partition with the Camry, Corolla, Lexus GS 350, and Lexus ES 350. Honda also has three of its own vehicles on the list: the Accord, Civic, and now-discontinued Fit. The Chevy Impala comes in second place, and the Mazda 6 places last.

Toyota leads yet again in the hybrid category, claiming the highest four spots with the Prius, Highlander Hybrid, Camry Hybrid, and Lexus RX 450h. Hyundai and Kia also make their first appearance with the Sonata and Optima hybrids in fifth and sixth place, respectively, followed by the Lincoln MKZ and Ford Fusion.

The last two on the list are both luxury marques. The Porsche Cayenne hybrid comes in ninth, while the BMW 7 series is last, wrapping up the list.

ISeeCars says that it sampled around 2 million vehicles for this study. It took 20 model years into account, from 2002 to 2021, so there are several definite generation leaps in the data. However, the site says that it did exclude heavy-duty vehicles.

With all of its lists combined, a total of 55 vehicles made the cut. Toyota and Lexus combined make up 16 of these spots, securing its position in the lead. General Motors brings in second with nine vehicles, followed by Honda with eight, and Ford with seven. Nissan and Hyundai both have four vehicles, while BMW, Dodge, Mazda, Porsche, Ram, and Subaru all have one on the list as well. Interestingly, out of the top 10 longest-lasting vehicles ranked in the survey, half are SUVs. Another two vehicles—both Toyotas—are hybrids, followed by two pickups, and one outlying sedan. Seven of these vehicles are imports, while the remaining are all General Motors products.