Jeep country, schmeep country. The new Ford Bronco exists solely to put Jeep out of business, and that means making Moab look like a parking lot. 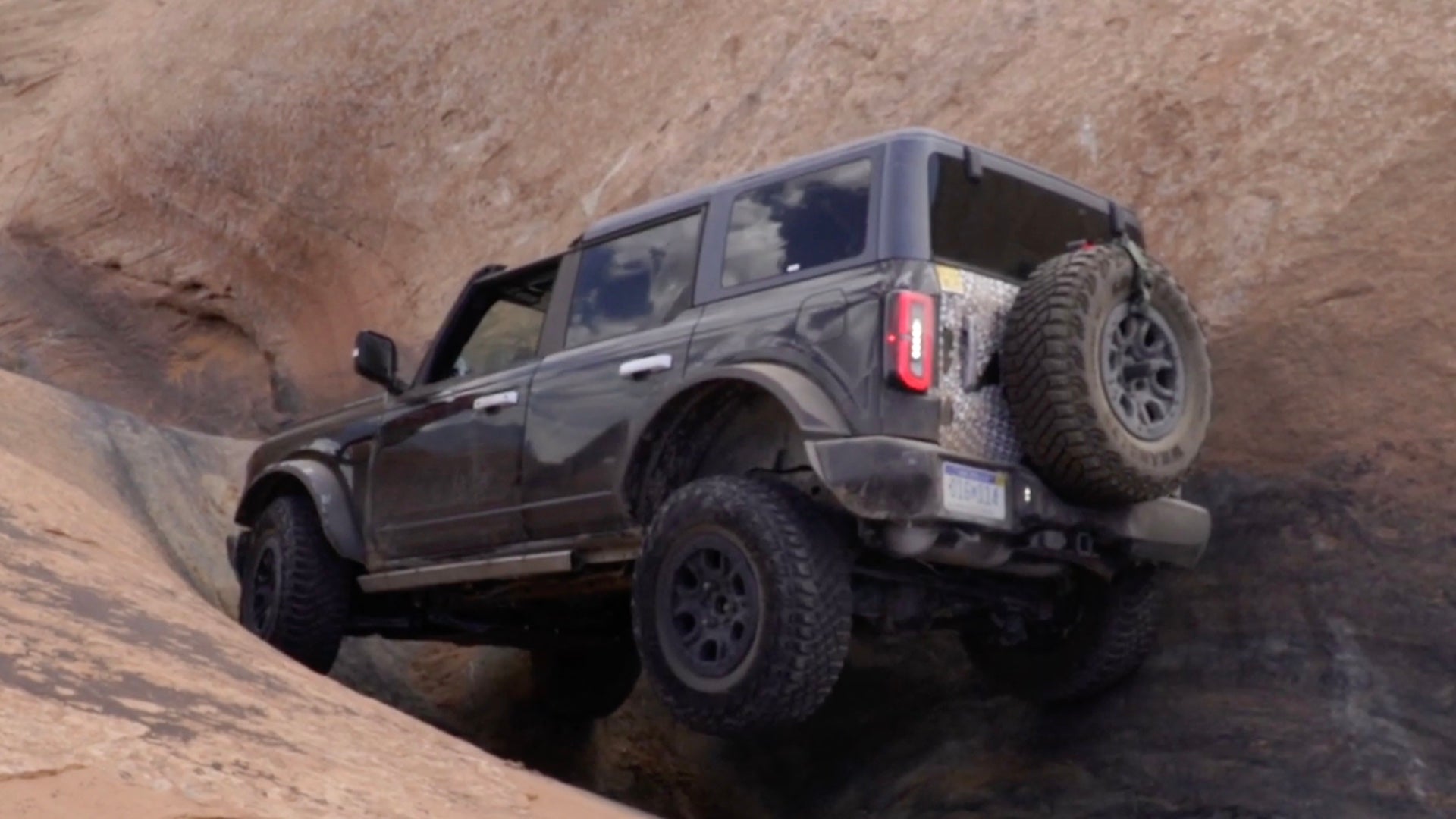 © Watch a Stock 2021 Ford Bronco Climb Up And Down The Escalator at Moab
Share This
Article:
Font size:
Write a Comment Report
Print

Described by the Bureau of Land Management itself as "extremely difficult, and recommended only for very experienced drivers with advanced equipment," the 6.5-mile Hell's Revenge trail in Moab, Utah isn't something just any vehicle can conquer. Its steep ledges and often slick surfaces are so challenging that Utah.com outright tells those looking to drive it to "get a Jeep." But soon, it'll have to amend that to include the 2021 Ford Bronco, whose latest incursion into Jeep territory took it up one of Hell's Revenge's trickiest ascents: The Escalator.

Little more than a jagged, V-shaped notch of slickrock, The Escalator is an optional detour along the threatened trail, the climbing of which is Instagram-worthy no matter how big-budget the rig used. Its rocks have been rubbed black by the many who have tried to snake their way up the crevice, not all of whom have made it, their vehicles or four-wheeling skills inadequate. But certainly adequate is the new Ford Bronco, which the video below reveals can handle the challenge just fine.

Though the Bronco prototype at times balances hazardously on just two wheels while making its ascent with the help of a spotter, it nevertheless makes to the top of The Escalator, and without damaging its body at that. This makes the Bronco at the very least a better off-roader than a modified Kia Sorento, which busted up its bumper something good making the same climb.

There are more flattering comparisons to make, but let that serve as proof that as long as a vehicle is capable enough, the right driver can take it further than most would expect. And with the wrong driver, the opposite is true, as shown in the video below.

Good thing Ford has made the Bronco so easy to off-road that odds of seeing a Bronco with a legible "ɹǝʌo ǝɯ dᴉlɟ 'sᴉɥʇ pɐǝɹ uɐɔ noʎ ɟᴉ" sticker on The Escalator are practically nil.

Update: We removed one video from this post because it appears to depict a crash where someone was injured.