The racing drivers demonstrate two very distinct ways of going around a corner. 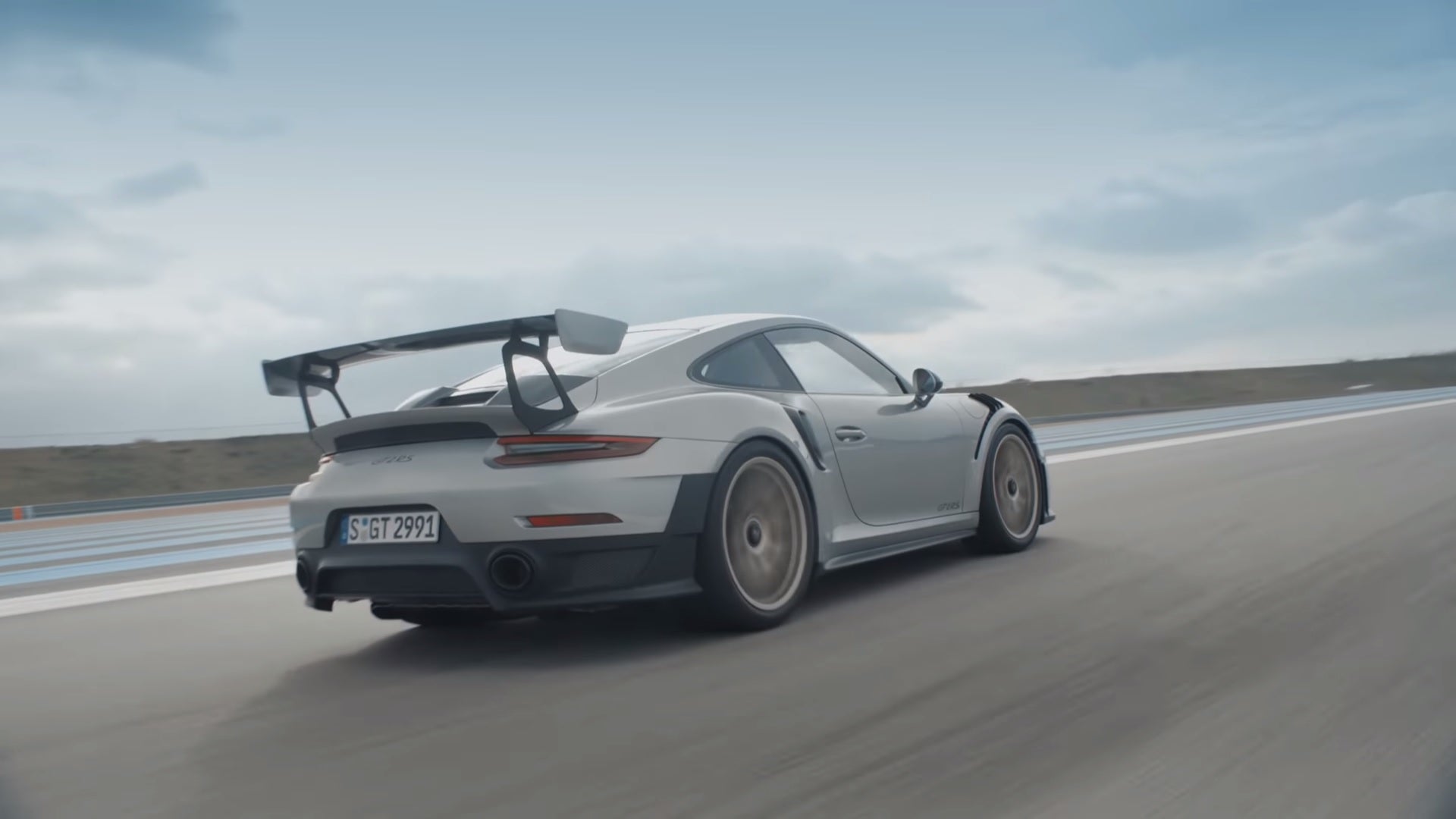 The new Porsche 911 GT2 RS, the most powerful 911 ever made and rumored sub-7 minute Nurburgring time holder, can light the world's racetracks on fire with record-breaking pace. But what if you're a GT2 RS owner looking just to have a little fun? Porsche showed us at Goodwood that it'll do that too, after a little initial difficulty. Now, the 911-maker has released a new promotional clip of two of its most famed factory drivers demonstrating this car's supposed dual personality the only way they know how.

In the video, we see Walter Röhrl and Mark Webber—both legends in their own right—hanging out in the paddocks at Circuit Paul Ricard, seemingly getting acquainted with Porsche's new track-slaying creation. Or perhaps Röhrl was simply giving Webber tips on preparing the perfect Bratwurst, who knows?

In any case, it doesn't take long for Webber to start the Porsche up and show Röhrl how to properly take corners—as if a guy like Walter Röhrl needed to take pointers from anybody about driving fast around bends. Mark's driving style could be described as efficient, precise, disciplined, and definitely stopwatch-friendly. Can't say the same about Walter's, however. See for yourself.