Korea’s new mid-size luxury sedan takes little from others and is better for it. 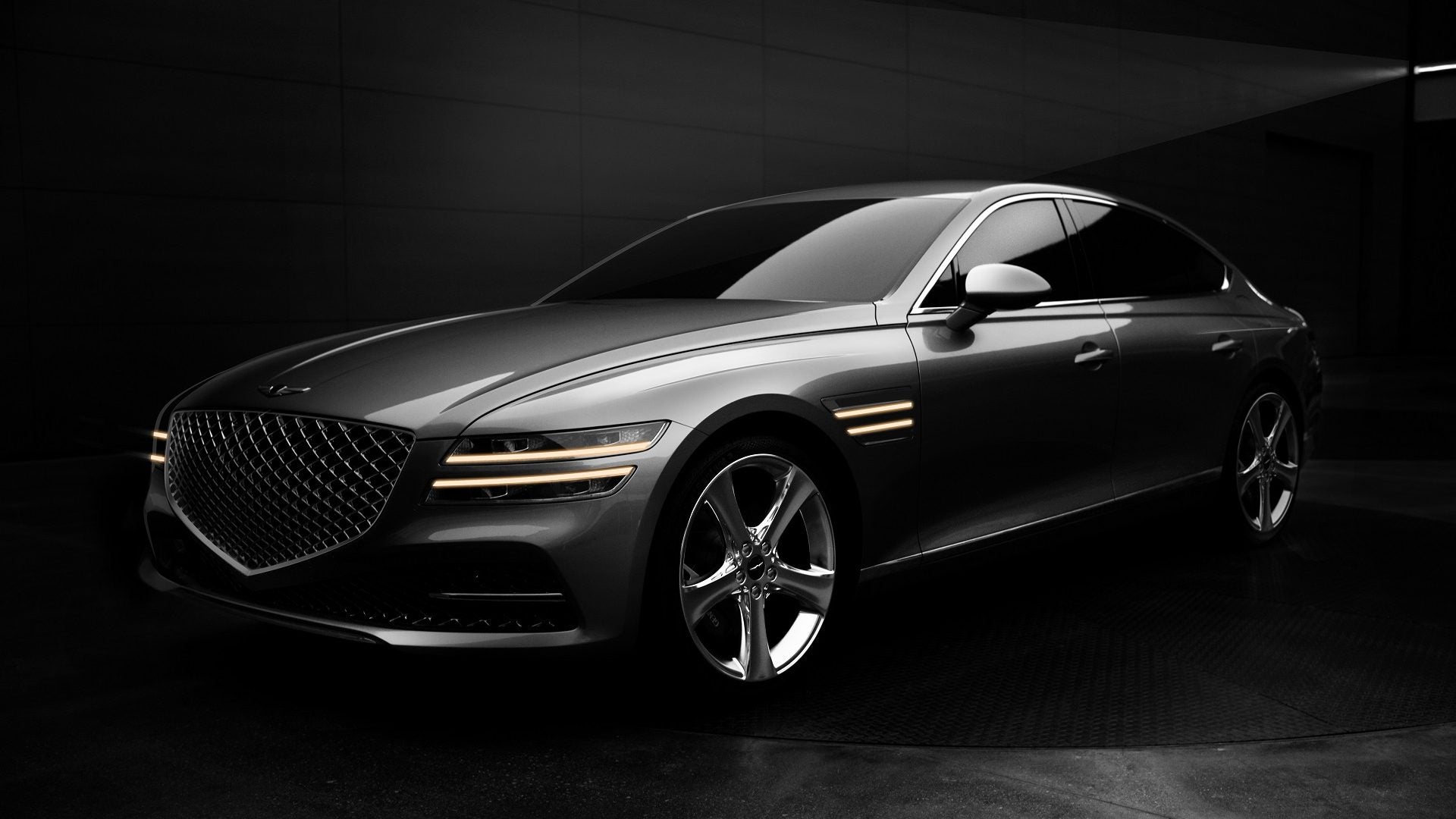 Just days after wowing us with the stunningly sleek Prophecy Concept, Hyundai's design office is impressing us once again. This time, with a car from luxury arm Genesis that you and I will actually be able to buy. Feast your eyes on the 2021 Genesis G80. Taking the GV80 SUV's design and scaling it down to a sleek, sloping-roofed sedan, the new G80 looks strikingly attractive and more than a little villainous. On top of looking good, however, it also looks...like a Genesis. Let me explain.

In the past, the internet's default response to a new car from an upstart automaker like Genesis would be to accuse the company of light plagiarism, comparing its design to those of the established European players—oftentimes, fairly so. This, though, is very much its own thing. I mean, okay, if you squint real hard, the rear three-quarter view has hints of BMW 6 Series Gran Coupe but if we're gonna play that game, the new 3 Series' rear end looks like that of a Lexus. Yeah, I said it.

So, unless you're actively looking to talk smack, this doesn't really look like anything else on the road. Except for other Genesis cars (Genesi?), of course. Things are similarly luxurious and Genesis-y on the inside, too, with a minimalist, sumptuous interior rocking an ultra-wide 14.5-inch screen and appropriately reminiscent of the GV80's cabin.

All that being said, looks only go so far and we're looking forward to evaluating how the new Genesis G80 fares in-the-flesh, y'know, as a car that has to go places and do things.

Pricing, as well as engine and technical details, have yet to be announced but a 3.3-liter V6 is a likely powerplant in one guise or another. However, we likely won't have to wait long for more info since the car is already scheduled to go on sale in its home country of Korea sometime this month.