Polestar engineers returned to the suspension drawing board and returned something incredible but still missing an edge. 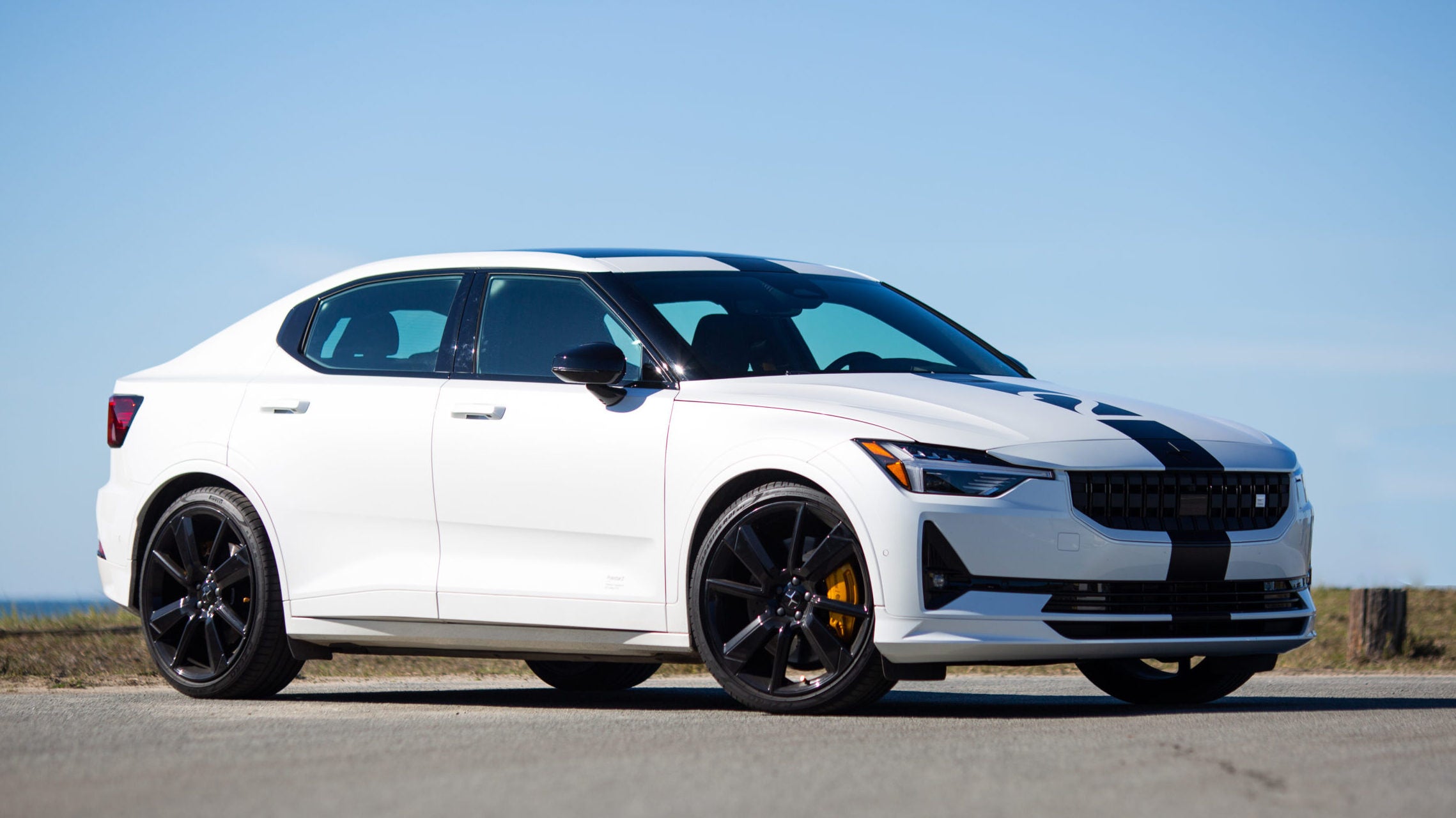 Swedish performance cars have an interesting history. They’ve always had something of an underdog vibe; lovable and weird. The 2023 Polestar 2 BST Edition 270 recalls some of the best vibes from those Swedish cars of old, while also having some of the same flaws. While the normal Polestar 2 is a smart and luxurious EV with a slightly sporty vibe, the BST turns the sportiness up substantially.

Polestar claims 166 changes for the BST compared to a 2 Performance, including some major suspension changes. To feel them out, I was sicced onto some of the San Francisco Bay Area’s finest (and bumpiest) roads on a damp, tricky morning. What I found was deeply impressive but also incredibly perplexing.

The high-level overview of the BST is that Polestar did what it did best: modify a car. Before it was its own brand that exclusively sold EVs, Polestar used to be a tuning arm of Volvo that cut its teeth making race cars. It would fit Volvo V70s and S60s with performance tunes, Öhlins dampers, and massive brakes. For the 2, it Polestar’d a Polestar with a slight bump in torque from the dual electric motors and, more importantly, swapped out the suspension for those iconic Öhlins coil-overs.

The external reservoirs of the Öhlins DFV suspension, with compression adjusters. Chris Rosales

But these dampers come with a twist: they’re external reservoir double-adjustable coil-overs of the DFV variety. DFV means dual-flow valve, which is an Öhlins technology. For those of us who spend hours dreaming of buying coil-overs (me), these are serious, top-shelf parts. Öhlins makes the parts, but Polestar engineers developed their own spring rate and shock valving specifically for the BST. Under the hood, the external reservoirs are the lone pieces of automotive jewelry, with the compression damping adjustment mounted on them. Rebound adjustment is underneath the car.

Between the two front dampers, Polestar added a strut brace. As we’ve explained before, this is different from a sway bar and adds rigidity by making the front suspension a box. This should increase steering directness and initial response. Finally, the tires are spec Pirelli P Zeros made specifically for Polestar. Most of everything else from the 2 is retained, with its strut-style front suspension and multi-link rear not receiving any bushing changes. The brakes are the same two-piece 375 mm four-piston Brembo fronts and 320 mm rears.

The last of the changes are for the exterior. Wheels are now designed to look like the Polestar 1's wheels, while the black cladding details are now body-colored. Yes, the black stripe is optional, but it is charming how the black stripe bisects the panoramic sunroof. Overall, the look reminds me of cool, modified European cars from the ‘90s.

My drive route through the Bay Area hills really challenged the BST. The roads there snake, twist, decrease radius, and have damp patches everywhere that could send me and the BST into an unsuspecting redwood tree. It’s a challenge for the car and a great test of its confidence in changing conditions. What I found was stunning but frustratingly, tantalizingly missing something.

You see, the BST is still largely a Polestar 2 Performance. The interior is basically all the same. The response and feel of the drivetrain are perhaps a little more aggressive but not notably so. The first impression of the BST is that of a Polestar 2 that rides quite a bit differently. And that impression doesn’t change, no matter how much time you spend in it.

That means it still has some of the shortcomings of the 2, most notably the deader-than-dead steering feel. Polestar has three modes for steering weight: light, normal, and firm. Even in firm mode, the steering doesn’t build up weight in a way that is desirable for the twisty, technical driving that the dampers demand. On-center feel is heavy and confident, but the steering effort does not increase as I increase steering input, making it feel lifeless.

The helm is direct and responds quickly, but I’m not totally sure what the tires were ever doing, because all road feel is filtered out. The wet patches of the road really exposed this shortcoming, just as I needed that information the most. Instead of the steering lightening and talking to me as traction changed, I was informed by body motions.

This means that the dynamics of the car are communicated entirely through the body and suspension. This is where the BST comes alive. The tuning of the dampers and spring rates is stunning. It had the magic combination of ride quality and stiffness that reminded me of Porsche. Impacts were filtered out easily in favor of more important road textures. Larger bumps were easily dispatched in one motion, and the nearly 4,700-pound mass of the BST was utterly hidden by the Öhlins dampers with incredibly crisp direction changes and great, communicative body motions. It rolled and pitched, informing me of where the weight was and how to manage it. Supreme confidence, if a little bouncy at times.

This is the ultimate frustration with the BST. Clearly, excellent work was accomplished on chassis tuning. But it just needs a little bit more to become something really amazing. And I can point almost all of the blame to the steering. It’s capable as hell, looks pretty neat, and has serious sports car performance. It’s all down to how it feels.

Polestar says the BST is not for everyone. And yes, that’s true. But as it stands, the car is more of a sports sedan for Polestar enthusiasts, rather than a Polestar for sports sedan people, and it's limited to 270 units for the planet. It’s kinda niche and weird, and that’s cool. But whenever a car gets so close to being something different, it always frustrates me that little bit more.

The BST has brilliance within its sheet metal. And it honestly wouldn’t take too much more tuning to unlock it. But until then, that brilliance stays locked away.