There’s more to it than just a body swap. 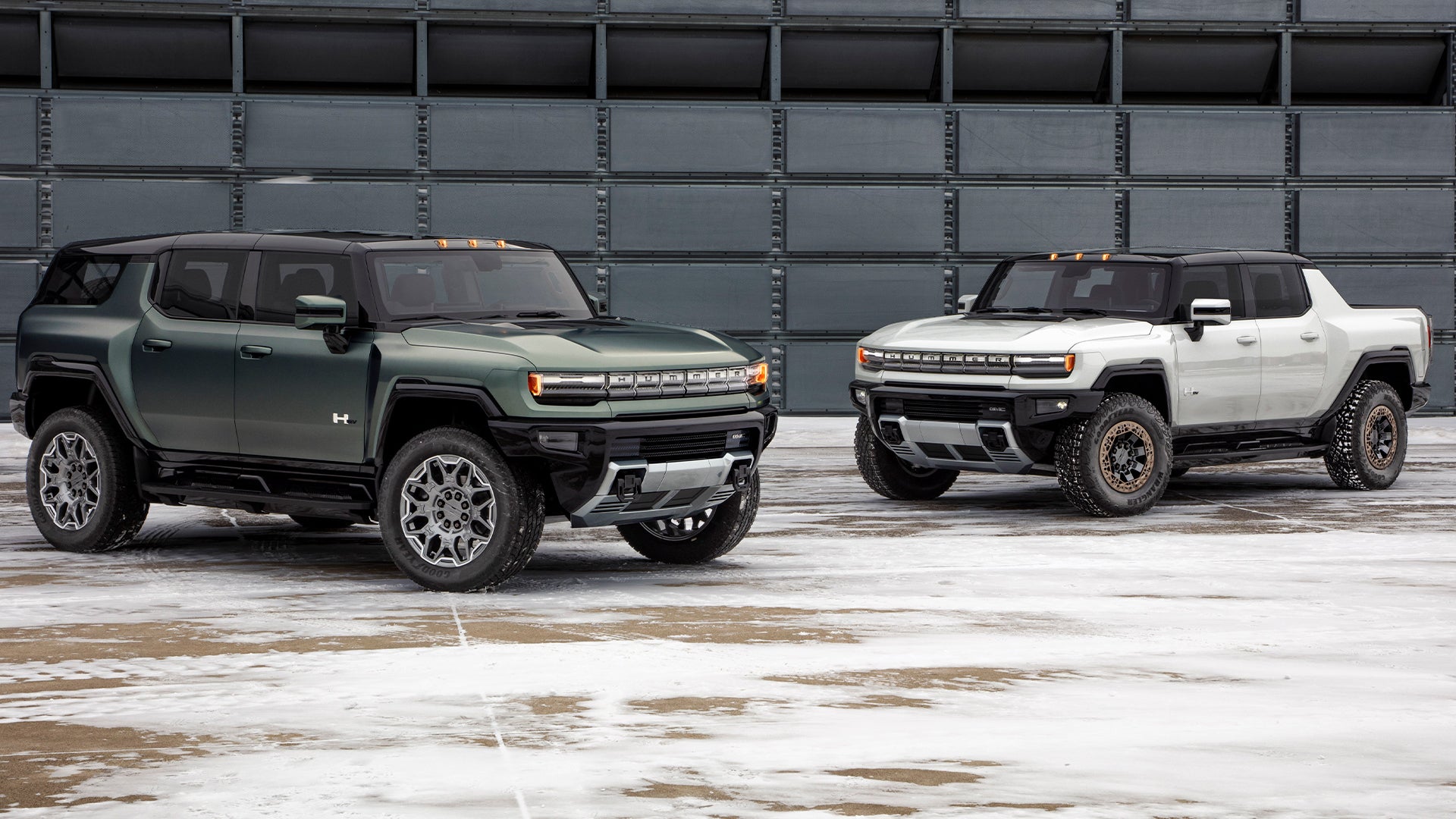 The electric GMC Hummer SUV was leaked last November and now, we've got the details confirmed. The stablemate to GMC's big, bad machine that aimed to make EVs cool will both pare that back a bit, for the consumer that wants a family wagon with only 830 horsepower, and take it a lot further with an "Extreme Off-Road" edition that boasts all the armor and tricked out features you want to properly take on the wilderness.

The SUV version isn't keeping it entirely conservative, though. GMC says that when the new car comes for the 2024 model year, it will "offer many options for customers to tailor the truck to their lifestyles, while continuing to encourage them to forge new paths with zero emissions.” That sounds like kind of a cop-out to admitting they've noticed everyone else is making cars without all-wheel drive, calling them an SUV, and sticking a drivetrain in it for the school run but despite being pitched at a broad audience, this isn't a novelty vehicle.

The cars will use GM's Ultium platform, which means they'll be coming with the highest-spec EV tech the company's making. Great—that's already in the 2022 pickup and there'll be similar configurations available with the SUV. At launch, the pickup comes with three motors for not-messing-about four-wheel-drive; the SUV version will be the same while also packing options to go down to two motors if you're buying this without an immediate view to drive it up or down any cliffs.

Prices will start for the base model at $79,995 later on; that still gets you a tidy off-roader, of course. It should have 250+ miles of range, with an option to extend that with additional battery capacity to 300+ miles—it's expected to be about 50 miles shorter than the Hummer pickup's range. You're also getting genuine all-wheel drive with the two motors putting out 625 horsepower.

If you drop $110,595 on the Edition 1 with Extreme Off-Road Package, though, that's when things start to get real interesting. The car available at launch has three motors, delivering up to 830 horsepower and a range of 280+ miles. It'll send you rocketing up any incline and turning extremely tightly thanks in part to four-wheel steering—GMC says the turning radius is shorter than a Ford Mustang Mach-E's. Finally, it's kitted out with underbody armor and cameras, rock sliders, a front eLocker and virtual rear lockers, 18-inch wheels, and 35-inch tires. Don't forget that nifty CrabWalk functionality or Extract Mode, either.

A big reason the electric Hummer SUV is down on power compared to the pickup is actually due to its wheelbase. Since it's roughly nine inches shorter—126.7 inches compared to 135.6—the truck's top-tier battery pack couldn't physically fit in the Hummer that lacks a bed. That means it's roughly the same size as a Range Rover from front to back, though it's still five inches taller than a Chevy Tahoe, as Car and Driver points out. It'll seat five and feature an impressive 82 cubic feet of cargo capacity with the rear seats folded down.

One final party trick for the Hummer SUV is an available 6.0-kilowatt onboard generator. It'll be similar to Ford's ProPower Onboard setup that recently powered houses during Texas' statewide blackouts, though slightly down on juice compared to the Blue Oval's top-spec 7.2-kW unit.

The Hummer SUV will have hands-free Super Cruise, though, and Ford can't claim the same.

Got a story tip? Mail me on [email protected]