Home
News
Dealer’s $5,995 Markup on a Mitsubishi Mirage Will Make You Scream
Scroll Down To Discover
News

Dealer’s $5,995 Markup on a Mitsubishi Mirage Will Make You Scream 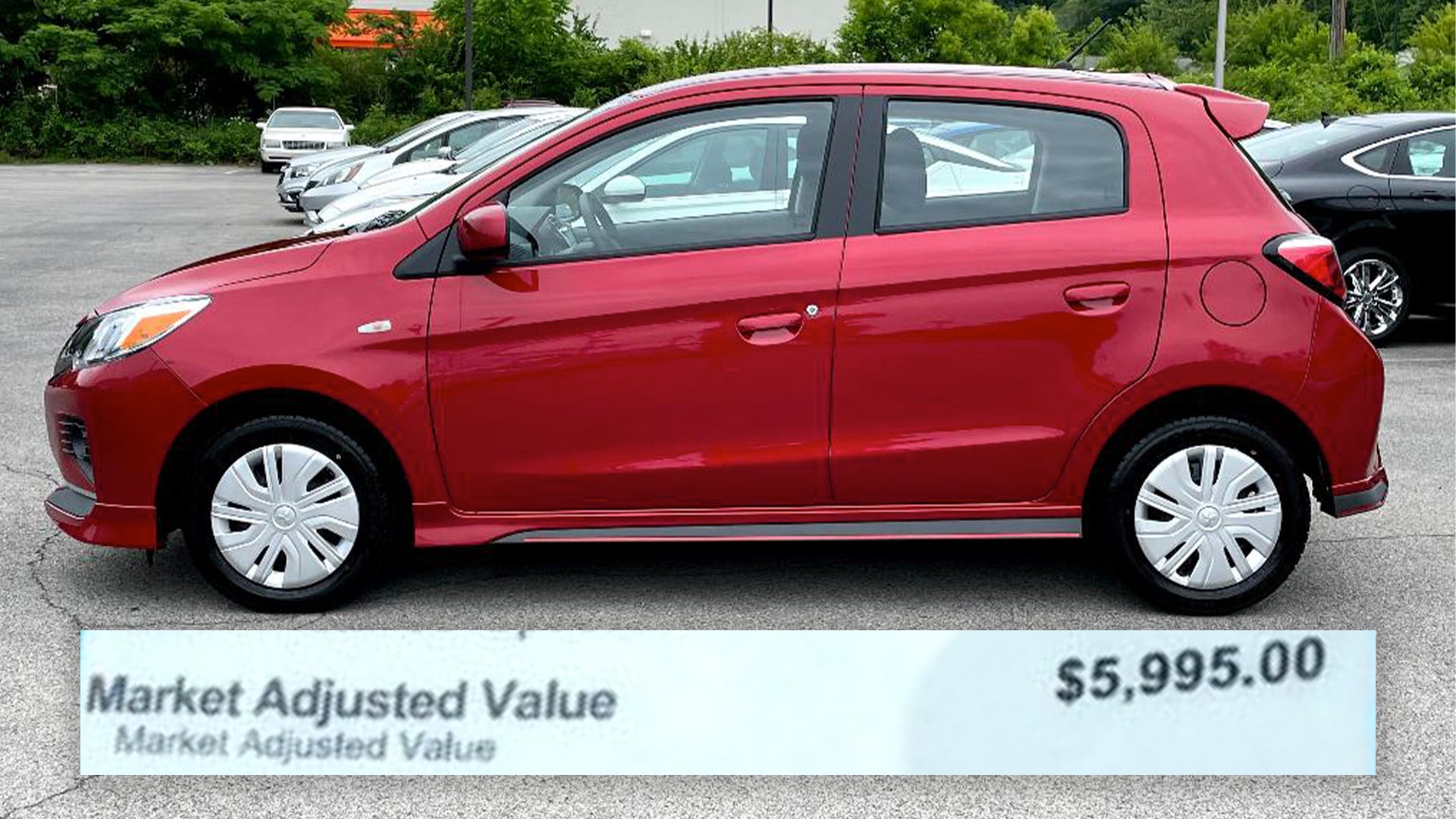 © Dealer’s $5,995 Markup on a Mitsubishi Mirage Will Make You Scream
Share This
Article:
Font size:
Write a Comment Report
Print

The Mitsubishi Mirage hatchback is one of the least expensive new cars for sale in the United States right now, with a starting MSRP of just $17,990 including destination. It may seem like one of the few cars you can still get for cheap in this crazy market, but apparently, that's not always the case. There's one dealership in Oak Ridge, Tennessee that's asking more than a few grand over what's listed on the window sticker.

Thanks to a tweet from High Mileage's Adam Barrera, we know that Ole Ben Franklin Motors is currently offering at least one Mirage with a pretty healthy markup. The modestly appointed economy car has been "market adjusted" by right around a third of its MSRP, or $5,995. If you want to buy this little red machine, it'll cost you $24,260.

Ole Ben Franklin Motors has a slew of Mitsubishi Mirages for sale—35 in total. A dealership employee confirmed to The Drive that they're all marked up to some extent as they're "bringing more money" in this oddball new car market. There are better equipped and more expensive trims of the car for sale on the very same lot, though it's unclear if the markups attached to those are for the same amount we see here.

On the dealership's website, the markup cited by Barrera isn't present. We contacted Ole Ben Franklin Motors and they confirmed that the price in the tweet is accurate for this particular Mirage.

For some context, there are better cars to be had than the Mirage for around $24,000. A new Honda Civic EX, for instance—the third-highest trim on the Civic—starts at $25,715. Likewise, Kia's sharp-looking and stylish K5 starts at $24,685. Both are better appointed than the Mitsubishi seen here, and their powertrains are significantly more stout than the Mirage's naturally aspirated, 1.2-liter three-cylinder.

So if you're looking for a Mirage, you should probably wait, or at least find a dealership that isn't marking them up by one-third of their value. With the chip shortage still ongoing, it's worth noting that some dealerships need to boost prices on account of a lack of available inventory; there are two sides to every story. That doesn't mean you won't regret buying a car for thousands over sticker when things are expected to normalize in the following months.