Not even Jeff Bezos could save the self-driving car company. 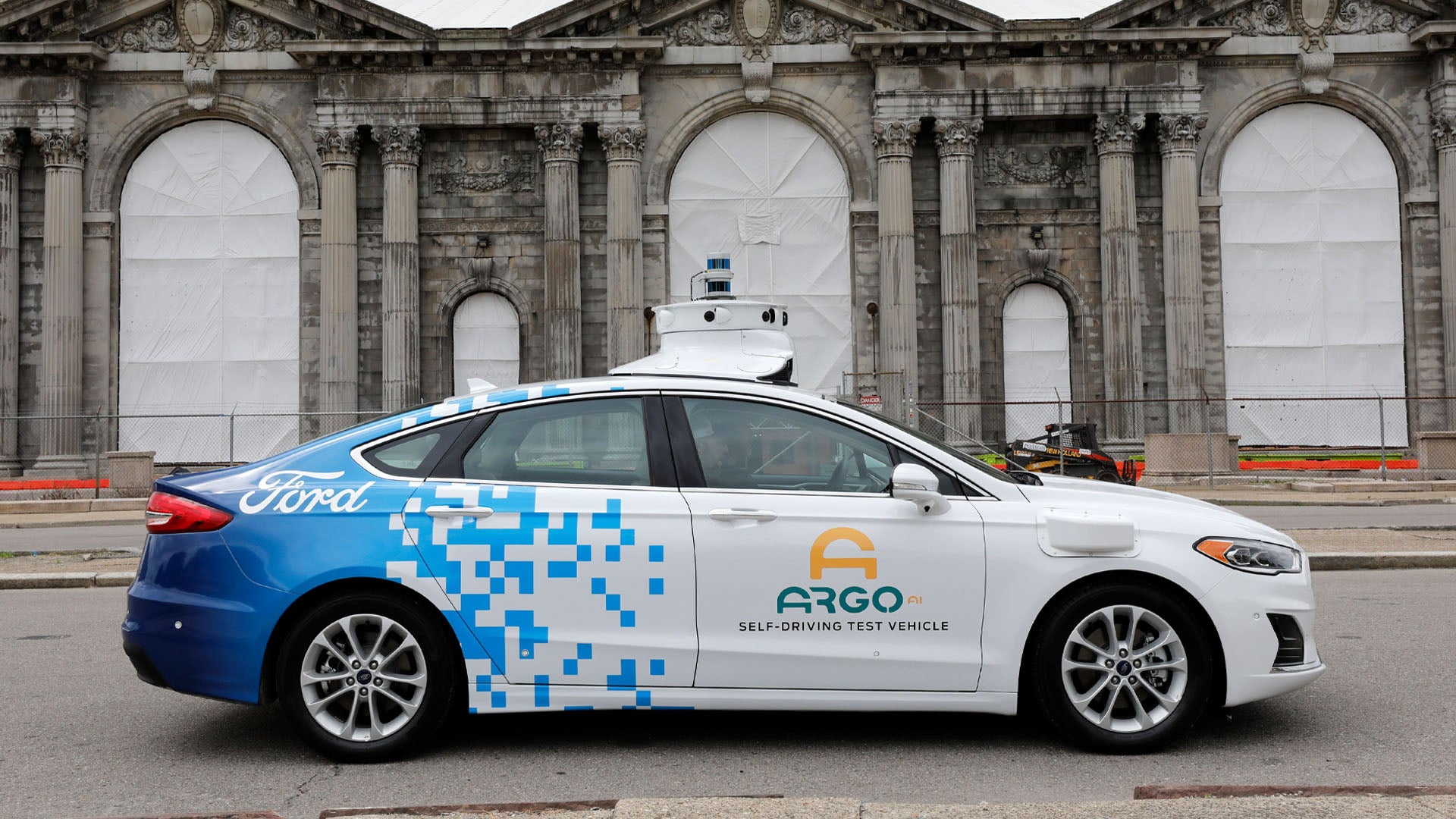 The dream of smoking a cigar with the windows up in your self-driving turbine-powered jet car may be on hold. At least, that's what the demise of Argo AI, backed by monolithic automakers Ford and VW indicated. Before it all came crashing down though, Bloomberg reports Amazon nearly stepped in to keep the ball rolling.

The retail giant, which is rumored to be laying off thousands of employees, was allegedly interested in the technology for use in its Rivian-built delivery vans last year. However, a struggle to determine how Argo would be governed with three large investors as well as an alleged high cost of the autonomous driving company's tech soured the deal. Then Russia invaded Ukraine, which hasn't done anyone besides defense contractors any good.

Amazon was reportedly willing to invest hundreds of millions of dollars into the startup. Ford had already invested $1 billion in 2017, followed by an even bigger $2.6 billion pile of cash from Volkswagen. In fact, VW's now-deposed CEO Herbert Diess even met with Jeff Bezos personally to discuss details of a potential deal. This was followed by prototype Argo vehicles running Amazon delivery routes, albeit without dispensing any packages.

Argo additionally hired 150 people to work on what seemed like a surefire investment from Amazon, but it was for naught. A governing deal couldn't be struck, the global economy was in a further state of disrepair thanks to that Vlad guy over in Russia—what's his last name again?—and inflation got more serious.

Ultimately it's tricky to tell if the additional investment would've saved Argo. The exact details of the company's struggles aren't clear at this point and other self-driving startups haven't failed along with it. At least not yet.

Other autonomous driving development groups have closer ties with parent automakers, which could shield them from broader economic stress. Tesla's team, for instance, is completely in-house. Its progress toward driving free of human involvement may be hampered by its hardware selection.

General Motor's Cruise appears to be the leader, offering driverless rides in San Francisco. Its own strides aren't without hiccups, though. Sometimes its vehicles swarm like bees to certain locations and cause traffic jams. Human handlers then must be dispatched to drive the vehicles away manually. Likewise, its new Ultra Cruise technology, which will debut on the $300,000 Cadillac Celestiq, is still considered a "Level 2" system. The capable tech can deliver passengers from one address to another hands-free in a multitude of situations, but a human will still have to be ready to take control. In essence, Ultra Cruise is just an extension of GM's existing Super Cruise system.

In the end, if Amazon couldn't save Argo, few others could. Self-driving cars are hard to get right as it turns out. Humans are actually pretty good at driving. Unless they're from New England, that is. Let's not make too crazy of a blanket statement.