It’s not delivery, it’s the Denver & Rio Grande Western 491 steam train, and it works surprisingly well as a place to cook a pizza. 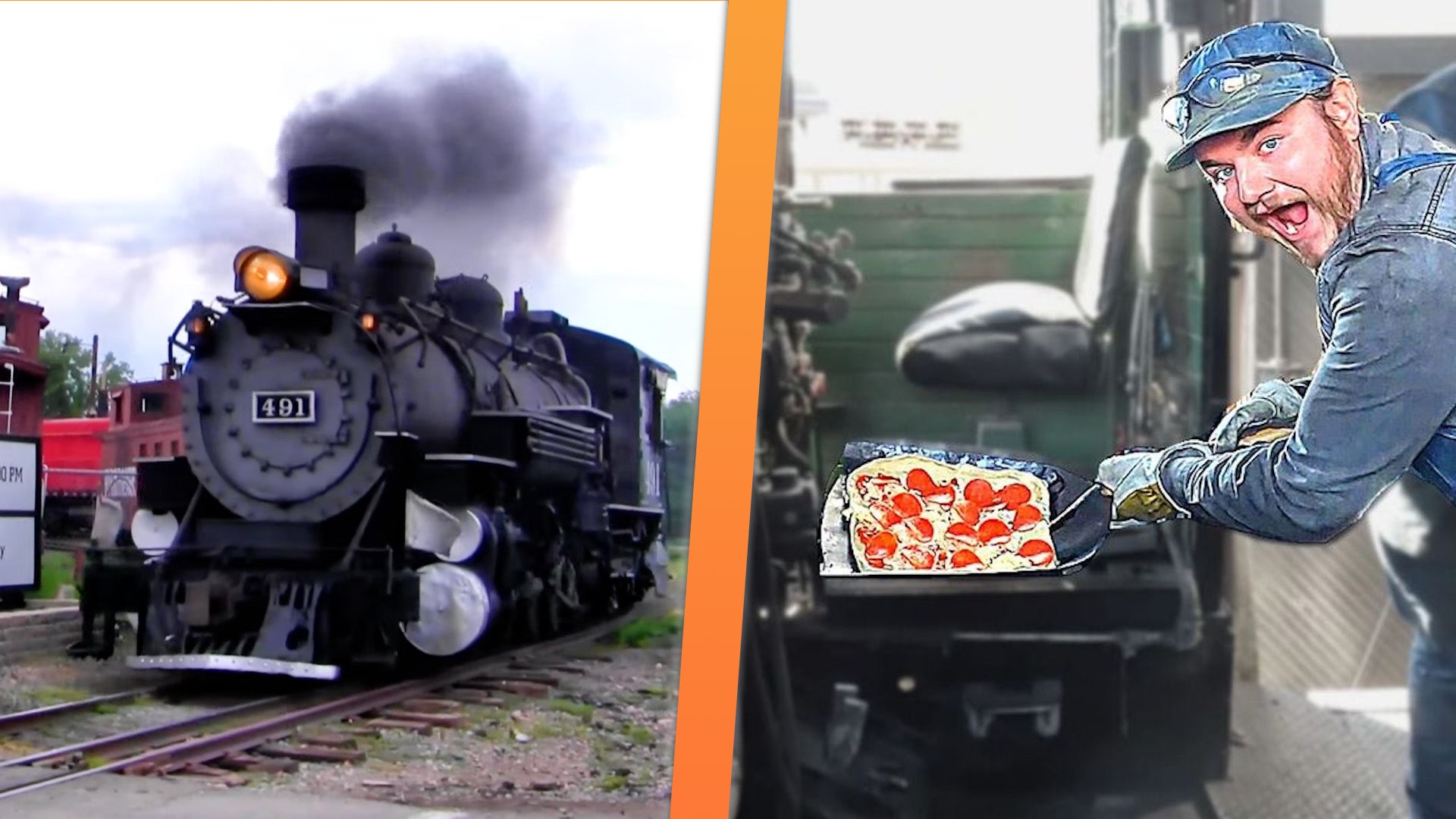 Cars are not crock pots. Try to cook with them, and you'll end up with an inedible mess of petrochemicals, if not a slightly crispy Lamborghini. Trains however may be another matter, as YouTuber Mark "Hyce" Huber discovered while seeing if a vintage steam locomotive could cook one of everyone's favorite foods: Pizza.

While easy to bake from your freezer, pizza is almost always better from a restaurant for a multitude of reasons, one of them being heat. Most home ovens don't go far past 500 degrees Fahrenheit, while commercial ovens operate at 800-plus according to Forno Piombo. This heat is key to crisping up a thin crust, all while baking the pie through without burning it. In theory, any superheated compartment with a hole in the side could be used as a pizza oven—such as the firebox of a steam engine.

Huber tested this on a restored Denver & Rio Grande Western K-37 class steamer, a narrow-gauge 2-8-2 used in the Rocky Mountains of Colorado. Seeing as the engine's "coal blast furnace" of a firebox reaches temperatures of 2,500 degrees Fahrenheit, it stands to reason it'd be a superb pizza oven. Huber went all-in on the experiment with a scratch-made pizza, using homemade dough and sauce, fresh mozzarella, and a layer of sharp Parmigiano Reggiano—like that parm stuff in the shaker in your fridge, except it tastes like cheese and not sawdust.

Loaded into the firebox during the start on wood, the pizza takes less than two minutes to cook fully, with a nice char on its underside. A taste test reveals it to be a darned solid pizza—Huber says it's not as good as his regular home bake, but it's still a pie of high caliber going by the reactions of his fellow railroaders. It's good enough that Huber and company believe the train itself deserves a bite, so they toss in a sacrificial slice as tribute. Feeding your trains to honor them is something of a tradition, apparently.

A second round over a full coal flame goes less well, with the pizza burning onto the shovel and coming off a mess. Still, the pizza was edible, tasty, and proves a train can be used as a pizza oven in a pinch. They're not about to start replacing the ovens at your local wood-fired parlors, what with their size and supercar-rivaling prices, but train-cooked pizzas would be a memorable novelty as dinners go. I'll take one with pepperoni, black olives, and pineapple, please.

Ever cooked something unusual with a vehicle? Tell me about it at [email protected]