It can do a sub-eight-second quarter-mile at over 170 mph. 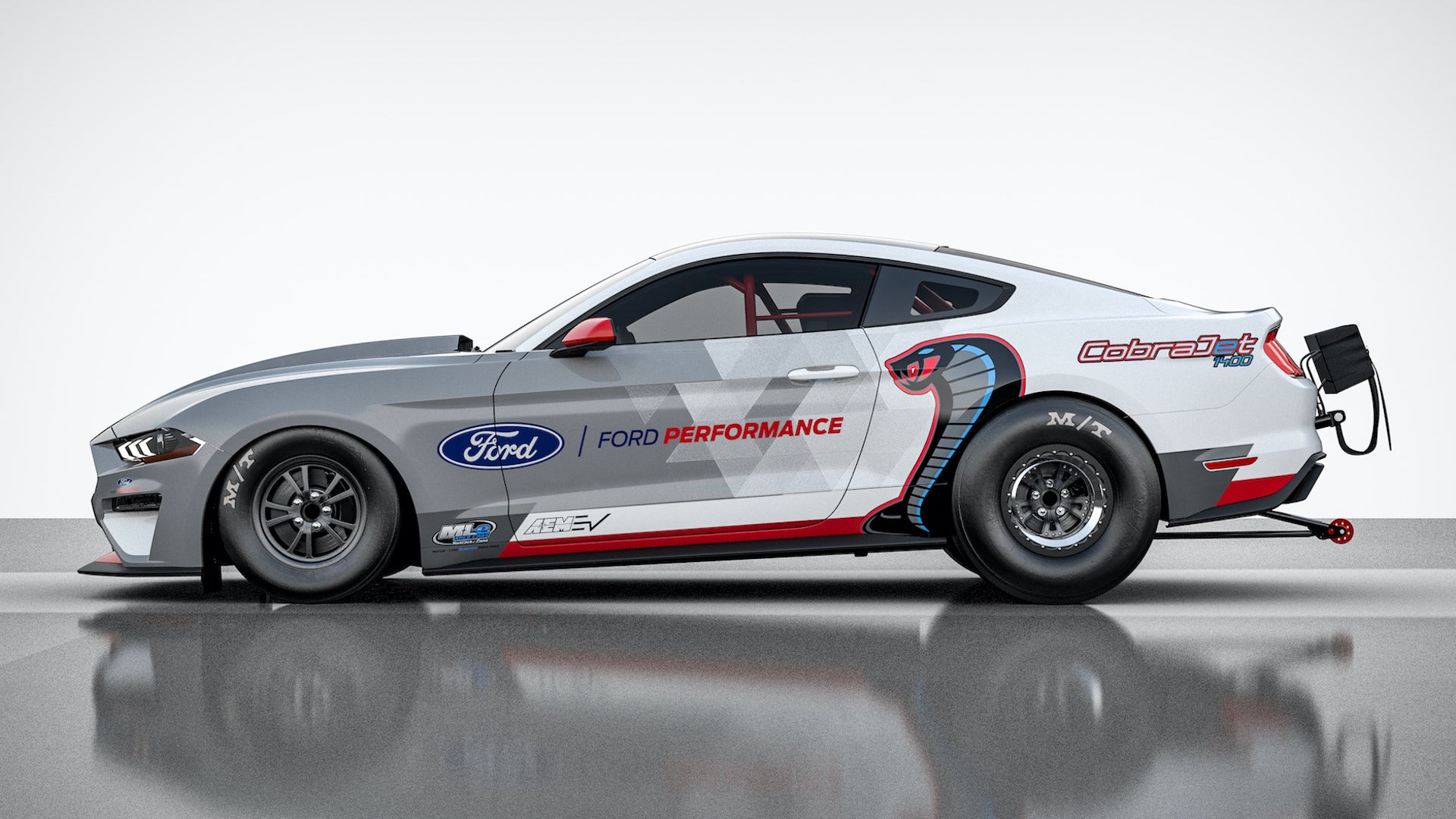 Ford made waves last year when it announced the Mustang Mach-E, an electric crossover due later this year as a 2021 model. Fans were seriously miffed at the company’s decision to slap a legendary sports car nameplate onto an electric family hauler, despite the fact that the Mach-E promised to be no slouch compared to a typical Mustang. Somebody at Ford obviously listened, because the company just unveiled its Mustang Cobra Jet 1400 electric drag racer prototype, and it’s aimed directly at the Mach-E critics.

We’ve seen electric powertrains deliver serious power, so it’s no surprise that the Cobra Jet 1400 prototype is said to run the quarter-mile in the low eight-second range at more than 170 miles per hour. Making those numbers possible is the car’s 1,400 electric horsepower and more than 1,100 pound-feet of instant torque.

Ford says that the prototype presented an opportunity to start working on electric powertrains for racing applications, but it’s unclear how far the company will push its electric drag racing prototypes since electrified racing outside of Formula-E is still in its infancy, in general. We do know that the all-electric Mustang Mach-E is almost ready for market and promises impressive performance for the street, so it’s clear that Ford is jumping into electrified performance with both feet.

Last year Ford rolled out the Mustang Lithium, a 900-horsepower electric pony car with a six-speed manual transmission, which stole the show along with a Bronco racing truck at SEMA 2019. It's unclear if the Lithium and this new drag racer share any technologies—as the Blue Oval remained mum on many details for either machine—but logic dictates that engineers most likely learned a thing or two from last year's project.

Real racing is on hold indefinitely, but the Cobra Jet 1400 will be up for a preview on Sunday, April 26 on MotorTrend on Demand's show “Hard Cell,” which will feature the car alongside other electric performance vehicles.