Like with other enthusiast cars and trucks recently, this dealer sees the new GR Corolla as an opportunity to charge big bucks. 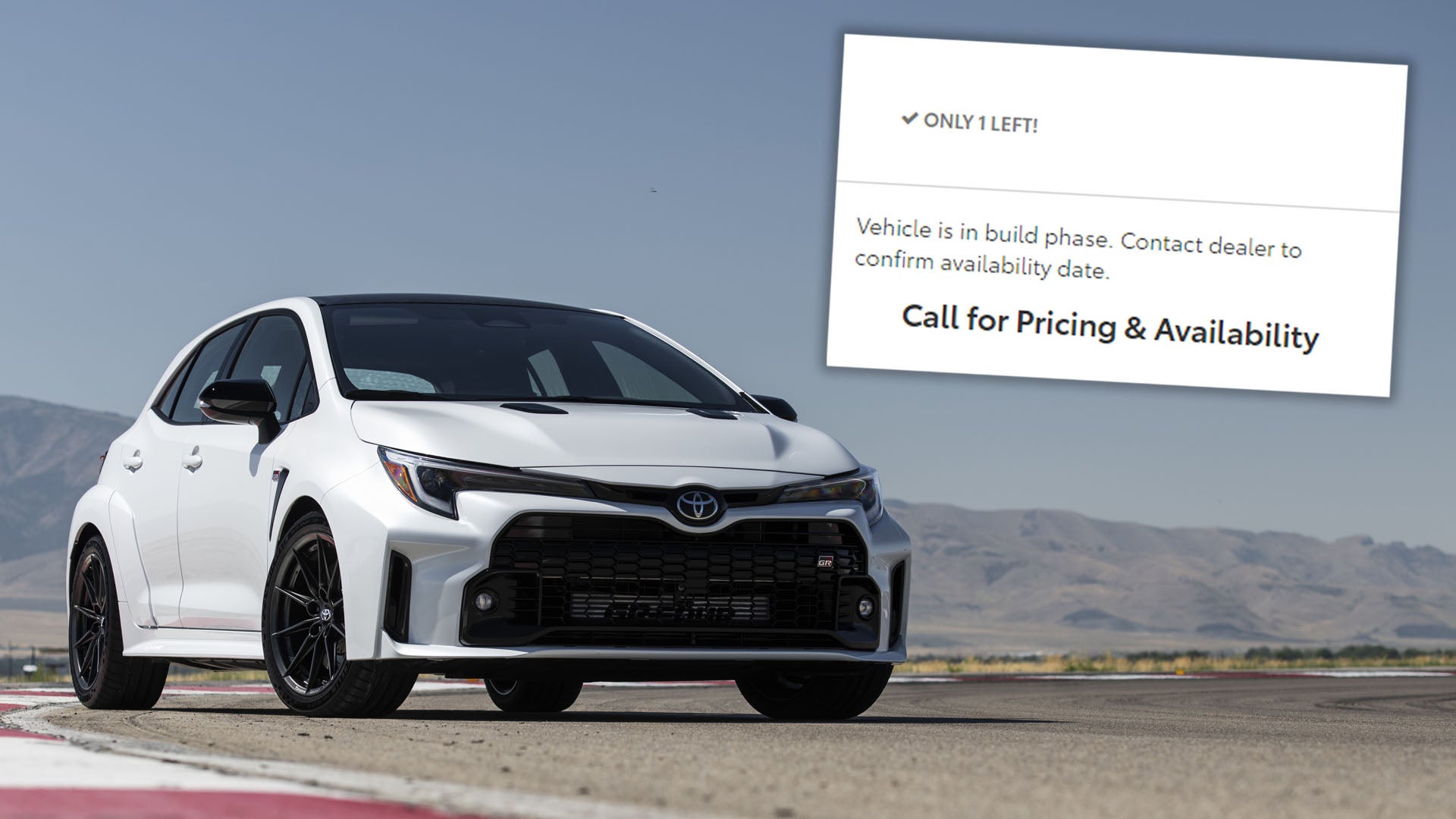 Enthusiasts are putting their money where their mouth is. The new 2023 Toyota GR Corolla is a hot car and seemingly everyone wants one. A Toyota dealership in Rockville, Maryland is just one of the many to understand this, and as such, it's allegedly marked up its only unit of the car just over 50% from $39,938 to $60,223. "Allegedly" only because as soon as a private Facebook group shared it and CarScoops reported it, the dealer took almost all the information off the internet—including the price. But not the VIN number, though.

According to the Darcars 355 Toyota website, the vehicle is still in the build phase, so it has yet to arrive on the dealer's lot. I've contacted the business via phone, email, and text inquiry in order to confirm the price, but have yet to hear back as of publishing.

The alleged markup is the result of scorching demand for the GR Corolla along with other enthusiast cars. The relatively low price of $36,000 for a 300-horsepower, AWD, stick-shift hatchback combined with a low initial production volume is creating a bit of a perfect storm. Markups are a natural result of that, of course, but it doesn't make a 50% increase in price any less extreme.

All U.S. dealers will receive just 6,600 units for the 2023 model year. 5,100 will be the standard car with various options while just 1,500 will be higher-spec Circuit Editions. For reference, the rest of the world will be getting just 2,000 GR Corollas for the 2023 model year—though most other countries don't have the American franchise dealer system. Still, those 2,000 international cars will likely be sold much closer to MSRP if not at it.

Other hot sports cars like the new Civic Type R and the new Nissan Z are seeing similar markups. One dealer even marked a Z up to $129,000. A base-trim Z, for reference, sells for a reasonable $41,015.

Will the sports car markups ever end? It's not likely unless demand stagnates or automakers themselves take action to keep prices down. The latter is an uphill battle when many car companies still cannot provide pre-pandemic levels of inventory. As long as there's a supply crunch, expect to pay more.