Dealers usually get their way when it comes to “market adjustments” on hot new cars—just not this time. 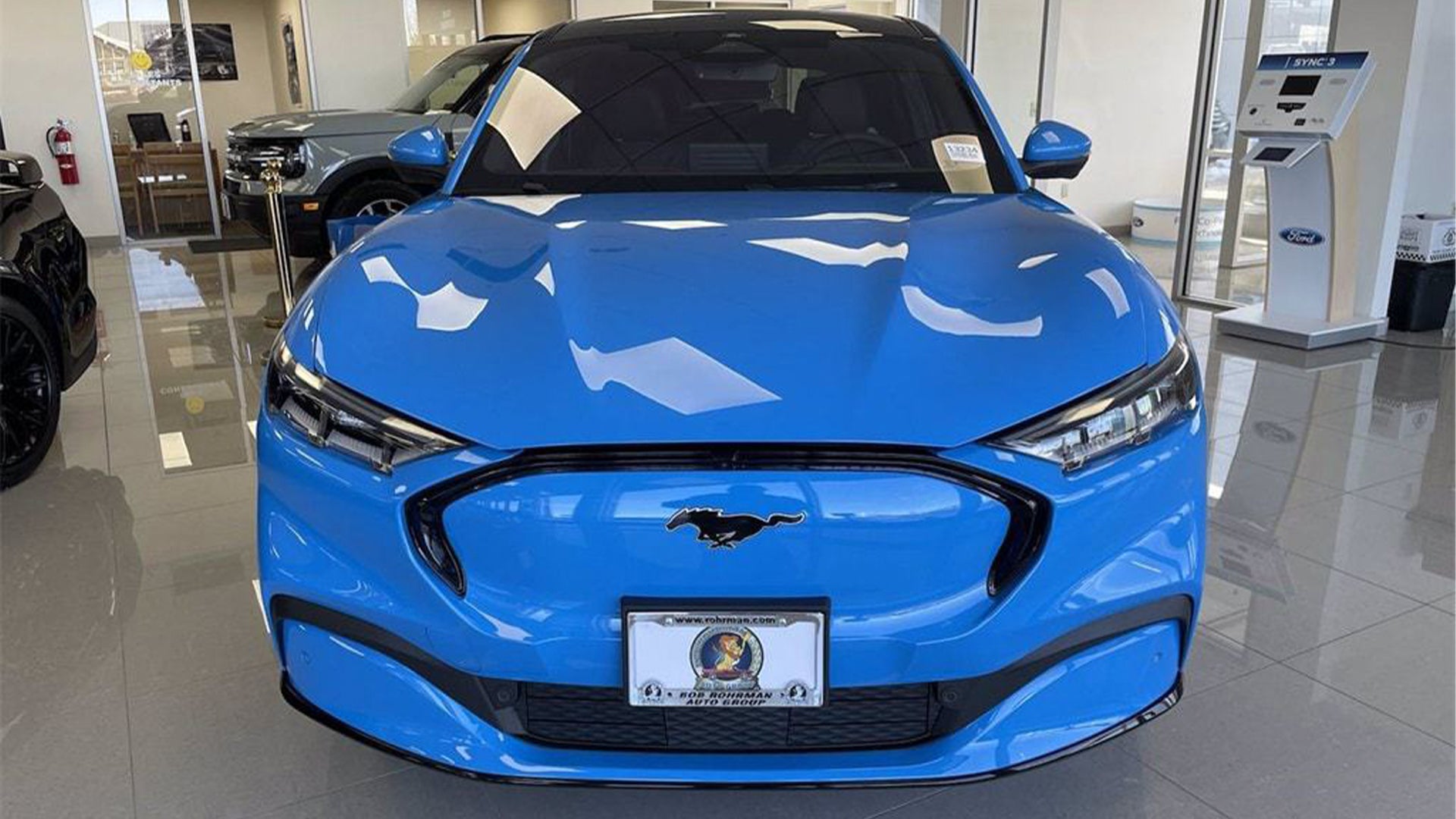 Nothing puts dollar signs in a car dealer's eyes quite like a hyped-up new model. Limited availability sometimes allows dealers to name their price, often at the expense and to the distaste of consumers. But in the case of the Ford Mustang Mach-E, the Blue Oval needs its long-awaited e-pony car out on the roads, worming its way into EV adopters' minds so they'll consider something other than a Tesla. That's why when Ford found out an Illinois dealer was letting a Mach-E First Edition sit in the showroom with a $10,000 markup, it told it to cut that crap out.

The Mach-E at the center of this debacle is being sold by Bob Rohrman's Schaumburg Ford outside Chicago, where a prospective buyer was reportedly allowed to sit in the car, but not test-drive it. This led the buyer to share a photo of the Mach-E's window sticker complete with a 10-grand markup online, where it was tweeted by The Drive contributor and EV expert John Voelcker.

Digging up the Mach-E's window sticker from the dealer's site shows it to be an unremarkable example aside from its First Edition package, with no extended range and no real justification for the markup. Or, for that matter, the dealer's protective treatment of it, as a photo of the door jam shows it was built back in November. It's been sitting unsold for a good while now.

But the dealer's greed didn't go unnoticed by Ford. Voelcker's tweet popped up on the radar of Ford North America's Product Communications Manager Mike Levine, who presumably made a phone call or two before declaring the dealer's markup was in the dirt. True to Levine's word, Schaumburg Ford's online listing for the car reads $59,400, rather than the $69,400 shown on the window sticker above.

Dealers typically have the freedom to decide their own prices, but in a hot and still-warming EV market, the Mach-E's rollout is too crucial for Ford to allow that. This EV, after all, is the car meant to show Ford is on equal or better footing than segment pioneer Tesla, never mind other legacy carmakers such as Volkswagen with its comparable ID.4 crossover. So, if it comes down to the choice between short-term profit margins and a larger share of the EV market of tomorrow, it's clear which does Ford—and its dealers—the most good.