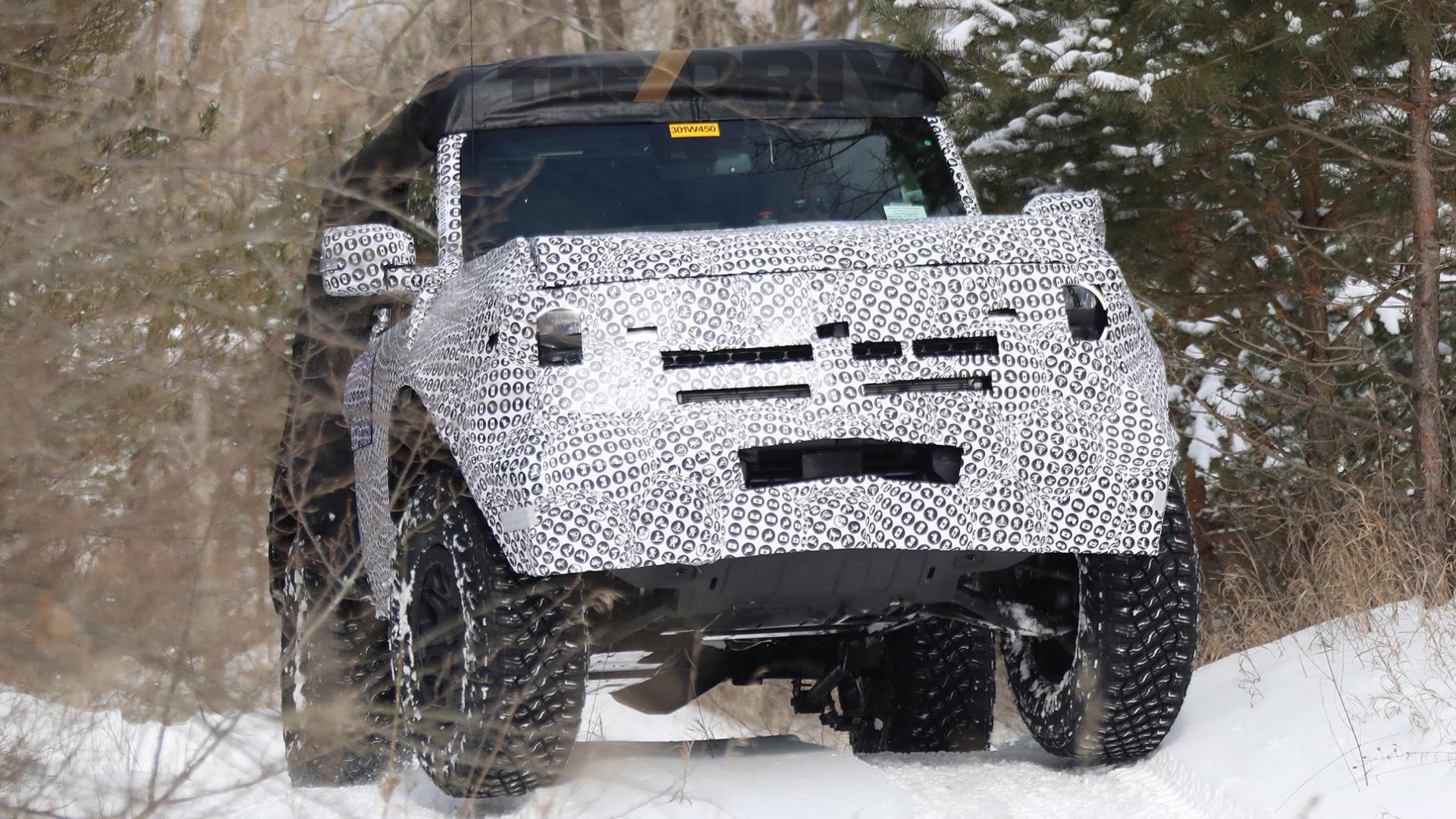 As we move closer to the 2021 Ford Bronco’s spring debut, the Detroit giant is being more brazen with its preproduction mules. Once shrouded in secret, Bronco mules have become quite common. And though we haven’t seen it sans the dizzying digital camouflage or heavily cladded bumpers, the latest spy shots reveal a two-door Bronco that very reminiscent of its boxy and beloved predecessor.

Set against a snowy Michigan backdrop, the spy shots show Ford’s engineers taking the Bronco out amongst the woods and thoroughly thrashing the forthcoming pickup. In a handful of the spy shots, you even see that the engineers caught some air, making good use of the truck’s supposedly off-road-tuned suspension, as well as its knobby off-road tires.

The Bronco’s size, and lack of secondary doors, immediately points to the rumored two-door layout Ford teased some time ago. And although the rear of the truck is hidden away under a massive black tarp, that likely shields the roof’s removable nature. What we also see are similarly sized fender flares, just like on the four-door we spotted two weeks ago. Peaking out from underneath the fabric camo are also the leaked headlights reported on late last year.

What’s better is we finally see what’s underneath the Bronco thanks to the engineer’s shenanigans, which includes a solid rear axle, some underbody plating for better off-road protection, and a solid-looking oil pan likely meant to take a beating. Little else is available to be parsed out, though it seems we’re getting more and more information by the week.

Ford’s still remaining mum about an exact launch date for the 2021 Bronco, content to just say sometime this spring. Until whenever that occurs, we’ll be keeping our eyes peeled for more mules running around or leaks like the nine patents door, roof, and storage patents

The Drive discovered last year. Stay tuned as the Bronco seems to be becoming the worst-kept secret in all of Detroit.