Home
The Garage
MPGe Explained: How EV Efficiency Is Calculated, and Why It Doesn’t Always Add Up
Scroll Down To Discover
The Garage

MPGe Explained: How EV Efficiency Is Calculated, and Why It Doesn’t Always Add Up

MPGe is confusing, but we’re here to demystify a complicated metric. 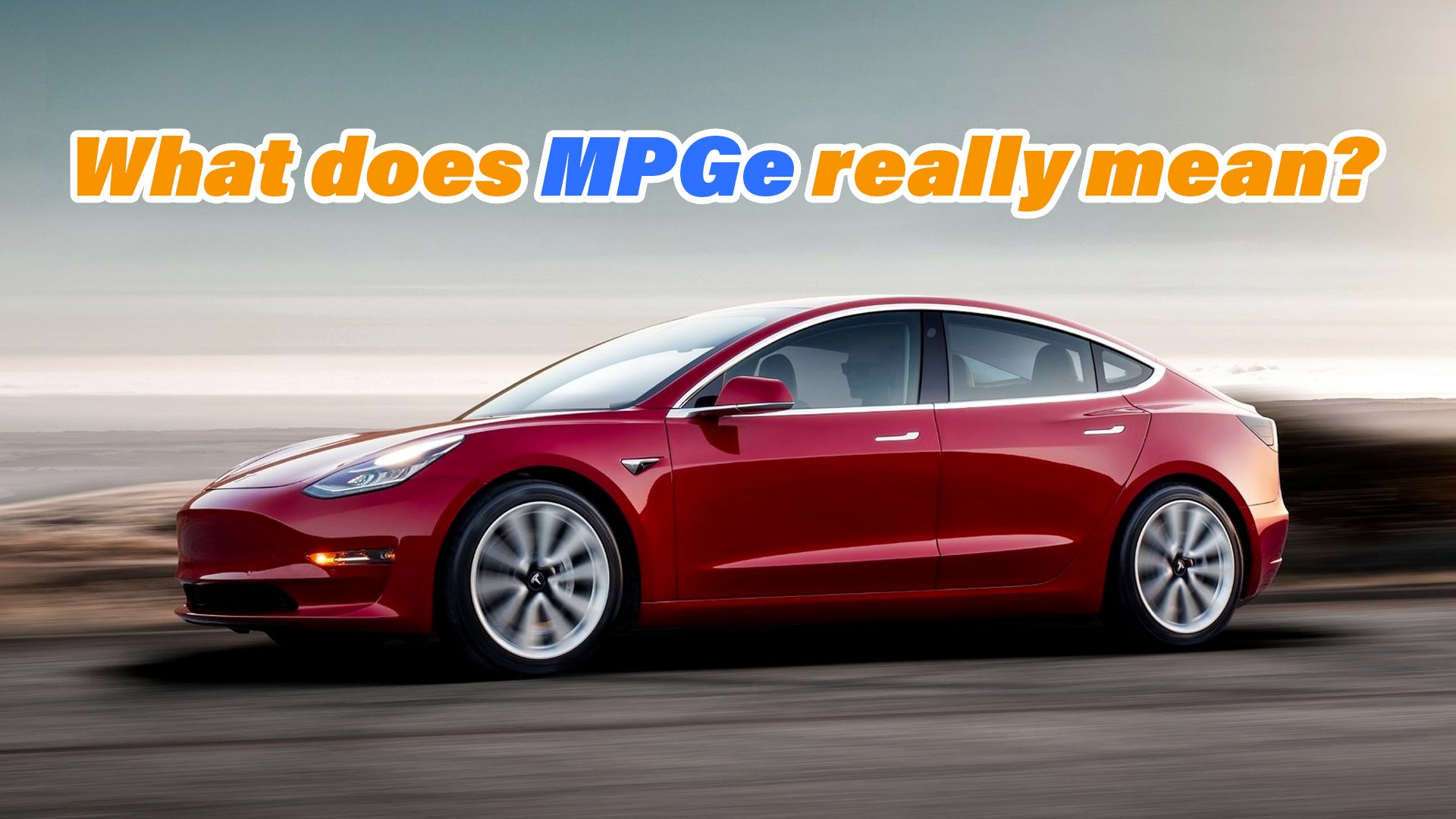 © MPGe Explained: How EV Efficiency Is Calculated, and Why It Doesn’t Always Add Up
Share This
Article:
Font size:
Write a Comment Report
Print

If you’ve dipped your toe into the electric car conversation, either as a curious geek or a potential EV convert, you’ve probably focused heavily on an electric car’s range. That’s fair; for many, range really is the name of the game. No one wants to pay thousands of dollars for a car that can barely make it to a local coffee shop and back. Yet we ignore the other part of that battle: efficiency. It’s a little hard to parse out how to judge an EV’s efficiency, and while the Environmental Protection Agency — which assesses vehicle fuel economy in the U.S. — has the mpge metric, it can be quite confusing to understand how that works exactly.

Never fear, we'll guide you through the significance of mpge. You know what? Maybe we can pitch a more comprehensible solution, too.

What Exactly Is MPGe?

In short, the EPA created a metric written as MPGe (Miles Per Gallon Equivalent, which we write as "mpge" per the AP Stylebook) to measure the efficiency of a car that runs on something other than gasoline or diesel. But, it is a metric that measures said efficiency in comparison to a purely fuel-powered vehicle.

“MPGe conveys the energy consumption of a non-gasoline vehicle in terms of how many miles the vehicle can go using a quantity of fuel with the same energy content as a gallon of gasoline,” an EPA representative told me via email.

It is said that one gallon of gasoline has the energy equivalent of 33.7 kWh of electricity. So, if an EV uses 33.7 kWh to drive 100 miles, its mpg equivalent would be 100 mpg. This can be extrapolated out to other fuels, albeit with a bit of complicated math (sorry, I was an art major for a reason). Basically, you’d need to find out how much fuel is needed to equivocate the potential energy of a gallon of gas, then divide that by how far you can travel on a said metric — thus, you have mpge. This mathematical proportion is useful for not only electric cars, but also PHEVs, compressed natural gas vehicles (CNG), and hydrogen. In other words, anything that doesn’t use gasoline or diesel.

So What's Wrong With That?

By now you can probably already realize why mpge isn’t as helpful as a straight-mpg number is.

Miles-per-gallon is an easy metric to understand for most American drivers. It’s a simple metric, that says, per one gallon of fuel, your car should be able to travel this amount of distance. It makes calculating vehicle range easy; for example, if your car achieves 33 mpg in mixed city and highway driving, multiply that over the vehicle’s fuel tank (say, 9.6 gallons), which means you should have a cruising range of about 317 miles.

But mpge doesn’t always scale that way, especially for electric vehicles. Take, for example, the Ford Mustang Mach-E. In long-range, RWD spec, the EPA says the car will use 33 kWh to travel 100 miles or 100 mpge. When extrapolated out to the vehicle’s 88 kWh battery, the Mach-E should be rated for 260 miles or so. Yet, the car claims 305 miles of range? If you use the same formula, you’ll get similar results with varying deltas between this mpge calculated range, versus what the actual EPA-rated range is.

What Gives? Is the Manufacturer Lying to Me?

No, a car company would never lie to you about something like emissions or fuel economy! Yes, that was sarcasm.

The numbers are off because mpge also includes charging losses. It includes the total amount of power the car consumed, including charging losses from the AC/DC converter, onboard charger, and more. Charging losses also include vehicle functions, like keeping the battery at the correct temperature or powering all the complicated computers that make the car function. In short, it sometimes takes a bit more energy to get the same amount of energy, for your battery pack. That means the Mach-E might have taken closer to 100 kWh to put 88 kWh worth of energy in its battery pack. It's akin to calculating a gas car’s fuel consumption while including the fact that you spilled two gallons of gas while refueling.

If you’d like to dig into that even more, you’ll find a handful of scientific papers cited as sources from the EPA’s site linked above.

Actual energy consumption and efficiency when on the move is different than the mpge calculated, including the wasted energy from charging.

Why Does This Matter?

Batteries do not have zero cost to the environment. If a cheap car with a small battery can go the same distance as a luxo-barge with a huge battery, that could pay big dividends for both the environment and your pocketbook. If one design is better at minimizing charging losses compared to the other, that means we’re conserving energy, which is good for all of us in the long run. Smaller power bill, less waste.

Personally, I propose we ignore mpge altogether. It’s too hard to make sense of mpge in context. It offers sky-high numbers that look impressive on paper, but mean little to the consumer; who cares if your car gets 100 miles per gallon if you don’t use gas? We don’t measure electricity in gallons, and the relationship to the potential energy of a gallon of gas has little utility to an average driver. Instead, I propose that we emphasize miles per kilowatt-hour in addition to stressing the car’s overall range.

Miles per kWh is simple; it’s easy to parse out on the move, and it scales without needing a huge pen and paper and remembering how much energy a gallon of gas is worth. For example, you know your car is averaging say, 3.3 miles per kilowatt-hour; and there’s about 25 kWh of energy left in the battery pack. Simple math, (3.3 multiplied by 25), shows that you have about 82.5 miles left of range if you keep maintaining that average. See how much easier that is than whatever the heck mpge is supposed to be?

Electric cars can be confusing and intimidating if you’re used to gas, but I promise, they don’t have to be. I hope this helps you be a little more informed when shopping for an EV.

Correction: Monday, April 18, 2022, 10:55 a.m. ET: A previous version of this story incorrectly equated "kilowatt" and "kilowatt-hour." It has been corrected.