My 2012 Mitsubishi i-MiEV’s odd level 2 charging behavior can sometimes cause it to straight-up not charge when plugged in. 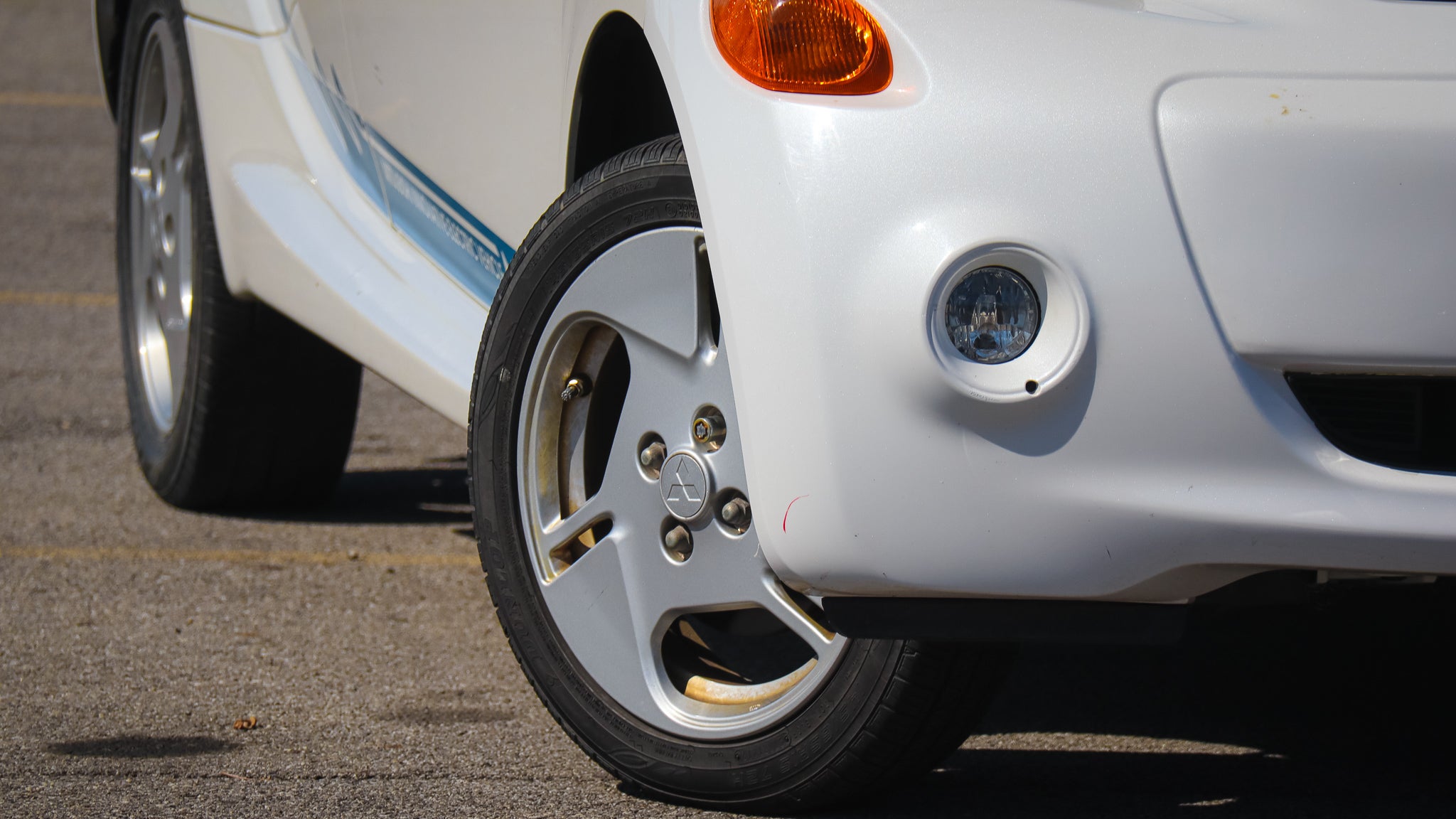 About a week ago, I wrote an even-keeled piece about how I like my i-MiEV for what it can do, and I stand by that. I half-bought this cheap electric car because I’m a young automotive journalist and I need to experience things. I didn’t buy it for the driving dynamics, however, I bought it to better understand the car’s practical implications, particularly the battery range and charging experience.

Recently, I’ve learned that the i-MiEV can’t correctly publicly charge under certain conditions, it’s been a somewhat common complaint in i-MiEV forums. This tends to manifest itself with ChargePoint chargers, and I recently confirmed these claims through my own trials.

Public charging usually gives me enough juice to replenish the energy I use to travel to my coffee shop and then some. This method typically works for my schedule but there are very specific conditions in which the i-MiEV may charge incredibly slowly, or simply not charge at all. I learned this the hard way when I walked out to the car after a three-hour session at the coffee shop. The i-MiEV stopped charging about 30 minutes after I plugged it in and I was left with 12 miles of range to complete the 11.5-mile journey to my house. I made it, but just barely, with a completely blank battery gauge and the car in limited power turtle mode.

At first, I thought it was a fluke with the individual charger. Problems arise, power outages occur, and the i-MiEV doesn’t have a charge port lock (meaning anyone can just unplug the cord), so anything could have happened. It seemed a coincidental inconvenience, not endemic to a real problem until I realized that this wasn’t the first time this had happened. I opened the Chargepoint app and looked at my charging history.

The I-MiEV would sharply reach its maximum 3-kilowatt-per-hour (kWh) charging rate, but then it would randomly and abruptly stop. The stop could last for a couple of seconds or as long as 30 minutes. Then the car would slowly ramp up back to its max charging speed or refuse to start charging again. There was a bigger issue at hand.

Why Was It Doing This?

Unlike most electric vehicles, the i-MiEV has no battery buffer. With many electric vehicles, the manufacturer limits usable battery capacity, despite advertising a larger battery size and capacity. Typically, limiting the capacity is done to protect the battery chemistry because full discharge and recharge cycles are hard on the electrolyte in the cells. For example, the first-generation Chevy Volt only used 10.6 kWh of its 16-kWh battery, and Ford changed the way the Mustang Mach-E is marketed to reflect usable battery capacity, rather than total battery capacity. The i-MiEV, for whatever reason, uses all of its 16-kWh capacity.

When the car falls below three bars of charge and is connected to alternating current (AC) power, the only option in my non-CHAdeMO equipped i-MiEV SE, the vehicle will do what is called “battery smoothing.” During this battery smoothing process, the i-MiEV will intermittently charge at a very low rate of a few watts at a time. This might happen for five minutes or 30.

ChargePoint public chargers don’t like this, especially the shared stations where voltage is split between two vehicles. When the car’s charging voltage drops too low for too long, the station times out and cuts power to the vehicle entirely because it assumes the vehicle has finished charging. Some of the smarter ChargePoint brand chargers will recognize this is an i-MiEV and will resume charging when the vehicle requests it again after its 20-30-minute rest period, but not all of them do this. Other times, the station just flat-out won’t initialize charging with the I-MiEV or it’ll stop charging not long after I’ve walked away after I thought I confirmed the vehicle had started charging.

I sent emails to Mitsubishi and ChargePoint, but neither replied. Based on forum chatter, i-MiEV owners have been complaining of this issue since the car’s launch, with a culprit crystalizing sometime in 2018.

According to a few users in the thread, ChargePoint's logs show that shared stations will split the power back to the other charging vehicle when it learns one vehicle has stopped charging. When the i-MiEV enters its slow charge rest state for whatever reason, Chargepoint chargers won’t reallocate voltage back to the i-MiEV. Instead, it’ll sit on the charger, plugged in, and not charging.

That’s Not Acceptable, Is It?

I’m OK with the i-MiEV’s lack of range because I view the car as an in-town errand-runner. However, because its range is limited, I am reliant on public charging options when I do find myself driving to the edge of its limits. Given the car’s real-world range is about 50 miles, a 30-minute trip to the post office and then downtown from the suburbs is within the edge case of running too low on charge and hitting the charging conundrum by most ChargePoint chargers. Most of the ChargePoint chargers in downtown Columbus and at the upscale mall near me are shared units, but I’ve also run into charging issues with standalone ChargePoint stations, too. Other brands like Greenspot or Blink seem to fare better, but I can’t help wondering if they’re a software update away from ruining my i-MiEVs ability to be an egg-shaped errand machine. Some have claimed that a few ChargePoint stations have had firmware upgrades, but not every charging station is compatible, and many of the older stations do not have over-the-air updates. Bummer.

In a way, it’s kind of a blessing that the i-MiEV can’t drive very far, and I’d hate for a similar issue to crop up with a long-range EV. It would be a terror to be stranded far from home because the vehicle won’t initialize.

For now, I’ve made the i-MiEV work. I tend to avoid Chargepoint chargers when the I-MiEV is below four bars of range. Sometimes, I can trick the charger into getting me above the battery smoothing hump by unplugging and then replugging when the vehicle starts its slow period of its charging cycle. I’m not sure if that has any long-term effects on the battery, and it’s not a particularly elegant solution, but there’s not much I can do.

That’s Kind of the Problem With EVs, Isn’t It?

Battery and charging technology has come a long way, but at its core, charging an electric car is a far more complicated dance than pouring some caustic fossil juice into a tank. It’s a dance between computers and high-voltage electricity. It takes smart people on unrelated teams coding a common language to make these systems talk to each other and work reliably among wildly different models from different companies. This isn’t even the first time I’ve run into charging issues either. I complained a while back that the Mustang Mach-E had charging issues above 80%.

Still, I remain optimistic that the I-MiEV is just a weird fluke of a car that no one wanted or bought. Who cares if a handful of weird cars can’t charge? If I didn’t save mine, it probably would have ended up in a scrapyard. Despite all that, the I-MiEV is a solid urban runabout, so long as I charge at home and use another brand of charger. I hope we make sure modern charging infrastructure remains functional for drivers of all cars.