Home
News
Need an SRT Ram 8.3L V10? This Shop Has Five for Sale
Scroll Down To Discover
News

The Viper-derived engine is a real gem, but you don’t see many up for grabs. 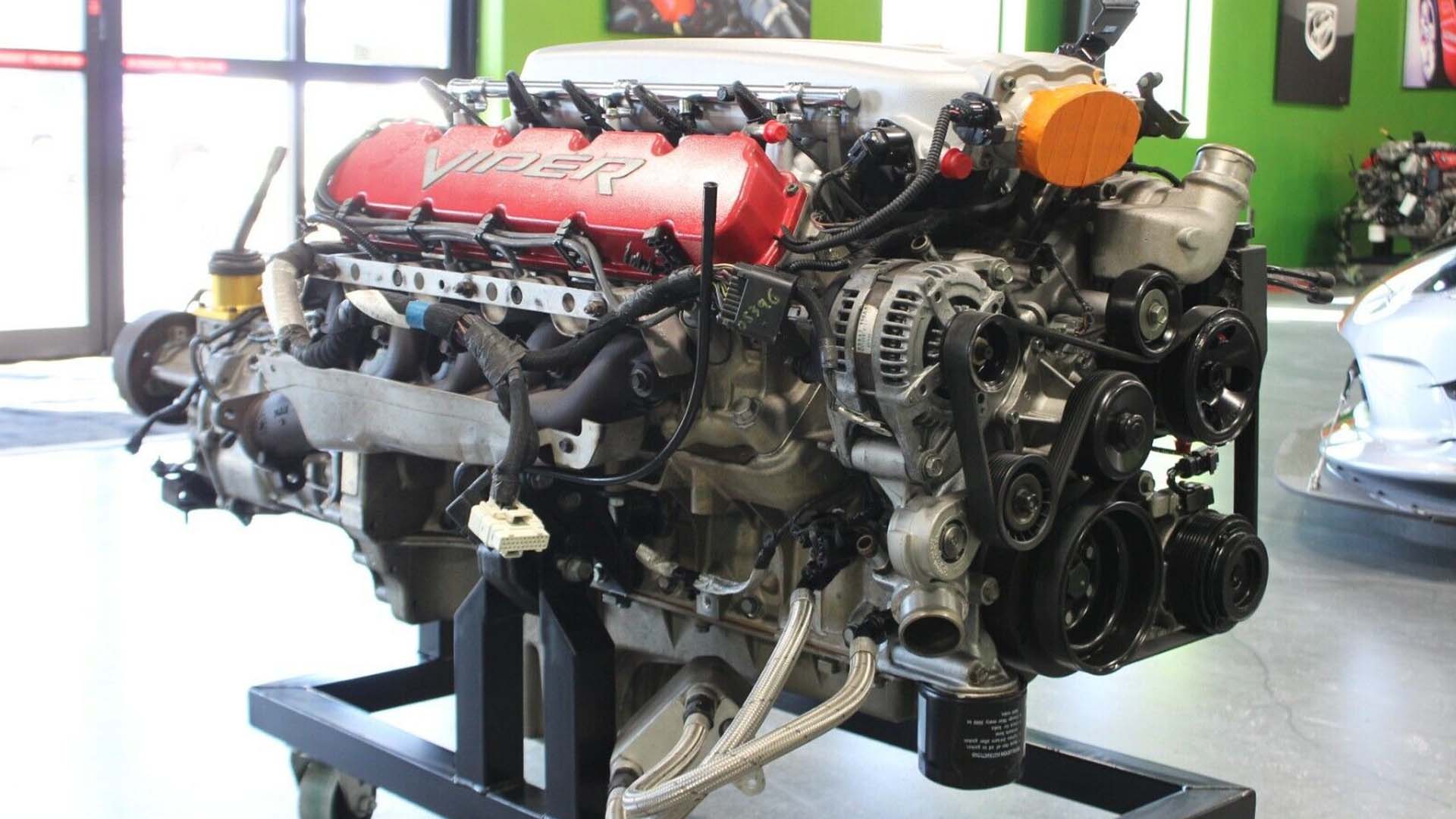 The Ram SRT-10 was a super truck before the category we know today even existed. There had been performance pickups before, but nothing with a gosh darn 8.3-liter V10 from a Dodge Viper. Maybe you'd like to swap one of those lumps into your project car, in which case, I've got good news: this dealer in Illinois has five of them for sale.

The cheapest example, which costs $10,500, is paired to a four-speed automatic and has 112,091 miles on it. On the other end of the spectrum, there's a 56,764-mile engine that's mated to a Tremec T56 manual for $13,500. They're all package deals that come complete with an ECU and wiring harness, so you don't have to worry about sourcing those elsewhere.

X2 Builders out of Pontoon Beach says it performs a scope job and running test on each one to ensure everything is in order. As the shop told me over the phone, they've specialized in these engines for a while. You can find past coverage of their SRT Ram V10s for sale across the web.

Dodge advertised these as making 500 horsepower at 5,600 rpm and 525 pound-feet of torque at 4,200 rpm. That's still respectable in 2022, and if you're after even more power, there are a ton of mods you could easily make to one of these engines before plopping it in whatever car or truck you've got. The Ram SRT-10's power plant is identical to what you'd find in the third-gen Viper, complete with a cast aluminum block and heads. They aren't the lumbering V10s found in older three-quarter-ton and one-ton Rams.

If I were in the market, it'd be hard to pass on one of the lower-mileage units with the Tremec six-speed. You could only get that powertrain combo in a single cab SRT-10, whereas the later crew cabs were exclusively available with the 48RE. It almost wouldn't matter to me what vehicle I had to put it in, but if I've got to choose, I guess an old Dodge Sweptline would do just fine.