Feast Your Eyes on This Breathtaking 6×6 Suzuki Jimny 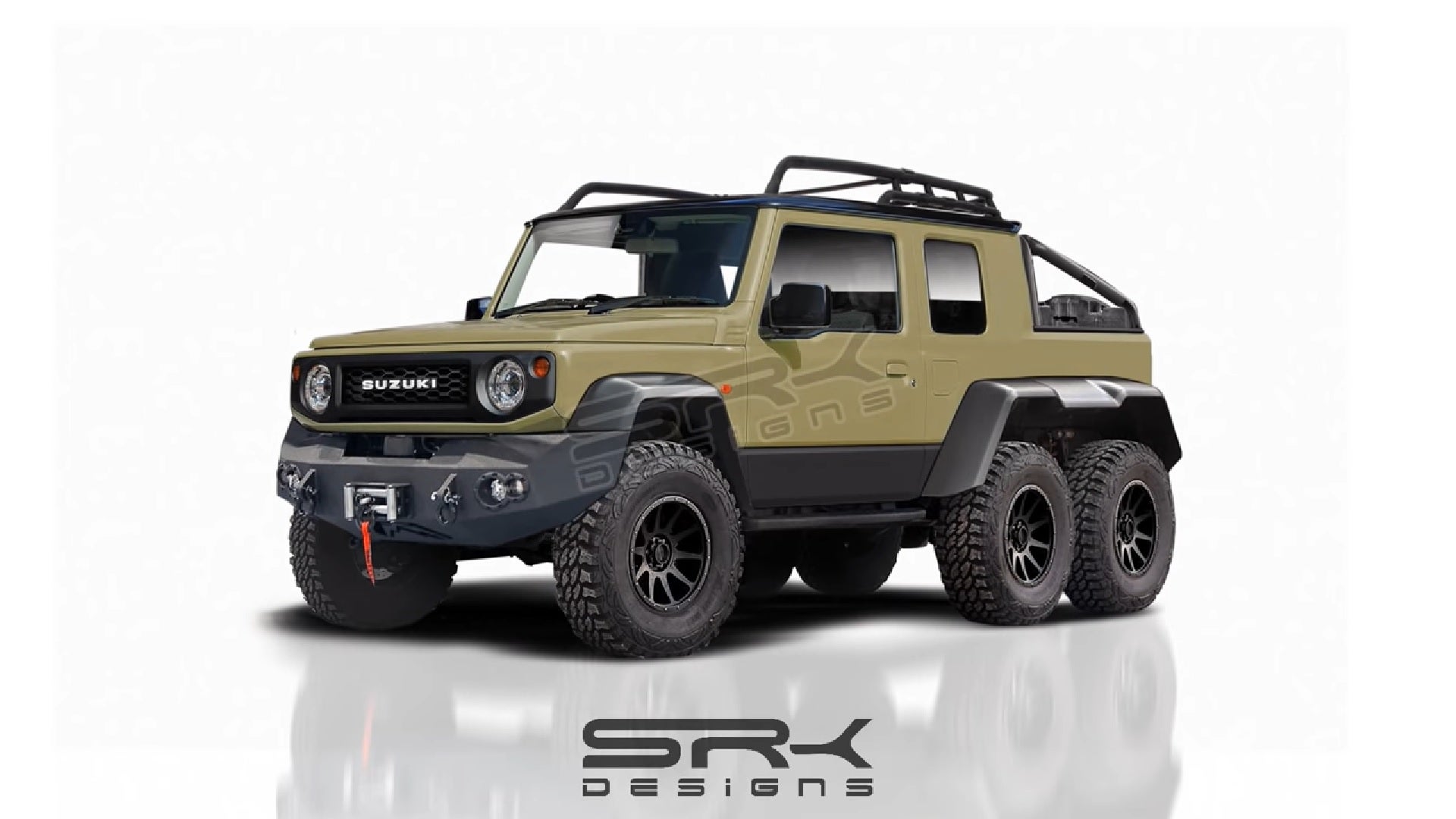 Excessive badassery isn't usually what one associates with Suzuki's humble mini off-roader but a recent rendering has transformed the Jimny into something that would look right at home on a makeshift Hollywood military base.

Cooked up by SRK Designs, this Jimny 6x6 clearly takes inspiration from the Mercedes-AMG G63 6x6. It gets six, much beefier wheels, enlarged fenders to match, plus a bed, a sprinkling of off-road trimmings, and a desert-colored camo paint job. And we gotta say, it looks rad. Since this is merely a rendering, Suzuki doesn't actually build a six-wheeled Jimny—nor one that's sold in America—but based on SRK's mockup, we think it totally should.

Whoever said comically macho off-roaders should only be available to the super wealthy? Come on, Suzuki. It'll be to the G63 6x6 what the Subaru BRZ is to a Porsche 911 GT3.

I mean, this isn't even the first time people have slapped six wheels and a Mercedes-esque look onto the Suzuki Jimny. Last year, a group of Japanese students actually built, not just rendered, a 6x6 G-Wagen clone kit car out of a second-gen JA11 Jimny and it only cost them $8,900.

Weighing just 2,502 pounds, the four-wheeled Suzuki Jimny is powered by either a 658cc turbo three-cylinder or a 1.5-liter four-pot. It sports kei car dimensions, being taller than it is wide and rocking a miniscule wheelbase of just 89 inches.

Again, it sadly won't be sold in the U.S., but in the U.K. it'll cost the equivalent of around $16,000. Spend another nine grand hiring some students to slap another axle and other enhancements onto it and you're only looking at a purchase price of about $25,000, which is approximately what you'd pay for that aforementioned BRZ. A steal if there ever was one.