Someone Please Save This 781-Mile 2013 Chevy Corvette From CarMax

With just 781 miles on the odometer, you are obligated to save it from the wrong hands. 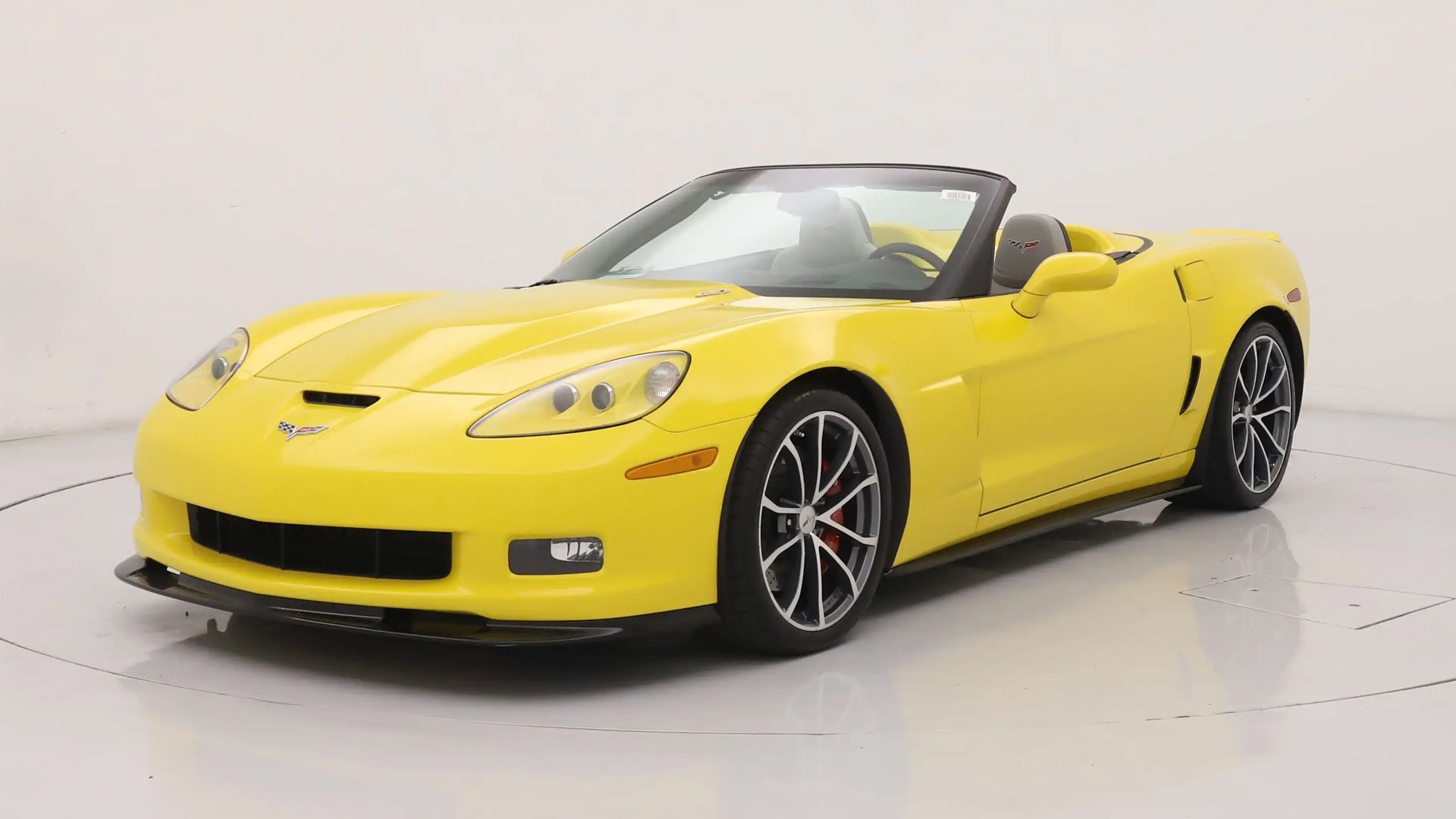 © Someone Please Save This 781-Mile 2013 Chevy Corvette From CarMax
Share This
Article:
Font size:
Write a Comment Report
Print

I'm a sucker for a good barn find. Stories of someone uncovering a low-mileage example of a driver's car brings up a bubble of jealousy every time I come across one. But sometimes, good finds completely bypass the storytelling phase and immediately end up for sale—I wonder if that's the case with this 2013 Chevrolet Corvette 427 Convertible.

You see, there's a beautiful yellow C6 'Vette sitting on a CarMax lot in Tulsa, Oklahoma, right now. This decade-old luxury sports car is one that you'd normally expect to be driven to Florida and back a few times by now, with some New Balance scuffs on the kick panels and maybe a set of spare blue jeans stuffed into the center console just in case the cut-off denim shorts got too cold. But instead of being used and abused, this perfect example has just 781 miles on the odometer.

It's also one of the best convertible Corvettes that Chevrolet ever unleashed on the world, at least when it was launched. Back in 2012, GM called this car "the fastest, most capable convertible in Corvette’s history", and touted that this particular variant—the 60th-anniversary edition 427 Convertible—blended the best elements of the Z06 and ZR1 together to create a masterpiece for any would-be owner, that includes a 505-horsepower 7.0-liter LS7 V8, carbon fiber elements, and magnetorheological suspension.

Only about 1,000 units of the anniversary edition C6 427 were built. And in typical Corvette fashion, I'm sure that whoever buys this will be happy to know that just 97 were painted in Velocity Yellow.

Perhaps my favorite thing about this Corvette is that the original owner opted for a 6-speed manual gearbox. Corvette owners have a notorious history of preferring automatic transmissions. In fact, since the introduction of the automatic in the Z06, the manual take rate dropped to just 15% of all sales.

The sticker on the 60th Anniversary Convertible was $76,900 back when it was new. Today, this time capsule of a ride will run $69,998, which isn't much depreciation all things considered but is still more than the sticker price on a brand-new C8 Corvette. Is this C6 a good enough value for you to save? If you're a die-hard 'Vette fan, maybe. It's the best color, in a great spec, and has a proper transmission—those all seem like great selling points to me. You can see this Corvette on CarMax's website.

And, hey, if you do plan on actually driving it (as unlikely as that sounds), CarMax does offer its MaxCare service plans on the car. That's the closest you're going to get to a factory-new experience with a C6 anytime soon.