COVID-19 costs Elon Musk a major home run, but Q1 was still a very positive one for Tesla. 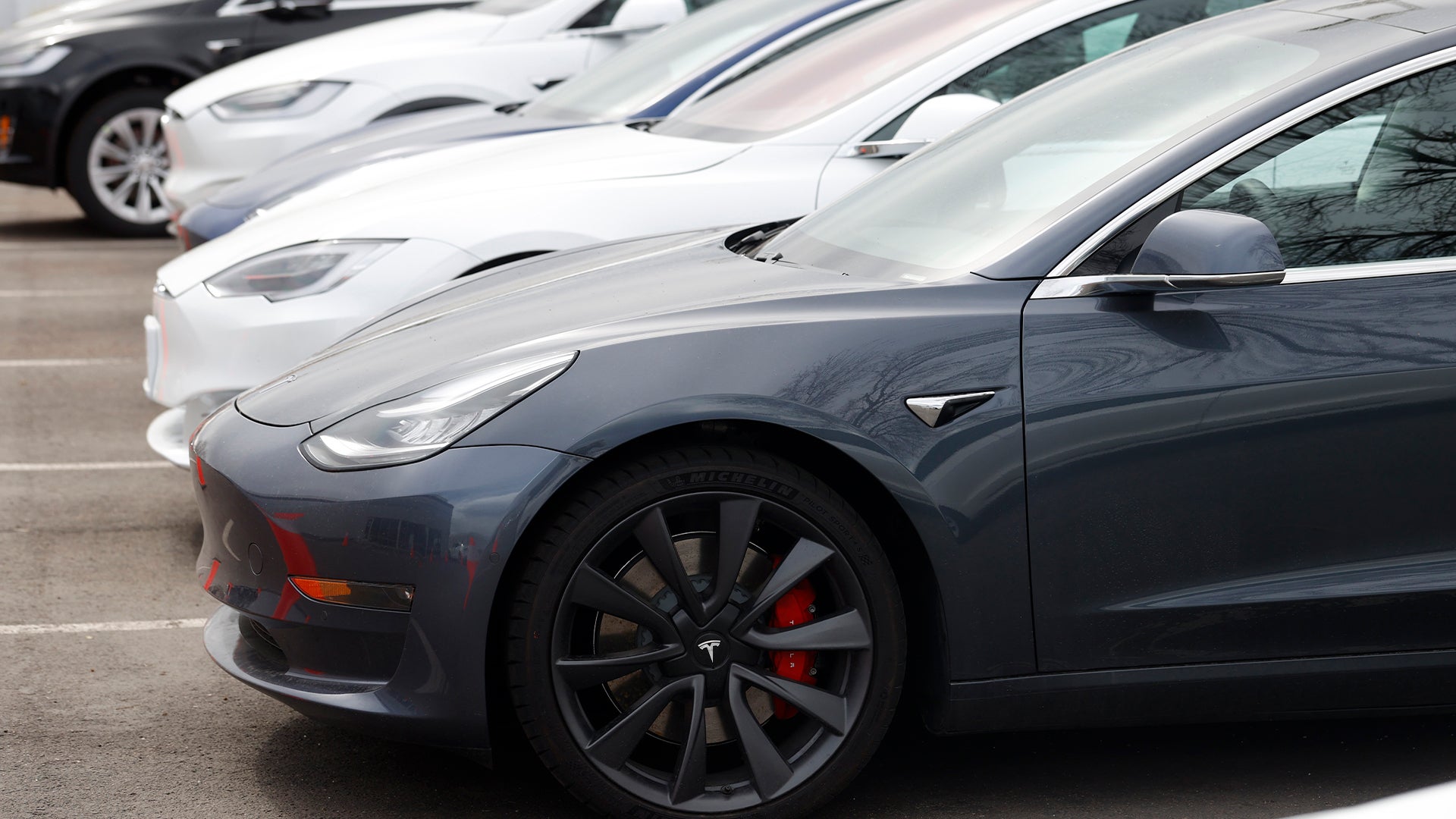 Though the auto industry—and the entire world, for that matter—is in the midst of an unprecedentedly steep downturn, Tesla managed to eke out a profit in the first quarter of 2020, the carmaker said in today's earnings report. But as can be expected, it's not all sunshine and roses for Elon Musk's electric car company.

Tesla posted a $16 million profit for the quarter and has the manufacturing capacity to hit 500,000 vehicle deliveries this year, according to the report. This first quarter was Tesla's best one yet for both production and new car deliveries, with the latter reaching nearly 88,500 new cars. And it produced almost 103,000 new cars, a fairly slight decline from Q4 of 2019 (and, if we're being honest, understandable and not bad at all considering the recent coronavirus-related factory shutdowns.)

This quarter is also the first one the new Model Y crossover, Tesla's most important car to date, went on sale. Model Y deliveries were lumped in with its platform-mate, the Model 3, and together they totaled 76,266 new cars sold.

But Tesla is about to face the same challenges as every other automaker right now: supply chain disruptions, production halts, delivery struggles, and issues around getting its factories fully up to speed.

"It is difficult to predict how quickly vehicle manufacturing and its global supply chain will return to prior levels," the report said regarding future forecasts. "Due to the wide range of potential outcomes, near-term guidance of net income and free cash flow would likely be inaccurate."

Tesla ended 2019 on a very high note. The automaker had received an undeniably positive response for its recently announced Cybertruck, was on the eve of releasing its most important vehicle to-date, the Model Y, and had even generated $1.1 billion of free cash flow to close out the year.

The positivity continued into the first quarter of 2020 as Tesla churned out its one-millionth car. With the help of the newly completed Gigafactory Shanghai, Tesla continued to build and sell its vehicles in record numbers across the globe, even during a time when automotive sales historically experience a slump.

In March, Tesla finally began delivering the Model Y, Tesla's first affordable(ish) entry into the hottest vehicle segment of the 21st century: small crossovers. In fact, Tesla reports that the Model Y has already contributed towards profits, making it the first vehicle to become profitable during its first quarter. This speaks volumes, especially considering that Model Y deliveries began in mid-March. It's likely these deliveries will continue to contribute to Tesla's financial well-being through the foreseeable future.

Tesla produced 102,672 vehicles in total during the first quarter of 2020, the majority of which were the Model 3 and brand new Model Y. In total, these two mid-range models account for roughly 85 percent of all vehicles produced, the other 15,390 were the more premium Model S and X. The automaker notes that its revenue was impacted by "limitations on [the] ability to deliver vehicles towards the end of the quarter", which explains the asymmetrical number of vehicles produced and delivered.

Tesla says that its cash and cash equivalents increased by $1.8 billion during the first quarter, growing its stockpile to $8.1 billion. It's important to note that this number is offset by a recent capital raise of $2.3 billion and Tesla's highest-ever regulatory credit selloff of $354 million, meaning a negative cash flow of $895 million.

Even when you seemingly do everything right and all the puzzle pieces are falling into place without a hitch, sometimes life throws you a curveball. For Elon Musk and the rest of the world, that was the COVID-19 pandemic.

"By all accounts, 2020 was supposed to be Tesla’s year," said Jessica Caldwell, Edmunds' Executive Director of Insights. "Its Shanghai factory was up and running, Model Y production and deliveries were ahead of schedule, and the company was making money while expanding its product lineup and operations."

In late January, Tesla was required to close its Shanghai factory for several weeks in order to slow the spread of COVID-19. Similarly, Tesla was ordered to temporarily cease production at its domestic Fremont facility in mid-March after losing the battle to be classified as an essential business.

While these numbers may not be deeply rooted in Tesla's Q1 results, they will likely present themselves in Tesla's second-quarter earnings and beyond, slowly eating away at profits that would otherwise be had by the initial demand of the Model Y and continued support from the Model 3.

This situation has apparently driven Musk into a frenzy, prompting the CEO to go on a Twitter tear:

Caldwell continued: "COVID-19 essentially robbed what would’ve been a home run for Elon Musk, so it’s unsurprising that he’s been leaning into the ‘Free America’ rhetoric on Twitter." It's with noting that much of the information about COVID-19 that Musk has tweeted in recent weeks has been inaccurate or, charitably, on the fringe, likely out of eagerness to get his factories back to full steam ahead.

COVID-19 pushed an already slumping industry further towards the brink—new car sales have been declining for years. But somehow, Tesla has pushed through with surprisingly fair numbers given the situation, meaning that the California automaker's future might not be as bleak as some may think.

While legacy automakers are struggling to find ways to push new car sales, Tesla seems to be quickly adapting to change.

Towards the end of the March, Tesla introduced two contactless vehicle delivery options (coined "Express Delivery" and "Direct Drop"), both of which allow Tesla to deliver a vehicle without the need to physically interact with a customer. While only enacted a week before the quarter closed, this undoubtedly assisted Tesla in delivering vehicles to consumers while many traditional auto dealerships around the U.S. were closed due to state-mandated coronavirus precautions.

It's hard to imagine calling Tesla a startup—after 12 years of producing its own cars, one would expect Tesla to be reclassified as an established automaker that fell in line with the status quo. But Tesla's refusal to conform and willingness to embrace big tech's mantra to move fast and break means it can't rest on its laurels, even amid a global health crisis.