The 2021 VW Arteon Is So Much Cooler in Europe

Shooting brakes and a high-performance R trim—Europe’s holding out on us. 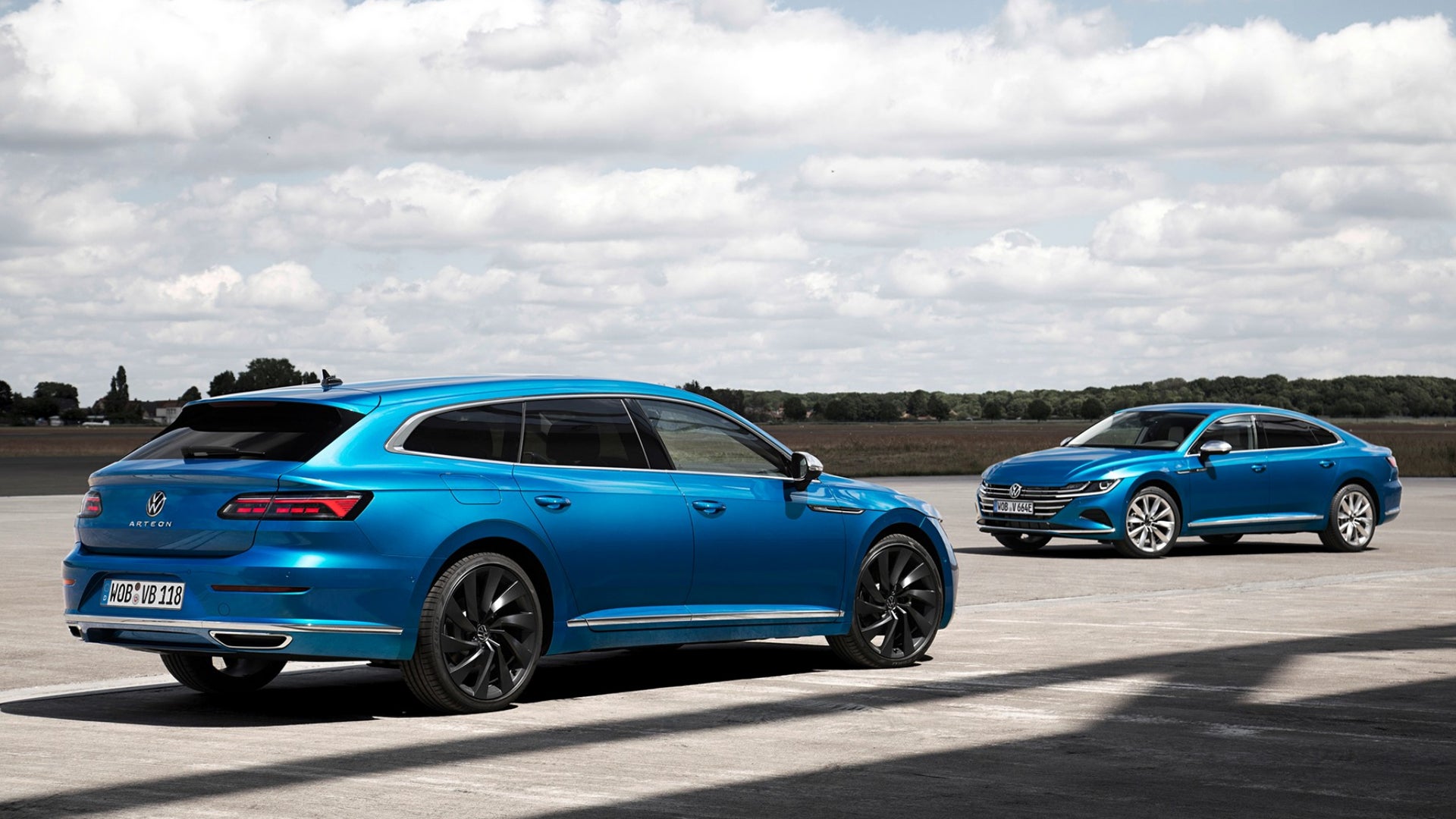 © The 2021 VW Arteon Is So Much Cooler in Europe
Share This
Article:
Font size:
Write a Comment Report
Print

Here in the United States, wagons just don't seem to be the right thing for us anymore. Actually, the vast majority of interesting, inexpensive cars made by European automakers don't really seem to be our thing, to be honest. To cement this point, Volkswagen has just released an updated Arteon and robbed us of all the cool stuff. All we get is the facelifted sedan.

So what are the Europeans getting? Well, a lot. First of all, they get the wagon that we speculated about last week. Thanks to the larger greenhouse added on at the back, there's a lot more storage space. That isn't reflected in the official cargo area numbers, however, as those are measured from the beltline down. Be that as it may, you can see how much more space our friends across the pond will be allotted if they go for the larger body style.

In addition to the shooting-brake, non-U.S. markets will also receive a few new drivetrain and trim options. These include a high-performance trim known as the Arteon R. It has a 315 horsepower version of Volkswagen's 2.0-liter, four-cylinder engine. This version also receives some aggressive-looking exterior trim and in all-likelihood the German brand's 4Motion AWD system.

The new drivetrains don't stop there, however. There's also a plug-in hybrid version for more environmentally or wallet-conscious consumers. Volkswagen claims the hybrid will have 215 horsepower thanks to an electric motor and combustion engine combination that it did not specify.

As previously mentioned, U.S. customers will only receive the facelift looks, meaning everything else that's already standard on the Arteon stays that way. This means a 268-horsepower, four-cylinder engine sending power to the front, or all four wheels via an eight-speed automatic transmission.

So there's no real upside for us Americans. I could tell you to wait 25 years for the wagon version of this car, but that's not really saying anything. You'll just have to look elsewhere if you want to find a nice-looking, German wagon. At least they don't get that new Corvette, huh? Oh... wait.