Home
News
The Ferrari Vision Gran Turismo Is a 1,000-HP Hybrid Race Car for the Digital World
Scroll Down To Discover
News

This is Ferrari’s first attempt at a Vision Gran Turismo and its design is inspired by iconic race cars of the ’60s and ’70s. 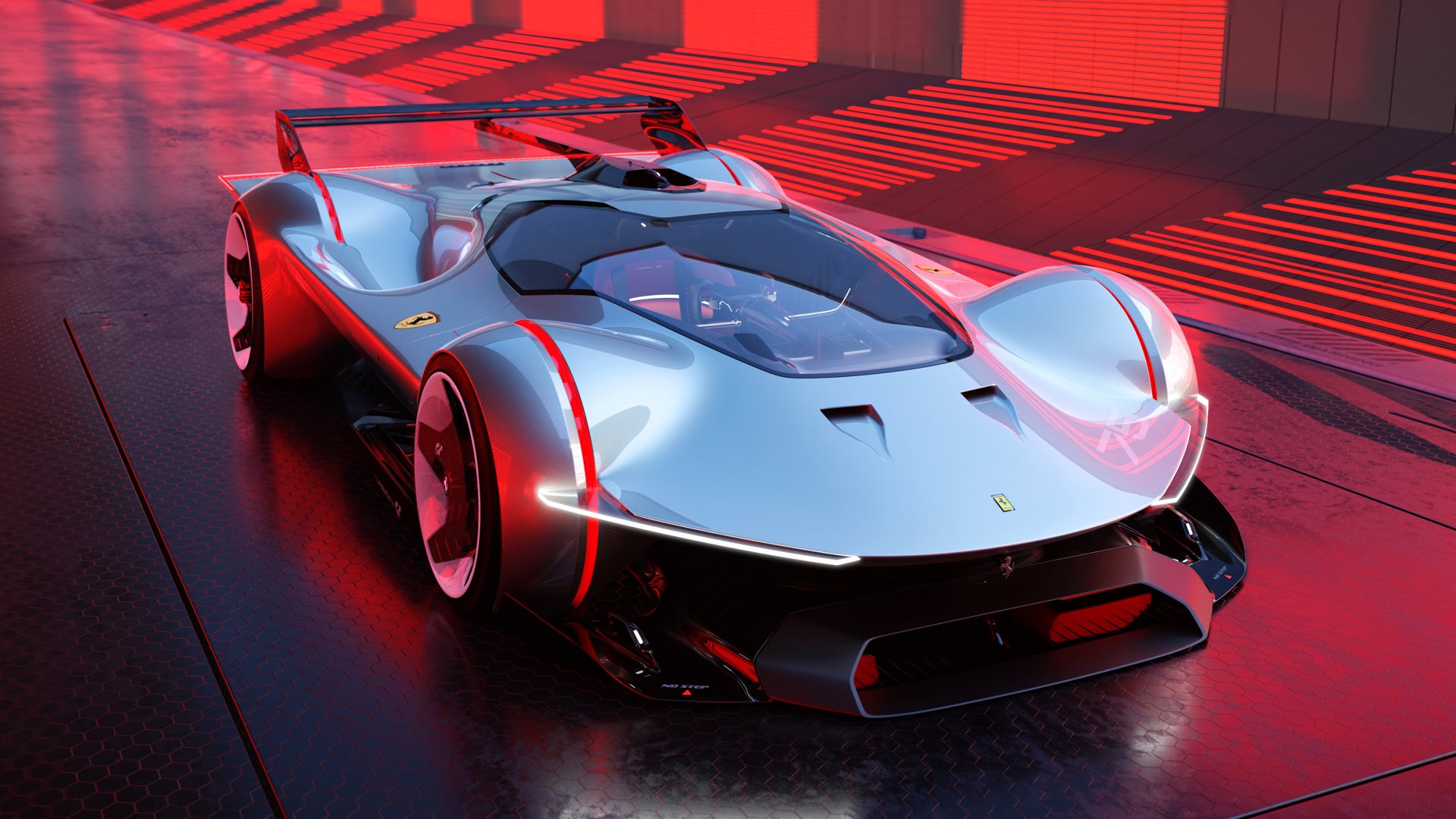 Ferrari enters the digital world with its first ever Vision Gran Turismo. Revealed at the Gran Turismo World Finals in Monte Carlo, this all-digital Ferrari is a hybrid, single-seat race car with styling that's inspired by both the brand's classic and current race cars.

Several brands have made Vision Gran Turismo cars, which are entirely digital, fictional sports cars and race cars for the famous video game series. This is Ferrari's first attempt at such a car and it decided to bring some of its classic design language to Gran Turismo 7.

The Ferrari Vision Gran Turismo was designed under the watchful eye of Flavio Manzoni and most of its styling pays homage to prototype Ferrari race cars of the '60s and '70s, such as the Ferrari 330 P3 and 512 S. However, it also borrows elements from the new Ferrari 499P racer, such as the rear diffuser and rear wing. Its "75" badges are to celebrate the 75th anniversary of Ferrari's first race car, the 1947 125 S.

Powering the Ferrari Vision Gran Turismo is a the same hybrid-assisted 3.0-liter twin-turbocharged V6 engine as the 499P and 296 GTB road car. Due to it being a fictional car, and not having to abide by any regulations, the digital Ferrari makes 1,015 horsepower from just the internal combustion engine, with an additional 322 horsepower from its three electric motors. One of the motors helps the engine power the rear wheels, while the other two power the front wheels. Ferrari claims it can hit 60 mph in under two seconds.

Got tips? Send 'em over to [email protected]