If minivans can be this cool, then why isn’t everything else? 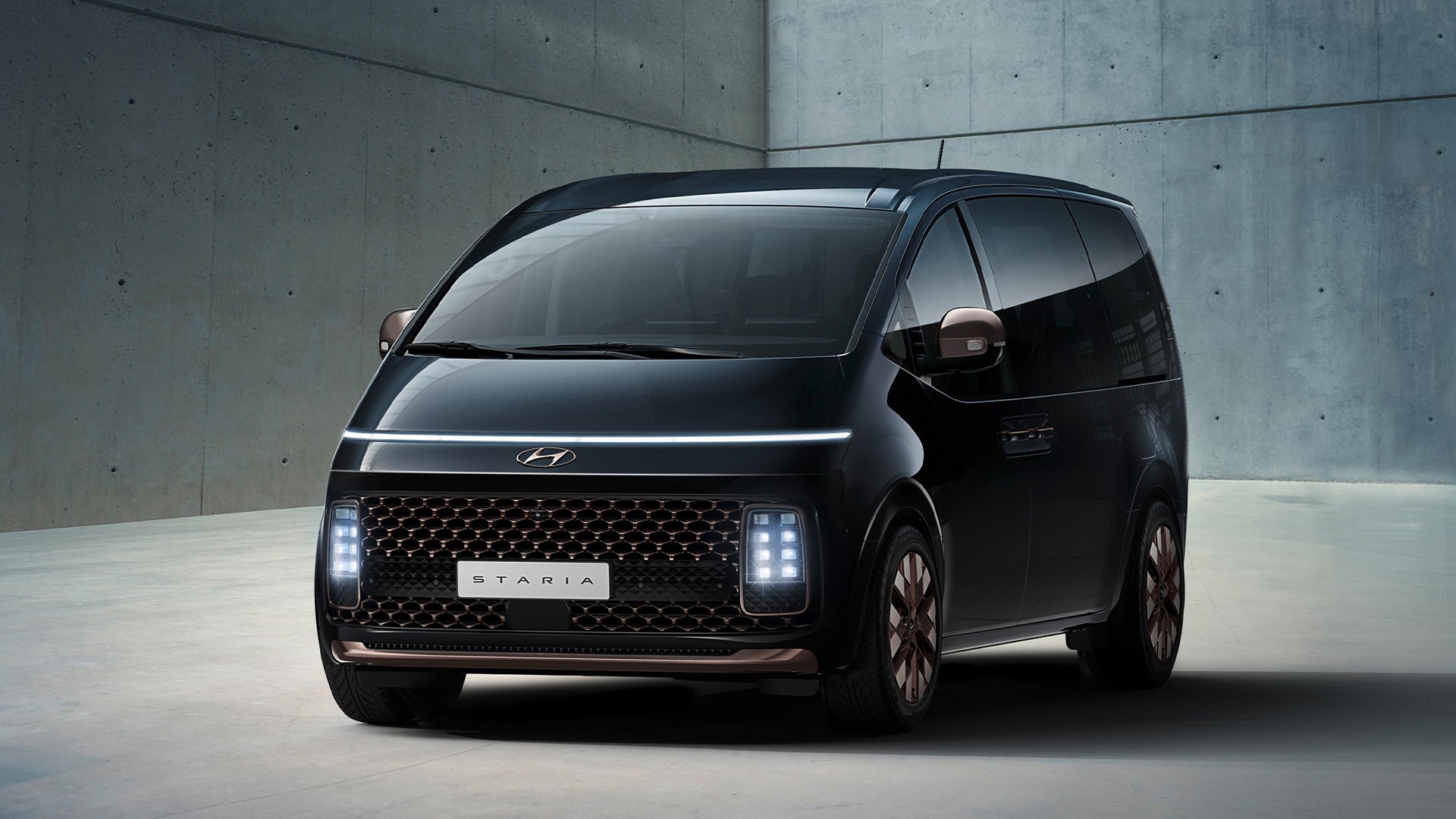 © The Futuristic Hyundai Staria Minivan Is What a People Hauler Should Be in 2021
Share This
Article:
Font size:
Write a Comment Report
Print

I know what you're thinking: minivans are so two decades ago. And yeah, you're right. Even Hyundai's sister brand Kia knows it, which is why it turned the upcoming Carnival into a crossover with sliding doors. But Hyundai's latest venture into the multi-purpose vehicle segment proves that minivans—when done right—can still be pretty damn cool.

Last week, we told you that Hyundai had something up its sleeve: The Staria. At the time, we didn't know much about it other than it looked unlike anything on the market today. It seems as if the folks in Seoul heard everyone's applause and decided to tease the masses with a bit more out-of-this-world imagery of its upcoming MPV. If only it were coming to the States—Hyundai, sadly, told Car and Driver that it's not meant for our market.

As we already know, the Staria looks like something extraterrestrial—and that's on purpose. The van's bubbly sculpture is "future-oriented," per Hyundai, and sculpted to resemble a spaceship. Everything flows into a contemporary, streamlined design, while its silhouette is made up of a single main curve that's meant to look like the Earth's horizon when viewed from space.

Hyundai also worked tirelessly to create a fascia that people won't easily forget. Its low-set headlights sit nestled within a modern grille and are accompanied by an illuminated brow that spans the width of the vehicle. Finally, the steeply sloped hood gives way to a large windshield that seemingly expands outwards into panoramic side windows for maximum visibility.

Hyundai says that the Staria is built for both families and businesses, and it'll be available in configurations ranging from two to 11 seats. In essence, it provides a glimpse of what Hyundai plans to offer with its future purpose-built vehicles.

So just why does the Staria look so radically different from everything else on the road? Hyundai says that's because it flip-flopped its design process, building the MPV from the inside out. The automaker realizes that vehicles are becoming much more appliance-like and decided to prioritize the design and space requirements of the consumer-facing cabin in order to appease passengers and maximize practicality.

Speaking of which, let's talk about the amenities found inside. The cockpit is driver-focused, starting with the digital instrument cluster that's aided by a large, 10.25-inch touchscreen infotainment system.

The Staria's seven-seater high-end trim will include a feature for second-row passengers that Hyundai calls "one-touch relaxation mode." At the press of a button, the second-row seats automatically recline to a posture that comfortably disperses the passenger's weight and helps to balance them. Buyers who opt for the nine-seater model are treated to swiveling second-row seats, giving passengers the opportunity to face the third row and provide a more personable environment. Other niceties like 64-color ambient lighting also help to make the MPV feel a bit more premium.

There's no word yet on what powertrain the Staria will have, but it'll be surprising if it isn't electrified in some way. Hyundai will reveal the model in its entirety sometime during the first half of 2021, and we'll still be watching out for it even if we can't buy it.