The KTM 790 Duke Unveiled at EICMA

The curtain is pulled off the KTM 790 Duke and we can barely contain our excitement for this fierce naked middleweight. 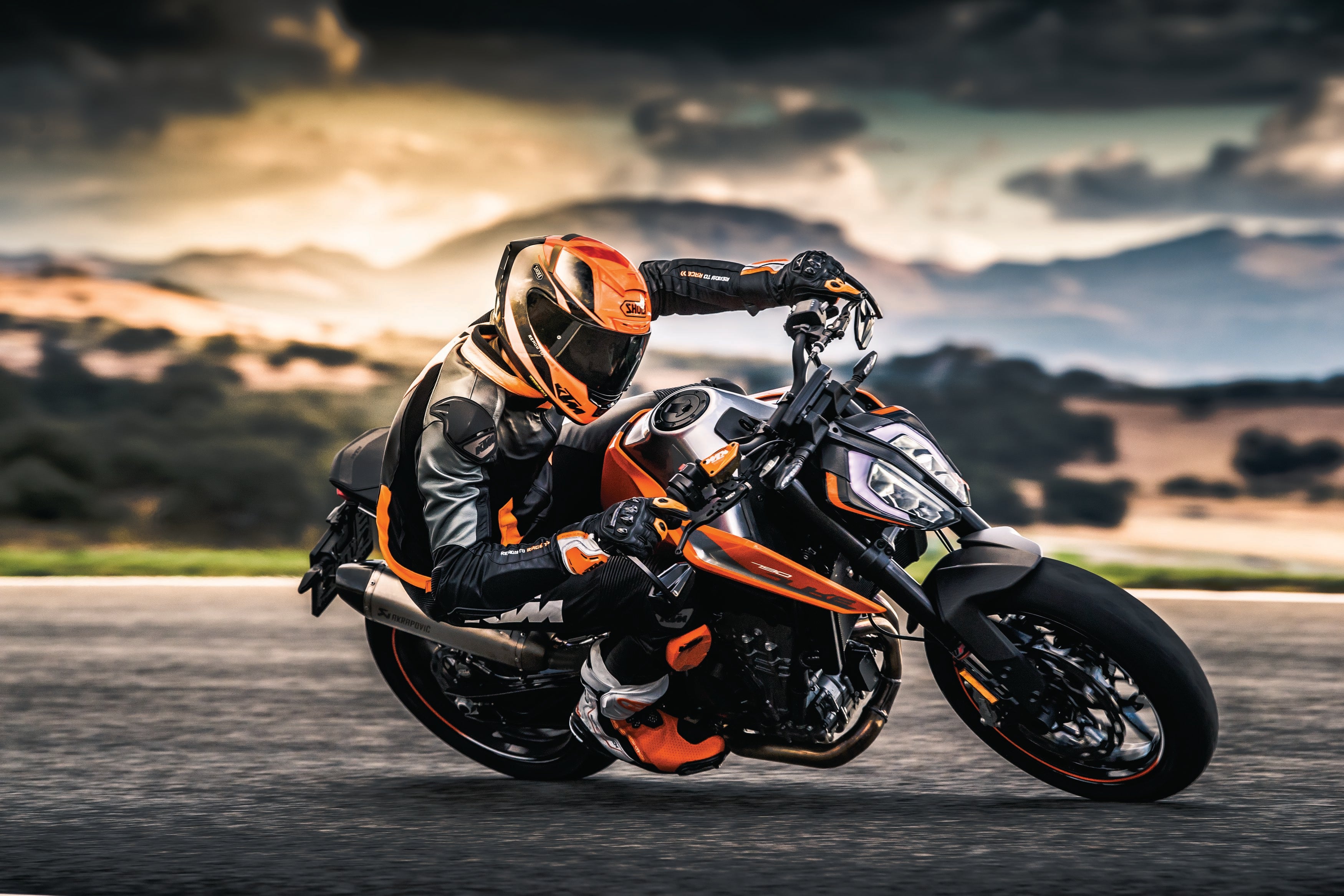 Middleweight naked bikes are svelte, sexy, fast and powerful. They blend the line between gut-punching power when you slap open the throttle and ninja-like agility.

The eagerly awaited KTM Duke 790 looks to be a devilish nightmare come true with its angular body design and futuristic front end, and newly developed engine and chassis, we can only imagine the hooliganism that could be invoked at the helm.

, Have rubber will slide. , KTM

Powered by KTM’s entirely new 799cc LC8c parallel twin, the 790 Duke will pump out 105 horsepower and generate 64 pound-feet of torque. No wet weight figures were mentioned at EICMA but I’ll bet dollars to donuts that it falls somewhere in the realm of 390-400 pounds at the time of launch. The current dry weight is 372 lbs.

A source inside KTM says that the Duke 790 will come loaded with KTM’s full electronics package including four ride modes, quickshifter +, various modes of traction control, supermoto ABS (allowing for rear wheel lockup but active ABS on the front wheel), and cornering ABS system. These are all standard. What we will not see included on the 790 Duke is the KTM My Ride system which enables a Bluetooth interface linking smartphone and headset devices to the color TFT display.

The frame is a steel trellis unit which uses the motor as a stressed member of the frame to help save weight.

The suspension front and back is by WP, with a 43-millimeter fork at the front and monoshock at the rear.

Lean, Mean, and Ready To Race!

The KTM 790 Duke adheres to the notion that those who ride the 790 desire a sharp, intuitive, and fiercely agile motorcycle with a fantastic power-to-weight ratio which is more important than a motorcycle with overall brute power and straight line acceleration.

The KTM looks to come in two different colors. KTM Orange with Black accents or Black with Orange accents. Whichever color you choose, it's more likely passers-by are going to see you burning rubber as you drift through corners so who cares what color you choose.