The Only White Ferrari Enzo Is Now Up for Sale 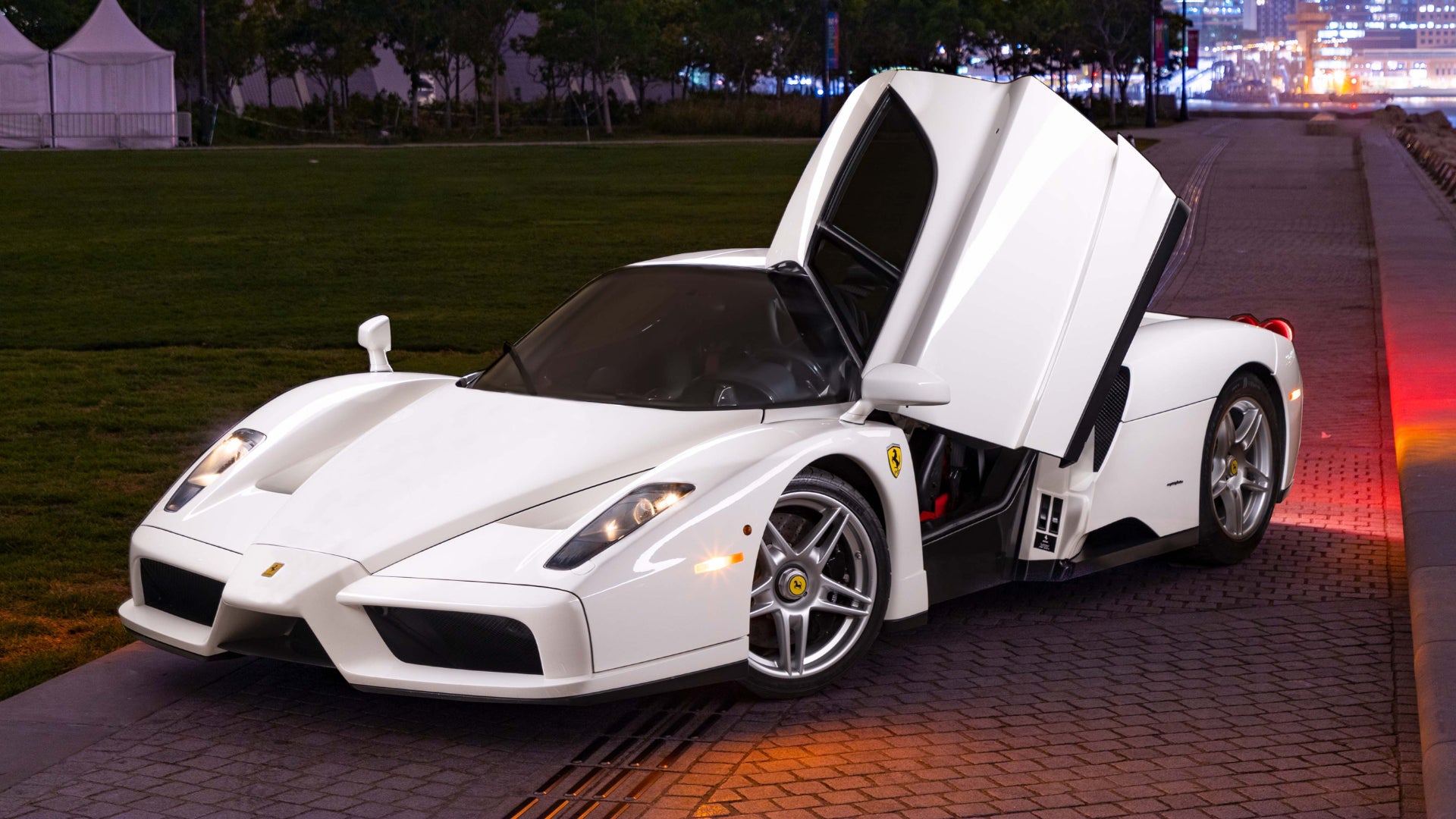 © The Only White Ferrari Enzo Is Now Up for Sale
Share This
Article:
Font size:
Write a Comment Report
Print

If you've ever wanted a one-of-a-kind Ferrari Enzo, now is your chance. The only Enzo ever finished in white from the factory is now up for auction at RM Sotheby's.

The one-of-one Enzo, known by its chassis number 133023, has rarely been seen since it was built in 2003. Finished in a shade named Bianco Avus, it's the only Enzo that was ever delivered in white. It's being offered up for auction with just 9,600 km on the clock (or about 6,000 miles) and had its annual service performed in March this year.

Just 400 examples were built, but chassis 133023 is yet more exclusive. It's one of just 20 "Extracampionario" cars that were delivered with a non-standard paint finish. These cars went only to Ferrari's most treasured and dedicated customers, highlighting the stature the original owner held with Ferrari itself.

The striking white finish is paired with a black leather interior. The dash instruments are finished in Rosso Corsa, while the interior also features extra-large carbon buckets with rare black cloth inserts. Purists will be glad to know the vehicle comes complete with its "Red Book" from the Ferrari Classiche department. This confirms the vehicle's condition and its matching-numbers status, as determined by Ferrari's own personnel.

The car was originally sold to a highly private German-Swiss billionaire, who mostly kept it behind closed doors for the last 18 years. Through Ferrari Central Europe in Germany, the car was then delivered to the owner via Symbol Automobiles in Switzerland. The car spent much of its time sitting in the dealership window, as it was used rarely by the owner.

The car was then exported to Hong Kong in 2011, where it remained unregistered due to being left-hand drive. Since then, it has been temporarily imported to Canada, and there may be import duties to pay for the winning bidder. However, the auction photos appear to have been taken along the Hong Kong waterfront.

The Ferrari Enzo was built as a tribute to the company's founder, Enzo Ferrari. It boasted a 6.0-liter naturally aspirated V12, good for 651 horsepower and with a mighty 8,200-rpm redline. The mid-engined supercar was built with a carbon composite body, automated manual gearbox, and carbon brakes cribbed from F1 technology, along with active aero to help keep it planted on the tarmac.

Bidding on the Enzo begins at 9 a.m. BST on June 29 and closes at 5 p.m. BST on June 30. It's offered without reserve, so if every big-time Ferrari collector on Earth happens to miss this one, you could theoretically score a great bargain. We wouldn't bet on it, but may the odds be ever in your favor.