Put on your headphones, or at least warn everyone around you of what’s about to blast through your speakers. 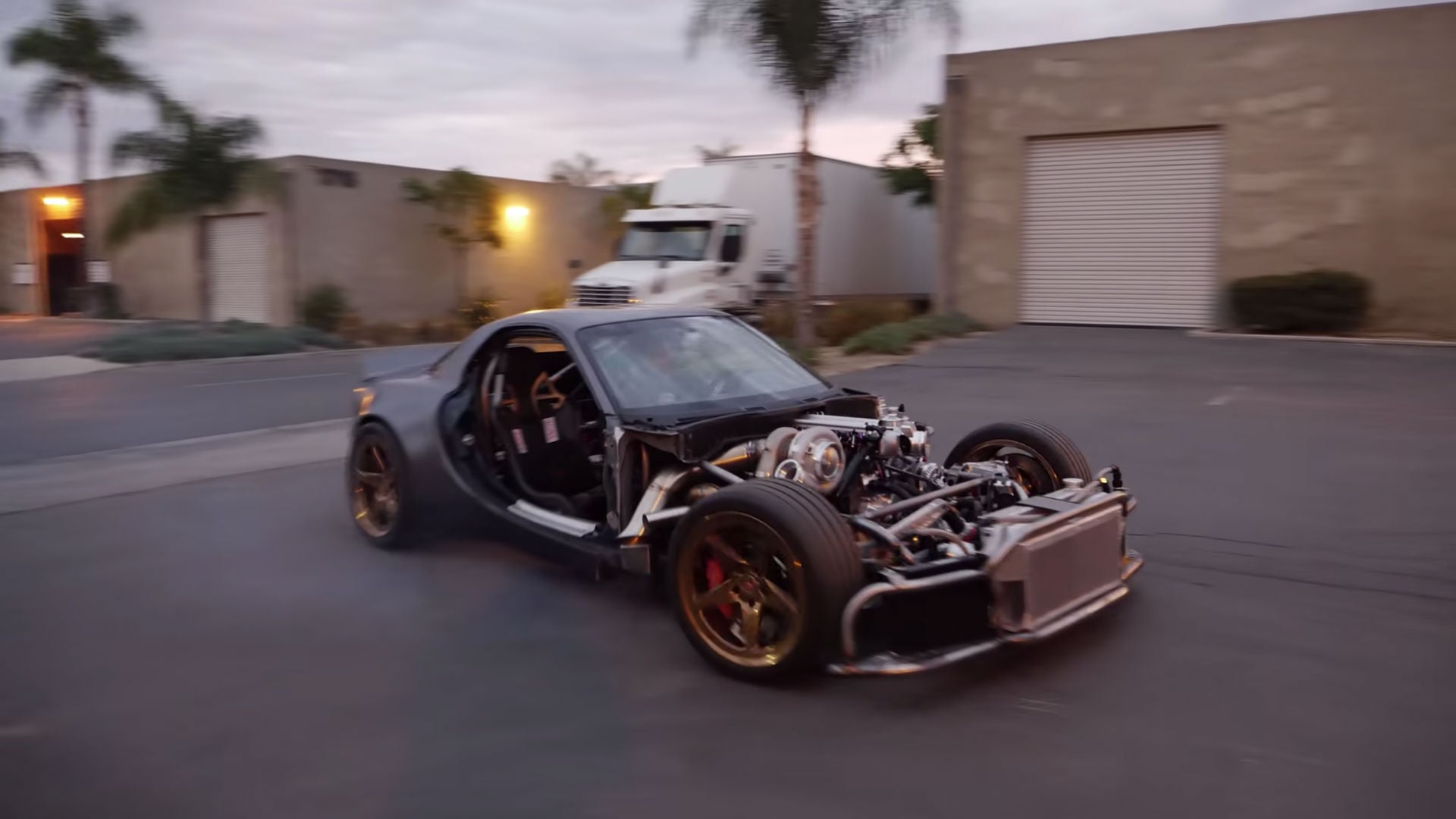 Even if you forget its appearances in the Fast and the Furious franchise, the third-generation Mazda RX-7 is one of the most legendary Japanese cars ever made. It’s got all the curves, makes all the right sounds, and can produce massive power with the right setup. One thing it's never had, though, is all-wheel-drive and one dedicated YouTuber set out to change that a few years ago. Rob Dahm recently posted an update to his channel to show off the four-rotor RX-7 build he’s been tweaking and even in its unfinished form, it’s quite the feat of engineering.

Though it’s not quite ready to hit the road, the four-rotor Mazda has passed the all-wheel-drive test. In Dahm's most recent videos, his excitement is noticeable as he takes it for a spin and gets the car ready for tuning. The RX-7 is actually able to move on its own, but Dahm admits that there’s still plenty of work to be done.

The project was first announced on his YouTube channel back in 2016, so it's obviously been quite the undertaking to get it this far. According to a previous video, Dahm has spent over $175,000 building the RX-7. The original goal was to create a road-legal machine that could beat the 242-mile-per-hour speed record for a rotary car, which was set by Mazda and Racing Beat during a run on the Bonneville Salt Flats over 20 years ago.

Many YouTube builds seem to be held together with spit and bubblegum, but this project is on a completely different level. The amount of engineering that Dahm and his crew have put toward getting the car moving is staggering, and the fact that it’s now close to running as intended is a testament to their dedication...or lack of sanity. Even in its skeletonized form, the Mazda sounds gnarly and the turbo setup looks great sitting in the engine bay, so we're stoked to see the finished product when it finally hits the road.