Home
The Garage
What Are The Advantages and Disadvantages Of A Hybrid Car?
Scroll Down To Discover
The Garage

What Are The Advantages and Disadvantages Of A Hybrid Car?

Are you team Larry David? 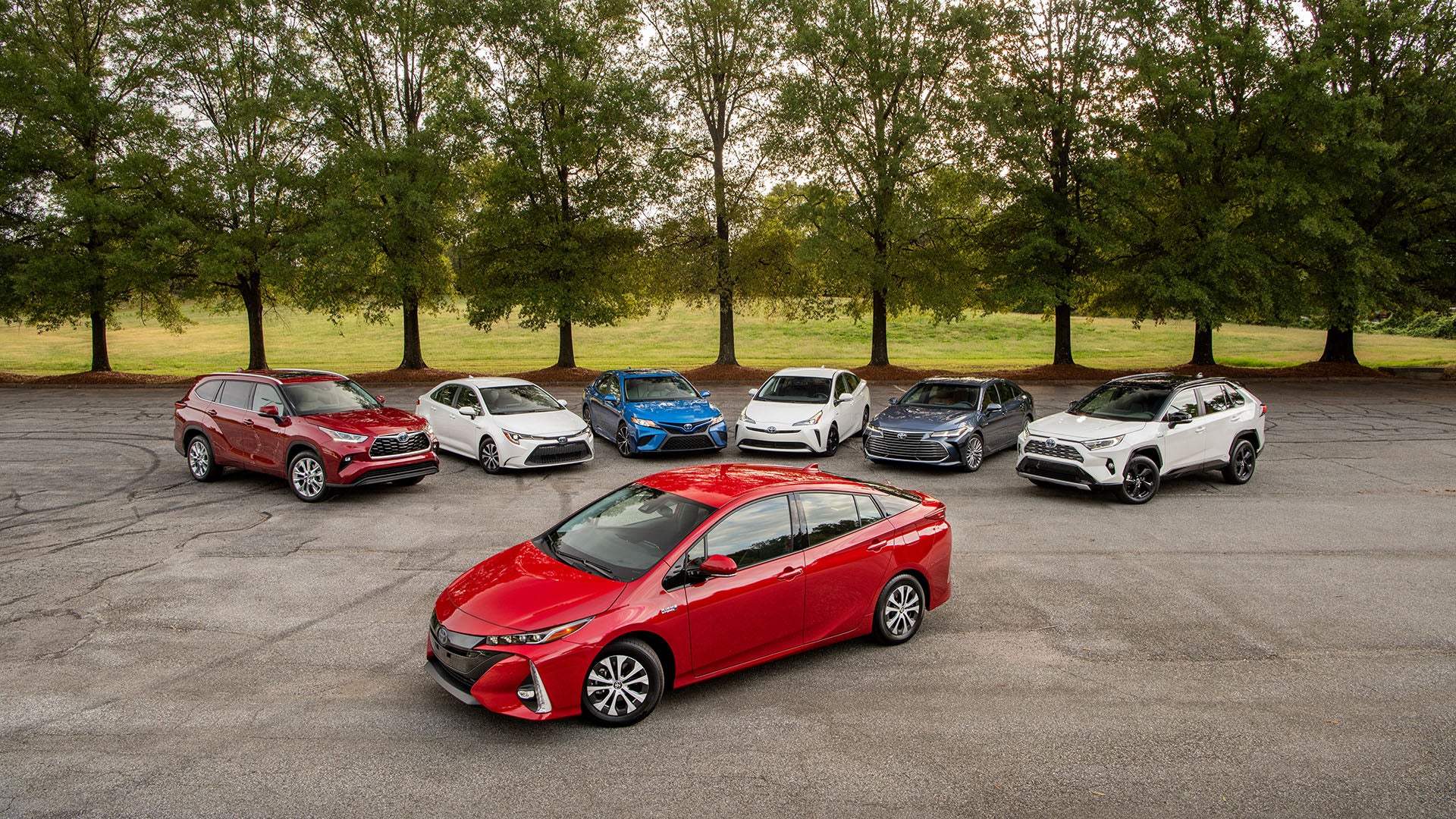 © What Are The Advantages and Disadvantages Of A Hybrid Car?
Share This
Article:
Font size:
Write a Comment Report
Print

America is slowly shifting away from gasoline-gulping vehicles toward electric vehicles (EVs), and the key transitional link between the eras is hybrid technology. Hybrids blend gas and electric power into one system to make environmentally friendly vehicles that are free of EV range anxiety.

Manufacturers have been touting the advantageous fuel efficiency of hybrids throughout The Prius Era, but they have yet to be universally accepted across all consumers, and for good reasons. Just as they have perks, hybrids also have significant issues.

If you’re in the market for a new car and a hybrid is in play, The Drive’s informational team is here to explain how a hybrid works, why they can be perfect vehicles, and why they can leave much to be desired. Here are the advantages and disadvantages of a hybrid car.

What Is a Hybrid Car?

A hybrid vehicle is one that uses two types of fuel and energy sources to achieve a singular goal of efficient propulsion. The most common type of hybrid vehicle blends a gasoline-powered combustion engine with one or more electric motors and a battery storage pack to achieve better fuel economy than a vehicle with only a combustion engine. Hybrids also use regenerative braking to return small amounts of electricity to their batteries.

What Is Regenerative Braking?

Regenerative braking is the act of recovering energy through the car’s braking system. Typically, when a non-hybrid car brakes, kinetic energy is transformed into heat and released due to the friction between the brake pads and the brake. When the brake pedal is pressed on hybrid and electric vehicles, the electric motor turns into a generator, and the wheels transfer the energy from the drivetrain to the generator. The generator then turns the kinetic energy into electric energy and stores it in the battery. The generative energy torque from the generator slows the vehicle down.

MPGe, which is used to measure the “fuel economy” of hybrid and electric vehicles, stands for miles per gallon equivalent. According to the United States Department of Energy, 33.70kWh of electricity has 100 percent of the energy of one gallon of gasoline. Thus, if a vehicle is able to run for 100 miles on 33.70 kwh, it is rated at 100 MPGe.

On mild hybrids, the electric components are not capable of directly driving the wheels on their own. Instead, a small battery pack and electric motor act as assistants to help improve fuel economy, slightly increase performance with bursts of torque, regenerate energy, and power accessories. One of the most common jobs for an electric motor in a mild hybrid is to double as a starter and power the start-stop technology. More capable and efficient mild hybrids with 48-volt battery packs have recently proliferated throughout the industry.

A full hybrid car has electric components that can directly drive the wheels on their own, without the gas engine. Different types of full hybrids include parallel hybrids, series hybrids, and plug-in hybrids.

Parallel Hybrid: This is the most common type of hybrid. On parallel hybrids, both the battery-fed electric motor and gas engine have direct connections to the drive wheels through a coupling mechanism such as a transmission. Parallel hybrids can have one, two, or three electric motors, depending on the vehicle.

Series Hybrid: Think of a series hybrid as an electric vehicle with a gas-powered generator attached. With no direct connection to the drive wheels, the gas engine recharges the battery while the electric motor(s) handles the propulsion. A perfect example of a series hybrid is the quirky and cool BMW i3 with a range extender.

Plug-In Hybrid (PHEV): A plug-in hybrid is essentially a parallel hybrid with a larger battery pack that requires charging from an external source through a plug. By storing more energy, a PHEV can drive using 100 percent electric propulsion, though the amount of pure-electric range is still limited to relatively short trips around town. Plug-in hybrid technology has been applied to pedestrian vehicles such as the now-dead-but-still-great Chevrolet Volt, as well as performance-minded hypercars such as the McLaren P1.

The decision to buy a hybrid car should not be taken lightly, as they have good and bad qualities just like anything else. It’s up to you to decide: Do the advantages outweigh the negatives?

Fuel economy: Whether you care about the earth or not, increased fuel economy means fewer trips to the gas station and more money in your pockets.

Environmentally friendly: The entire point of hybrid vehicles is to reduce emissions and protect the environment through better fuel efficiency.

Performance: In certain applications such as the Acura NSX, gasoline and electricity work in tandem to produce increased performance through extra power, extra torque, wheel control, traction, and braking.

Unique trimmings: Manufacturers often want to alert the world that its hybrids are hybrids, so these models are often fitted with unique exterior lighting, extra badging, limited colors, wild designs, and eco-friendly alternative materials. Everybody knows the Prius because nothing else looks like it.

No range anxiety: One of the primary reasons consumers avoid electric vehicles is the fear the car will die and leave its occupants stranded. It’s a phenomenon known as range anxiety, and it’s completely eliminated on hybrid vehicles with backup gas power.

Price: Thanks in part to the extra costs of researching and implementing their technology, hybrid models often cost more than the traditional base gasoline variants of the same model.

Performance: When fuel economy is prioritized over fun and engagement, enthusiasts will see themselves out.

Packaging: Although variety is increasing in the hybrid market due to increased saturation, hybrids are often built to specific parameters for specific people. Unfortunately, this means the buyer has less flexibility in choosing the trims and features he or she wants. For example, Toyota only recently drastically expanded its Prius audience by introducing an all-wheel drive option.

Complex to wrench on: Hybrids are generally more complex and more difficult to fix than traditional combustion cars. If a person isn’t comfortable working on their own vehicle, he or she might end up spending more money at the shop.

Rare-earth metals and mining: It can be true that hybrids are both helpful and harmful to the environment at the same time. Although they reduce emissions and greenhouse gases, large batteries in hybrids and electric vehicles utilize materials that are harvested and mined from the earth. The increase in hybrid popularity means these materials are mined at a greater rate, and in some cases, the mining operations are unfair and unsafe to its workers.

Batteries die: Until batteries can be efficiently and cost-effectively recycled, there will be concern about how to dispose of millions of large dead battery packs.

Looks: This is changing, but there aren’t many legitimately beautiful hybrid vehicles out there, and a cool affordable mass-market hybrid still does not exist. The new Ford Bronco hybrid could change that.

Plug-in hybrids require a plug: For a variety of reasons such as apartment rules, some people are unable to install home plug-in systems for easy charging. That can be extremely inconvenient.

What Are the Best Hybrid Cars?

“Best” is subjective, based on the budget, desires, and priorities of the buyer, but here are some of the objectively solid hybrid offerings on the market today.

2020 Hyundai Ioniq Family (55/54/55 mpg):  Hyundai has developed the four-door Ioniq hatchback into a hybrid, a plug-in hybrid, and an electric vehicle with up to 170 miles of range. The Hyundai Ioniq Hybrid Blue is EPA-rated at 57/59/58 mpg. Starting at roughly $25,000, it’s one of the best hybrid offerings on the market.

2020 Honda Accord Hybrid (48/47/48 mpg): The four-door Honda Accord family sedan is one of the best cars for sale in America, full stop. The option for a hybrid model that gets nearly 50 miles per gallon further cements its standing.

2020 Ford Escape Hybrid (44/37/41 mpg): With no sedans left to sell, Ford is betting big on its crossovers, SUVs, and trucks. The new Escape has curvy European styling and is available as a hybrid that’s rated to get more than 40 mpg.

2020 Chrysler Pacifica Hybrid (82 mpge combined, 32 miles electric range): The hybrid Pacifica could end up being one of the most complete family vehicles ever offered. It’s legitimately attractive, inside and out, extremely versatile, and can seat up to seven people.

2020 Acura NSX (21/22/21 mpg): The new NSX might not be naturally aspirated like its predecessor, but it’s an underrated and overlooked machine that will forever live in history as one of the first legitimate hybrid supercars.

2020 BMW i8 (69 mpge, 18 miles electric range): BMW produced two of the most interesting vehicles of the century when it launched the i3 and i8 programs. Whereas the i3 is a highly advanced city car, the i8 fills a small niche as a luxury plug-in hybrid sports car with other-wordly looks.

2020 Lexus LC 500h (27/35/30 mpg): Touting one of the most beautiful design executions in recent memory, the LC is a nearly perfect luxury grand tourer. Its performance isn’t supercar strong, but its plush interior and comfortably composed ride make it a private haven.

Got a question? Got a pro tip? Send us a note: [email protected]