Why Tesla’s ‘Million-Mile Battery’ Could Be a Game-Changer

Tesla’s Battery Day announcement has been delayed for obvious reasons. But it could be Tesla’s biggest announcement yet. 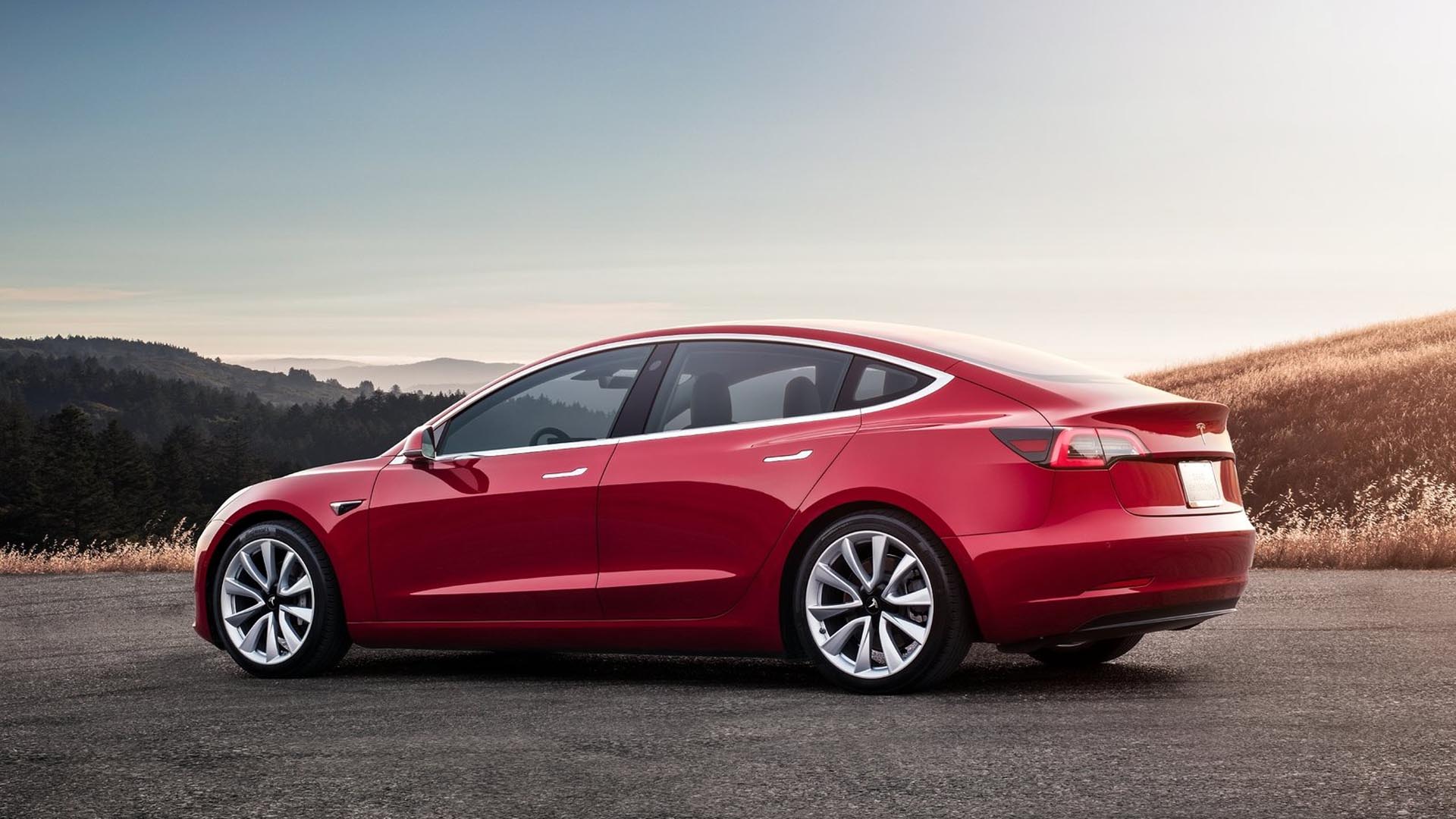 © Why Tesla’s ‘Million-Mile Battery’ Could Be a Game-Changer
Share This
Article:
Font size:
Write a Comment Report
Print

Good morning and welcome back to Speed Lines, The Drive's morning roundup of what matters in the world of cars and transportation. Great news: we made it to Friday, yet again. Congratulations to all involved. Today we're talking about Tesla's big battery plans, safety at the auto plants set to reopen on Monday and Ford's battle to reassure Wall Street that it knows what it's doing.

We touched on this a little bit in yesterday's edition of Speed Lines, but I wanted to devote a bit more internet ink to the report that Tesla may soon deploy a new kind of low-cost, low-cobalt, long-lasting EV battery. We've known Tesla has been researching this for a while and General Motors seeks to do something similar, but if this works, it could drop the cost of EVs to where they have parity with gasoline-powered cars. No more paying $45,000 before federal tax incentives for something with 200-plus miles of range, in other words. This could be a transformational event for the auto industry.

Supposedly this was to be debuted at an upcoming "Battery Day" event; more on that momentarily. For now, I'll point to Tech Crunch, which explains why this is so important:

Ordinarily, automakers, including Tesla, point to lifetime fuel savings and tax incentives provided by local, state and federal governments as mitigating factors that mean the lifetime cost of an EV is equal to or less than that of a gas car, but if Tesla’s new battery tech can change the dynamics so that the price on the sticker is also lower than a gas vehicle, that would be a significant driver of broader EV adoption.

Tesla will first launch the new battery in China, Reuters says, beginning with the Model 3. It then plans to roll it out to other vehicles and markets, and ultimately produce batteries with new manufacturing processes that are meant to bring down labor costs while raising output volume, at so-called “terafactories” that would span up to 30 times the space of the current Tesla Gigafactories, including the one in Nevada.

It's expected that Tesla will no longer have to bundle battery cells before their installation in final battery packs, which saves on weight and costs. This will also come with better recycling methods so the batteries can be reused in other applications later on. Cheaper, easier to make, longer-lasting, less impactful on the planet—this is a Holy Grail scenario, if it can be done.

Having said all that, Musk announced in a tweet—of course—that Battery Day will likely be delayed, or split into separate events. He seems worried attendance would be low thanks to coronavirus.

So to recap, the guy needs his car factory open now, outbreak be damned, but doesn't want to risk losing a big crowd for his new tech's coming out party. I think that says a lot.

In recent years Ford and GM have had a similar problem: convincing Wall Street investors that they're able to weather another economic downturn, and transition to a future of driving centered around EVs and mobility. So far GM has done much better in that regard, as it has in normal financial measures as well. Ford had a rough 2019 and a net loss of about $2 billion in Q1 this year thanks to the pandemic.

Naturally, company scion Bill Ford and his CEO Jim Hackett—who was under the gun even before the world went to hell—are working overtime to turn things around in the eyes of investors. While the Ford family still maintains majority control of the company, investors are antsy over Hackett's three years of declining profits, a looming $6 billion restructuring and now the pandemic as well.

Here's the Wall Street Journal over that tension:

Executives told investors during a webcast of its annual meeting that 2019’s results fell short of goals, in part because of unexpectedly high warranty costs and a troubled rollout of a redesigned Explorer sport-utility vehicle.

They said the company is belt-tightening while preserving capital for key programs, including a revamped F-150 pickup truck and several new electric models in the works. “We feel very good about our plan,” said Ford Executive Chairman Bill Ford Jr. “Look, management’s compensation is heavily tied to our stock, so it’s in everyone’s interest to get our stock price back up.”

Ford’s shares have fallen 47% this year through Thursday, compared with a 42% drop in an index that tracks the auto sector, and lagging behind rival General Motors Co., which has seen its stock drop 39%. Ford shares closed up 3.6% Thursday, at $4.89, still near their lowest levels since 2009.

Shareholders, who were asked to submit questions electronically, pressed company leaders about the lagging stock price and wanted to know whether Ford would restore its dividend, which it cut in March to save about $2.4 billion annually.

I suppose we'll see how long investor patience lasts, but GM's definitely the one ahead in this rivalry.

Finally, this is very good from Automotive News: a look at safety procedures at auto supplier Lear Corp. in Flint, Michigan. Expect a similar playbook to be followed at most other plants next week.

Pinched at the end was a fresh basic surgical-grade mask. A thumbs up signaled to the next masked man that I had not knowingly been in contact with a person infected with COVID-19, nor was I experiencing any symptoms. My temperature was taken and I was permitted to enter the facility.

[...]  Once inside, the Flint factory is largely the same as all modern manufacturing plants, organized and surprisingly clean. But the first thing workers will notice on Monday is an overabundance of signage, directing them down now one-way paths and blue circles on the floor neatly spaced 6 feet apart anywhere people may congregate. There is one way in and one way out of bathrooms, cafeterias and up and down stairs. Workers are instructed via orange dots on every sixth step how to maintain distance. Masks are required.

Drinking fountains are also shut down, save for the water bottle filling stations. Sanitizer is everywhere, at least two within eye shot at any point in the plant. In the cafeteria, each four-person table is outfitted with quadrant of plexiglass, blocking respiration of unmasked employees as they eat.

Worth a read in full if you want to know what the new normal will look like. The question now is this: will it all work?

Toyota plans to cut Japan car output by 122,000 units in June due to virus (Reuters)

All the Presidents’ TV Shows: Series That Defined Each Era (Rolling Stone)

If the cost of a high-range EV was finally on par with a gasoline car, would you buy one?