There are plenty of interesting details here, as you’d expect from a manual that’s longer than any Lord of the Rings book. 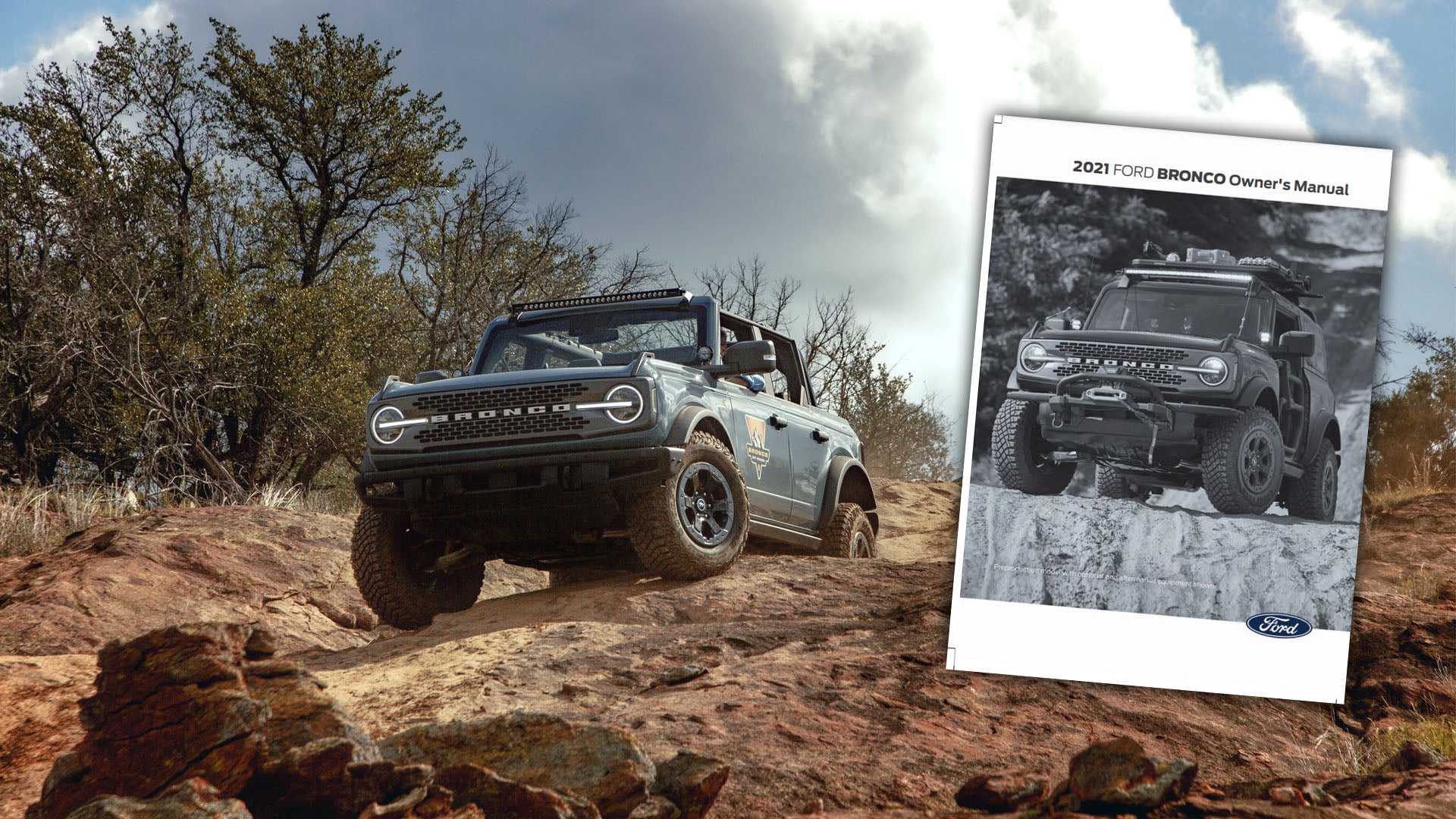 The new Ford Bronco has been hit by shortages of all kinds due to the pandemic. From semiconductor chips to roofs, it's an ongoing saga that Ford is managing carefully. Part of that management is appeasing reservation holders, which the Blue Oval has done along the way by offering customers extra options, rebates, free trips to Bronco off-road driving events, and now something a little simpler—the owner's manual.

Let's cut to the chase: it's 552 pages long. Most everything is pretty run of the mill but from what we've read so far, there are some interesting tidbits, especially those mentioning a potential hybrid variant of the Bronco.

Really, the manual more or less confirms the existence of a future hybrid Bronco, and it just might be a plug-in. That's big news. We say this because it states in the "Storing Your Vehicle" section that, for "Hybrid Battery Systems," you should discharge your battery to 50 percent before storing the vehicle for more than 30 days, and maybe disconnect the regular 12-volt battery as well. It may sound strange for such a vehicle to have a regular 12v battery, but that's the case with pretty much all electrified cars, including Teslas.

There's never been a real doubt that an electrified Bronco would be available one day. From teasers showing hybrid battery management gauges upon debut to talk from Ford CEO Jim Farley about Bronco EV development, it's always seemed like a sure thing. Regardless, the fact that it's included in this early piece of literature reinforces it all.

There's no official word from Ford, of course, but it'd make sense to bet on a Bronco hybrid trotting out prior to an all-electric one. The automaker is likely to test the waters with its electric F-150 Lightning before rolling out a solely battery-powered Bronco to traditional customers; pretty handy when you can use the country's best-selling vehicle as a test dummy.

Aside from the hybrid deets, the Bronco's interesting start-in-gear function is detailed for stick-shift versions as well. According to the manual, the feature can be used without depressing the clutch pedal. That may sound odd, but the system essentially does an automatic start for you instead of the driver having to attempt a hill start. If you stall and you're in four-wheel drive low, all you have to do is depress the brake down hard and accept a prompt on the dashboard. When you release the brake, the manual says "the engine starts, runs and launches the vehicle in gear." I... would like to experience that. The manual says that as long as you're in low-range, this can be done in any gear. Very interesting.

Another interesting off-road feature buried in the manual is "Roll Stability Control." Apparently it's a system similar to a conventional stability control system, except it brakes individual wheels to prevent a rollover incident. It appears as if it's a function baked into the regular stability control, which might cause a bit of trouble off-road. If you have to spin the wheels a bit but still want that feature, well, you may not be able to get it.

There's a slew of other small things strewn about as well. Start-stop will reset itself every time you turn the car off; you can turn off the car's over-the-air updates if you like; and Ford doesn't recommend carrying any weight on the roof of Broncos equipped with the Sasquatch Package. The latter is probably for insurance reasons, but it says it nonetheless.

We're still thumbing through the incredibly detailed manual but if you've spotted anything worth talking about, shoot me an email.