GMC May Be Fast-Tracking Production of Mid-Size Hummer EV: Report

History doesn’t repeat itself, but it usually rhymes. 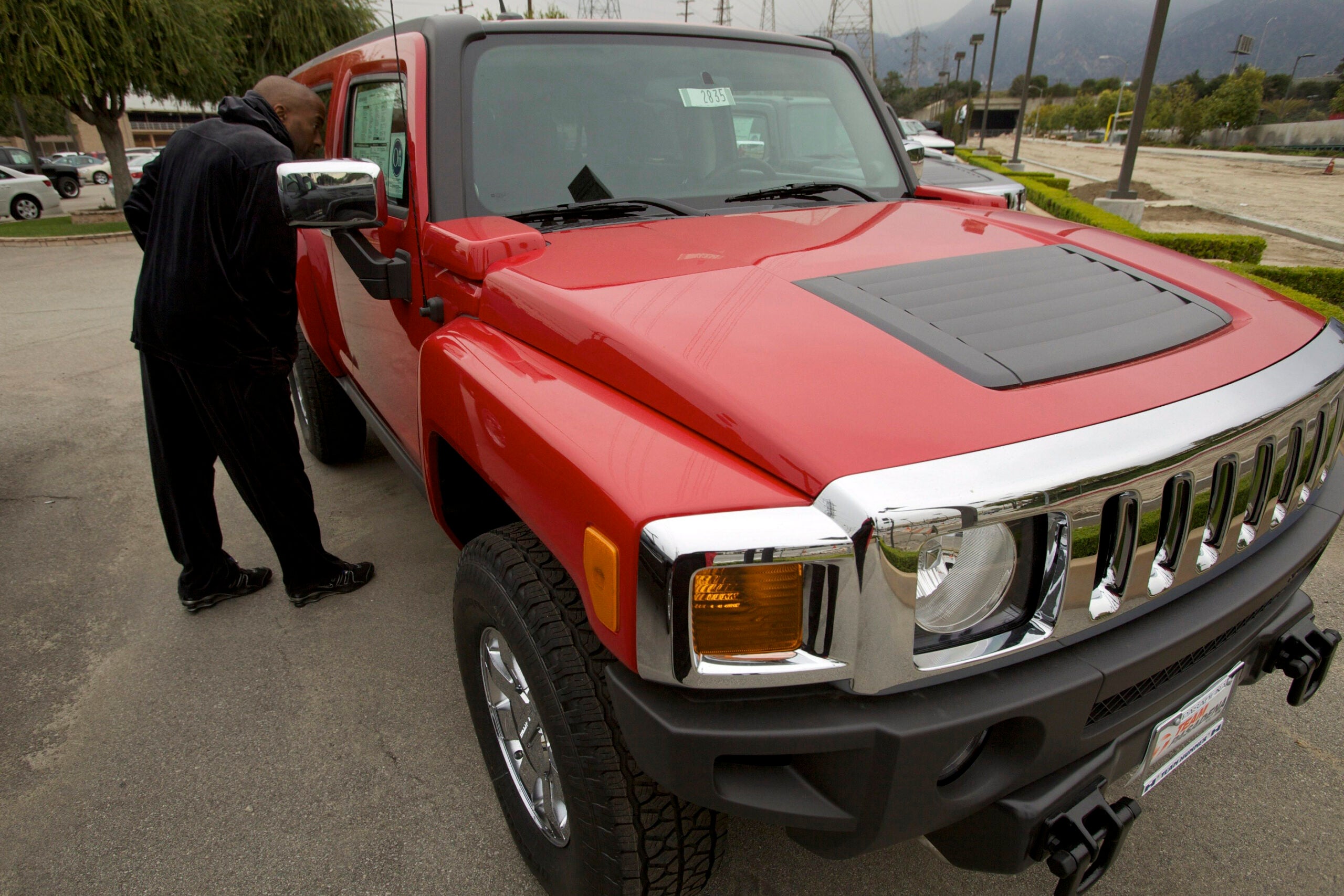 There aren’t many 2022 GMC Hummer EVs on the roads yet, but that hasn’t stopped General Motors from considering a follow-up to the all-electric truck.

Bloomberg reported Thursday that GM has progressed to a design concept for a smaller, all-electric Hummer EV that would have a good chance of eventually being produced. Executives are also fast-tracking the project, according to people with knowledge of the automaker’s plans.

A spokesman for GMC declined to comment to The Drive on the story.

GMC offers the Hummer EV pickup truck now in very limited numbers and will roll out a Hummer EV SUV next year to add to the lineup. It’s unclear what a smaller Hummer EV would be based on, or how relatively small it would be compared to the 9,000-pound behemoth Hummer EV on sale now.

GM has rolled out a slew of EV SUVs and trucks recently, including the Cadillac Lyriq, Chevrolet Blazer EV, Equinox EV, and Silverado EV. The Bloomberg report speculates that a smaller Hummer EV could directly compete against Rivian’s R1T truck, which is smaller than the Ford F-150 Lightning and Silverado EV. GMC’s Sierra EV is in the works as well, although it’s unclear if a Hummer EV would be comparably sized or smaller to avoid cannibalizing sales.

Of course, a lineup of Hummer vehicles has happened before. GM purchased the brand in the late 1990s from AM General and marketed the blocky SUVs as a macho alternative to others. The civilian H1 garnered attention from celebrities and others, and the smaller H2 won over many buyers with its brash looks and truck frame underneath. The H2 eventually spawned a pickup and GM made a smaller H3—SUV and pickup—before shuttering the brand in 2010. Although Hummer was popular for its pumped-up looks, the brand became a poster child for “conspicuous consumption” during a recession era.

In 2020, GMC revived Hummer as a sub-brand and released the Hummer EV.

Got a tip? Send it in to [email protected]