We can only hope it’s as close as possible to the Santa Cruz concept from 2015. 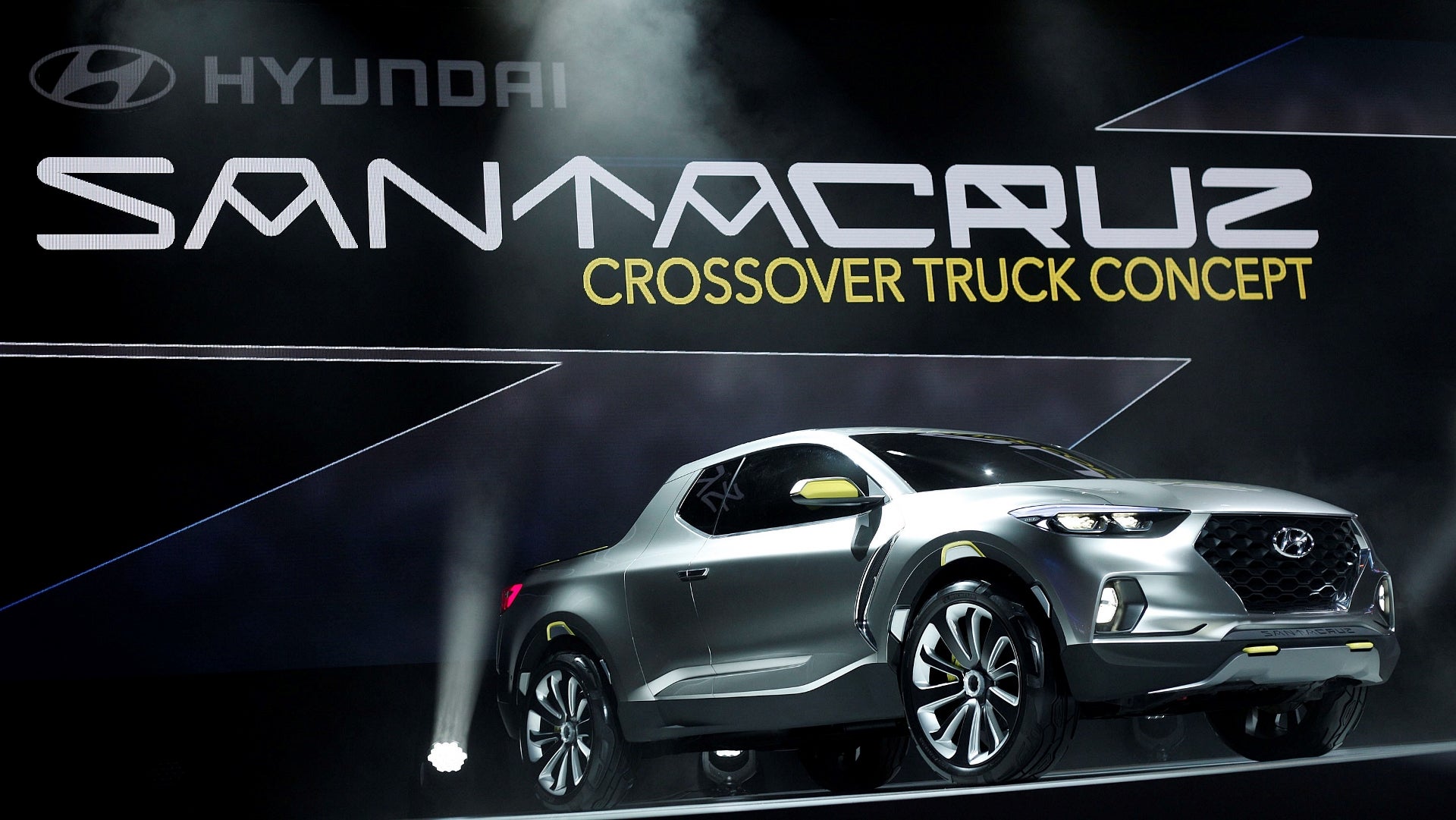 Since small car sales are falling and small cars make up much of Hyundai’s bread and butter, the carmaker is planning on shaking up its lineup in the near future. These changes will include multiple new crossovers already in the pipeline—but now there’s a new pickup truck in the mix. Hyundai’s U.S. vice president of corporate and product planning has confirmed to Reuters that the company will bring a light pickup truck to the U.S. market, in an effort to boost its sagging sales numbers.

The last we heard from Hyundai about a pickup truck was the Santa Cruz concept (pictured above) we saw at the 2015 Detroit Auto Show. It looked like a futuristic Hyundai crossover with the top back part of the vehicle chopped off to make a truck bed.

And it’s possible that that’s exactly what the production pickup we get will be. The Santa Fe is slated for a big, new, three-row replacement in 2019; it's eas to imagine Hyundai morphing that into a pickup truck, kind of like how Honda turned the Pilot into the second-generation Ridgeline. Could the lone unibody, front-wheel drive pickup truck on the market be in for some competition?

Regardless of how the company does it, a refreshed Hyundai lineup can’t come soon enough. Sales are down in the US almost 11 percent so far this year, with sales of the Sonata sedan slipping 30 percent. Its SUVs, however, are up 11 percent in the same timeframe. Hyundai says It'll have three new or refreshed SUVs in showrooms by 2020, but we don’t have an official timeframe for the new pickup. Here’s hoping that the new truck can get people excited about small, quirky pickups.