A healthy portion of buyers sprung for the high-powered GT trim, too. 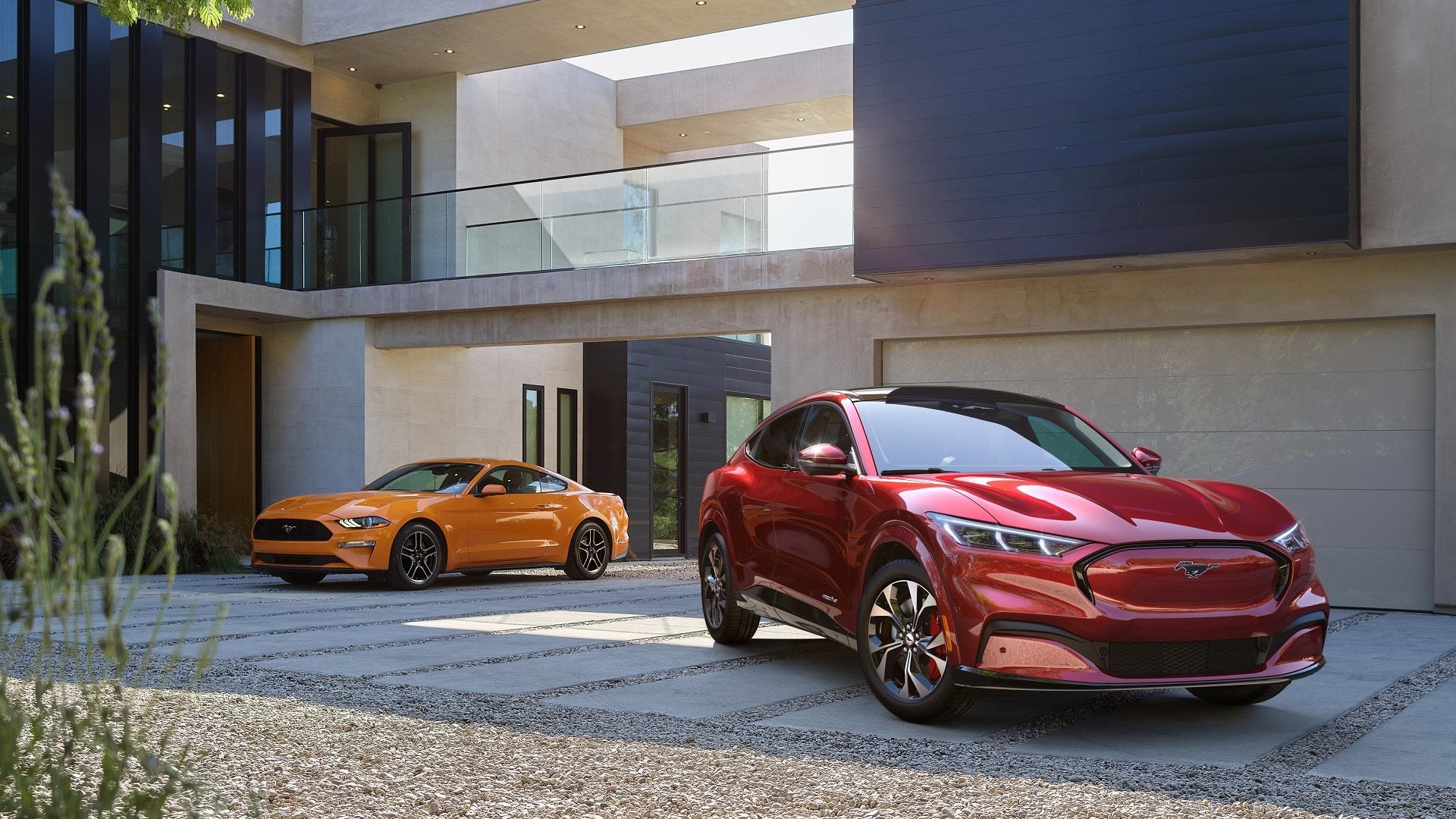 Despite the car's controversial name, reservations for Ford's Mustang Mach-E electric crossover are flying off the proverbial shelves. From standard range models to the top-tier GT performance trim, the divisive "icon"—Ford's words—has proved pretty popular to this point. In a short release, Ford even confirmed that pre-orders for the First Edition have already sold out.

The First Edition Mach-E is available in three colors: red, gray, and that bright blue that appears in much of this car's marketing. Three guesses as to which one is most popular among the resale-value obsessed buying public. Thirty-eight percent of the limited edition crossovers will be painted Carbonized Gray while Grabber Blue and Rapid Red account for 35 and 27 percent of the build slots, respectively.

Other Mach-E pre-order statistics include all-wheel drive being selected on 55 percent of the initial production pie as well as the Extended Range Battery being equipped on over 80 percent of U.S. orders, an option that gives the Mach-E around 300 miles of range. Standard-range examples are expected to boast a single-charge range somewhere in the low-200 miles. Ford also says that 30 percent of American buyers are shelling out for the $60,500, top-trim GT version that can apparently hit 60 mph somewhere in the mid-three-second range. For comparison's sake, Select, Premium, and First Edition Mach-Es will apparently do the sprint in the mid-fives while the more relaxed California Route 1 model clocks in somewhere in the mid-sixes.

Speaking of Cali, Ford adds that over a quarter of all Mach-E orders are coming from the Golden State.