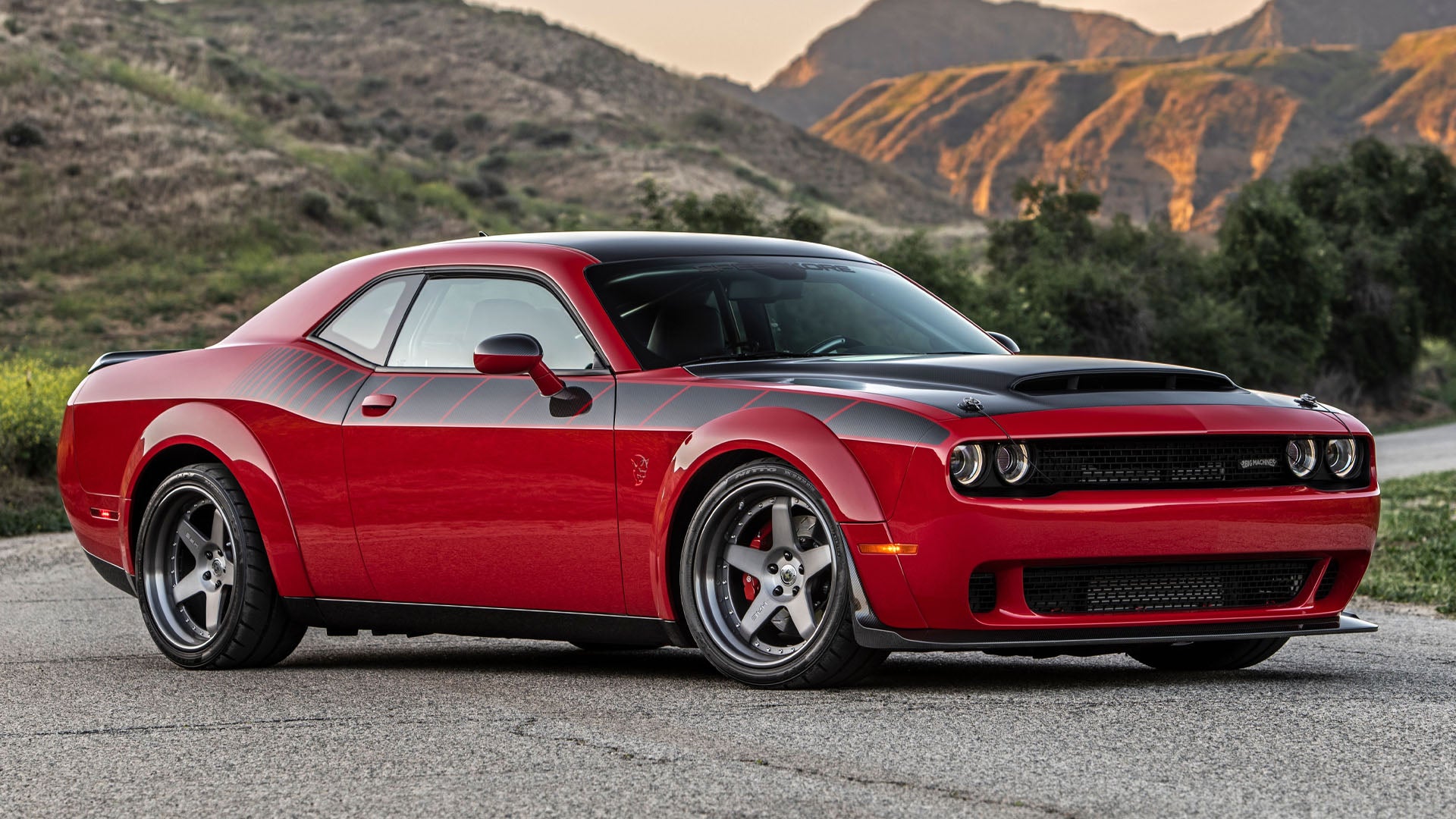 Dodge is leaning way into the V8 muscle car scene during its final days. It's currently celebrating the life of its soon-to-depart Hellcat engine by releasing a slew of special editions as well as bringing back the 700-horsepower Durango as an extra plus. It's not stopping there, though. As part of its revived Direct Connection performance program, it's selling speed parts straight to customers through select Dodge Power Broker dealers. Now that includes custom carbon fiber components for the latest Challenger from Speedkore.

Speedkore definitely has a history with the Dodge brand. It helped build a full carbon 1968 "Hellucination" Charger for Stellantis' chief designer Ralph Gilles, but these offerings are going a lot more mainstream. It will sell you a full carbon rear spoiler, rocker panel set, rear diffuser, and wide-body front splitter all directly from designated Dodge dealerships.

All of the parts SpeedKore is producing for Dodge can be installed using factory hardware. Dodge Power Brokers will, of course, sell you that as well. Power Broker dealers specialize in selling and installing speed parts from Dodge's Direct Connection catalog, and you can find a full list of them on the Dodge Garage website.

In addition to the carbon fiber parts, Direct Connection also offers a slew of engine performance components, suspension upgrades, entire crate motors, and more. It's all a part of Dodge not only embracing its muscle car following, but also making more money off of ICE enthusiasts as electrification becomes a reality. Those who love internal combustion will pay extra to add performance to their vehicles. Dodge knows this, and by offering what are effectively aftermarket parts straight from the factory—with a warranty—it makes an appealing offer that many enthusiasts can't resist.